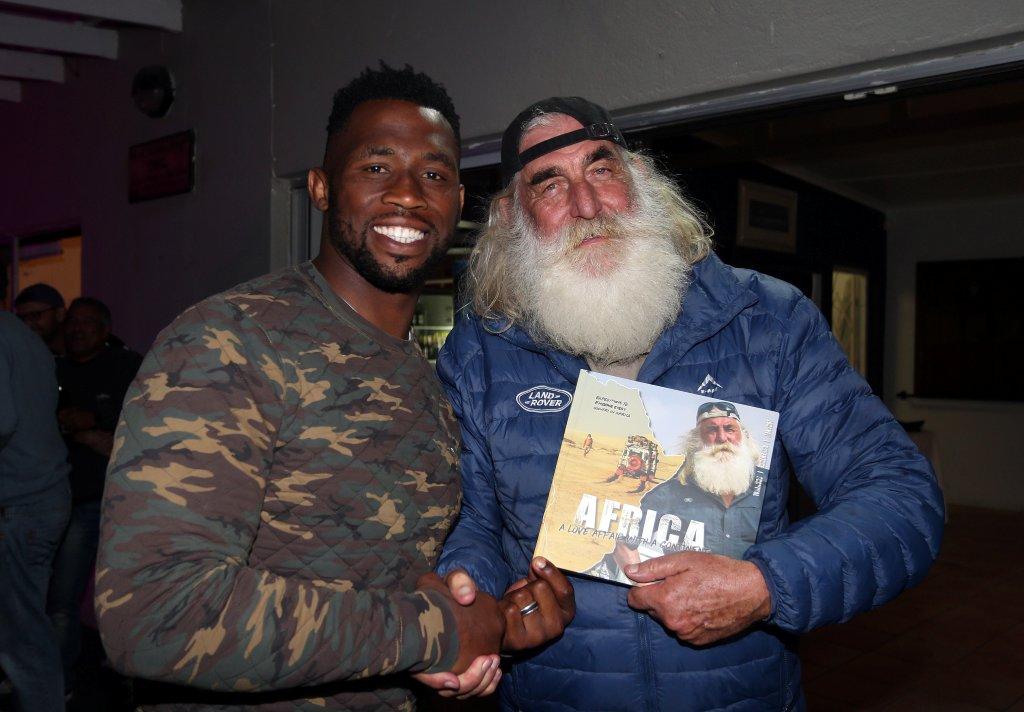 Brian Joss – With the start of the 2019 Vodacom Super Rugby season set to kick off on 15 February, Land Rover has brought two of its world-class partnerships together to give the DHL Stormers a competitive advantage.

Adventurer extraordinaire Kingsley Holgate and his expedition team hosted a group of DHL Stormers players for a special evening to discuss the value of teamwork ahead of their first clash.

Having recently completed an arduous journey from Cape Town to Kathmandu in a pair of Land Rover Discoverys, renowned storyteller Holgate was able to offer the team some valuable insight on the importance of preparation when faced with a monumental task.

“Each member of my expedition team has a crucial role to play as we navigate treacherous conditions around the world,”  said Holgate at the event.

“Driving our Land Rovers in convoy along seemingly unpassable routes might seem like a completely different challenge to what the Stormers are preparing for, but there are some remarkable similarities. With a common try line in sight, teamwork is key.”

Among the rugby contingent was long-standing Land Rover ambassador and Stormers captain Siyamthanda “The Bear” Kolisi who plans to lead his own team to victory over the next six months of Vodacom Super Rugby competition.

“Listening to Kingsley’s stories about overcoming the tough times he and his team have been through on their many treks is exactly the kind of encouragement we need as we head into battle,”  said Bok captain Kolisi.

“You need a good group of people to support you if you want to reach your dreams. Kingsley and his team set their sights on Kathmandu and achieved their goal by working together. The DHL Stormers’ sights are on the Vodacom Super Rugby trophy, and we plan to do the same.”

“There’s a tough year ahead for all three with Vodacom Super Rugby and the Rugby World Cup 2019 on the schedule, but we’re confident all the ingredients are in place for a strong challenge on both fronts. We’d also like to congratulate Kolisi on retaining the DHL Stormers’ captaincy again in 2019.”

Land Rover South Africa’s involvement with rugby extends over 20 years. From right down at grassroots level where the brand’s Rugby Goes Rural programme has supported rural rugby-playing schools around the country, to the sport’s pinnacle where the Springboks take on the toughest rugby-playing nations in the world.

In 2015 the term “Mud Brothers” was coined to demonstrate the distinct capabilities shared between Land Rover and the DHL Stormers. Follow the DHL Stormers and Land Rover partnership on social media using the #Mudbrothers hashtag.

The first Vodacom Super Rugby clash for the DHL Stormers is set for 16 February when they take on the Vodacom Bulls at Loftus Versfeld in Pretoria.