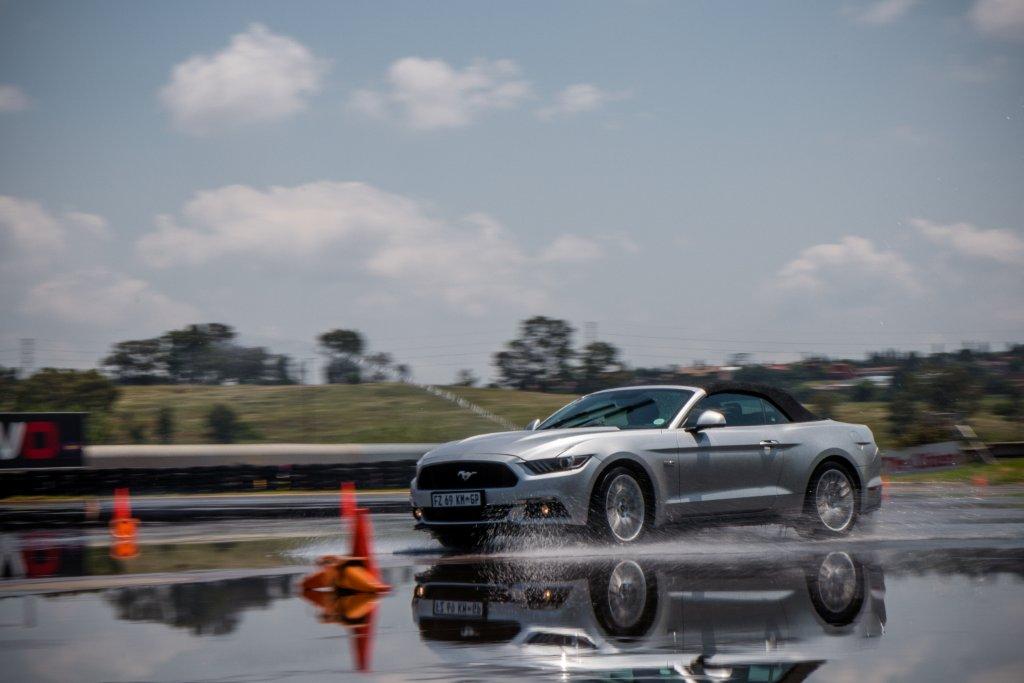 “It is well known that South Africa has one of the world’s highest number of traffic accidents, injuries and fatalities, with the Automobile Association highlighting that over 14 000 people die on our roads each year,” says Neale Hill, managing drector, FMCSA. “During the peak festive season, between 1 December 2018 and 8 January 2019, 1 612 people died on our roads, which was accurately described as a national disaster by Transport Minister Blade Nzimande.

“Through Driving Skills for Life, in association with industry partners, we are continually striving to create a far better understanding and awareness among the motoring public regarding road safety. Everyone needs to become more responsible and play their part in reducing the number of lives lost each year,” Hill states.

Introduced and backed by the Ford Motor Company Fund, DSFL is Ford’s flagship road safety campaign which was launched in South Africa in 2010. It has been rolled out to a further seven markets in Sub-Saharan Africa (SSA), comprising Nigeria, Angola, Kenya, Uganda, Zambia, Zimbabwe and Madagascar.

To date, more than 3 800 drivers have benefitted from the DSFL courses which are offered free of charge to customers in these markets.

“With Driving Skills for Life, we provide a crucial step in the learning process, providing new skills and information that isn’t shared with newly licensed drivers in basic driver education courses,” explains Derek Kirkby, training director for MasterDrive which runs the DSFL programme for Ford in the region.

“DSFL addresses the inexperience factor, and helps new as well as existing drivers improve their skills in the key areas that are critical factors in more than 60% of vehicle crashes. This includes hazard  recognition, vehicle handling, space and speed management, as well as distracted and impaired driving.”

One of the leading causes of collisions is drunk driving, which has a dramatic impact on the driver’s concentration levels, overall awareness, depth perception and peripheral vision, reaction times and reflexes. To prove the point, the Driving Skills for Life team uses drunk goggles that simulate the dramatic effects of driving under the influence of alcohol.

Additionally, a specially developed drug suit demonstrates the impact drugs have on the driver’s abilities behind the wheel.

Using a cellphone while driving has rapidly become one of the main contributors to traffic accidents, and the DSFL programme highlights the shocking reality of how texting while driving costs lives.

Ford has also made a concerted effort to address the high number of pedestrian deaths, having partnered with the Automobile Association (AA) through the #ISeeYou pedestrian safety and visibility campaign launched last year.

Around 40% of road deaths are pedestrians and commuters who are amongst the most vulnerable road users in South Africa*. Accordingly, the #ISeeYou national campaign set out to educate 25 000 commuters and pedestrians regarding the importance of seeing and being seen on the road in low light and at night. The project also distributed 15 000 commuters with high visibility reflective sashes to make them easier to see on the roads, thereby making a noteworthy contribution to pedestrian safety.

The DSFL programme also includes an important eco-driving element that educates drivers on the most effective ways of reducing fuel consumption and emissions, while minimising running costs and the impact on the environment.

Visit: www.ford.co.za/about-ford/driving-skills/ for programme details, including course availability and locations.

CAPTION:  Learning driving skills: the Ford Mustang is put through its paces at Zwartkops near Pretoria