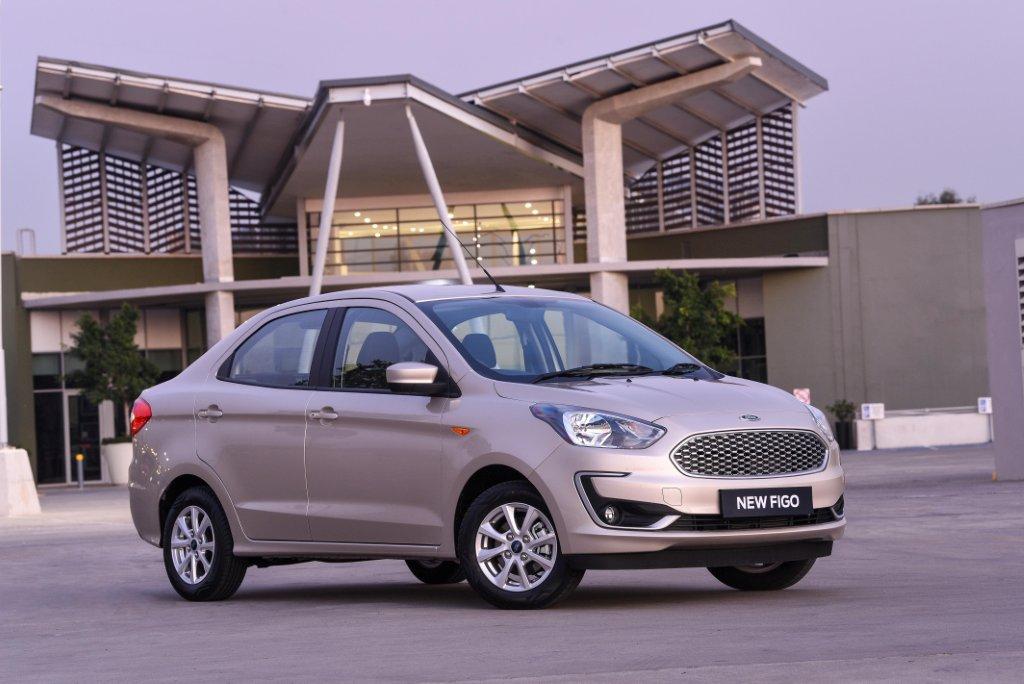 Brian Joss – If you’re into tech then you’ll be able to play nicely with Ford’s unique dock in the upper section  of the centre console in the new Ford Figo 1.5 sedan, the entry level Ambiente, that I had for a week-long test. (The Gremlin, Figo Trend, October 3 2018).

MyFord Dock allows you put (dock), geddit, your device on the dashboard, where the infotainment system usually is, and, if you’re using your smartphone as a GPS then it’s in a prime position. Best of all it works seamlessly and you don’t need to be a rocket scientist to operate it. The radio is a radio with an integrated display that offers Bluetooth and USB.

Another plus is the introduction of a comprehensive four-year/60 000km service plan for the new model, up from the two-year/40 000km offering that was launched with the previous Figo The Ford Figo features  the all-new 1.5-litre three-cylinder petrol engine, four valves on each cylinder, and  is available across the range which has been cut to five derivatives. Which is a good thing: in the past there have been so many variants of one model that the customer was more confused than spoilt for choice. The (twin independent variable camshaft timing unit) TiVCT uses an aluminium engine block and cylinder head for reduced weight, and, says Ford, has improved the fuel economy. The Figo is competing in the tough compact segment of the market and the five-speed manual model that I drove was zippy and peppy and should do well for Ford in this sector. But its rivals include the Suzuki Swift which won the budget category in the recent Cars.co.za consumer awards. The gearbox was smooth and slick, however, when I was stuck in slow-moving traffic, I was hoping the engineering fairy would wave its magic wand and turn it into an automatic.

But that didn’t happen. I had to use the clutch a lot and as the Mother City’s roads get more congested every hour, or so it seems, the argument in favour of automatic gearboxes gets stronger.

With the Figo, Ford has upped its game in the design stakes. It looks more modern than its predecessor which is helped by the new front end which incorporates a restyled honeycomb grille. At the rear, there are changes to the tail light clusters as well as new bumper design. Inside, the Figo gets a few tweaks, too. The centre console and upper instrument panel is a much cleaner design, and although there are no controls on the steering wheel, all switches are within reach and it is easy to operate. New fabric inserts on the door panels and the modern fabric on  the seats help to give the interior a more stylish look. Some of the trimmings felt a bit flimsy, especially near the gear lever, and the storage area in front of the gear lever. Those are minor irritations and don’t really detract from the car.

It may be a “budget” car but the Figo boasts a decent array of features. The Ambiente is available as a four-door sedan or five-door hatchback. It features electric front windows, an immobiliser, electric power-assisted steering, the steering wheel can be moved for tilt and the headlight levels can be adjusted. Standard safety features include airbags for driver and passengers, ABS brakes with Electronic Brakeforce Distribution (EBD) which means it has plenty of stopping power.

The Figo is has plenty of room for five adults; three can sit quite comfortably at the back, although it may be a bit tight for taller passengers. The manually-operated aircon is efficient and proved its worth during the recent soaring temperatures.

The boot has a 284 litre capacity which is big enough for some holiday luggage or a month’s worth of groceries.

So how does the Figo perform?  I enjoyed driving it, a lot. It delivers on all fronts and during the week I had it we travelled around the Mother City through all kinds of traffic , up hills and down dales, and the Figo took it all in its stride. And like all Ford products it handles well. The steering has a good feel and Hoovers up the bumps and potholes.  The cabin also seemed to be immune to noise. It puts out 88 kW@ 6300rpm and torque of  150 Nm @4250rpm. The Figo is nimble and even without a reverse camera it was easy to slip into a city parking bay.

While the Figo easily keeps up with fast moving traffic it is not a pocket rocket: Ford says it can go from 0 to 100km.h in 11.8 seconds and top speed is 175km.h. It seems to be pocket-friendly at the petrol pump too.

Ford claimed figures of 5.7 litres/100km.  My  figures were slightly over 6litres/100km and if you don’t press pedal to the metal you could probably get 600km out of the 42 litre fuel tank.

I don’t know how carmakers decide on names for their products but figo, Italian for cool, seems to sum up the new Ford Figo in a nutshell.  The Ford Figo 1.5 Ambient MT sedan carries a price tag of R178 800.