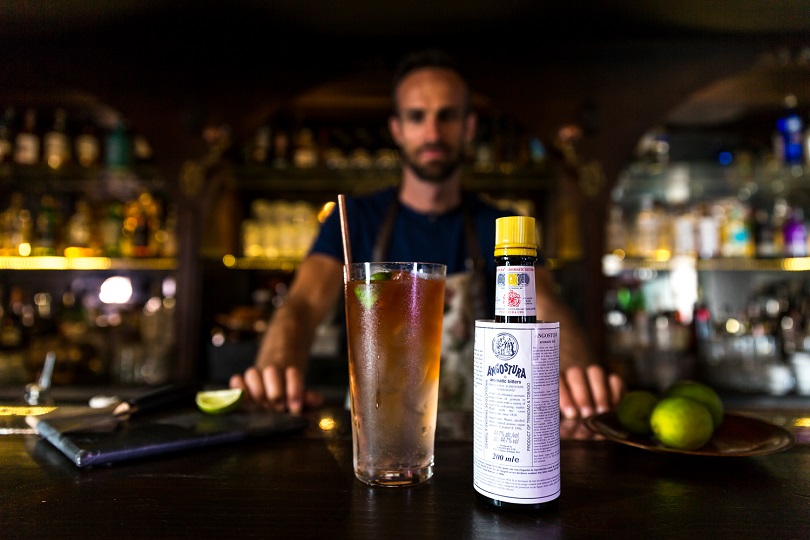 In the world of beverages one standout serve has rocked our worlds for as long as we can remember; a revolutionary addition to the global hospitality scene… the Shandy.

Of course, over the years the Shandy has taken on many variations across the world but no matter where you are all Shandy’s keep to one key element – those essential few dashes of Angostura aromatic bitters that give it that extra depth of flavour.

On home soil, the Angostura Rock Shandy is the ultimate summer refreshment; an iconic SA recipe; the first choice in South African restaurants, country clubs and cocktail bars; and an ambassador for modern home entertaining.

A simplistic and subtle refreshment, mixing it is easy when you consider that it is a three-ingredient classic that can be made in mere minutes. All it takes is equal parts lemonade and soda over ice with a few generous dashes of Angostura aromatic bitters to taste.

We asked six of South Africa’s top bars and barmen about their love of the local long drink. Some are new to the game, some have been in the industry for coming on twenty years. Two things were certain – every bartender at the top of their game encounters the Rock Shandy very early on in their careers and all of them agree that there would be absolutely no need to change the traditional recipe, ever.

Denzel Heath at Mootee Bar says he recalls having to make a Rock Shandy at the very first shift he ever worked… “I started my career working as a bartender at a Spur service bar that catered to all of the patrons waiting for their table bookings to avail. The Rock Shandy was and continues to be a very popular apertif”.

Michael Mudzenda from Cause Effect Cocktail Kitchen says that in the first bar he worked a patron came in looking worse for wear after a big night out and ordered a Rock Shandy, which worked miracles… “and ever since then it has been my go-to drink for tummy aches and hangovers”.

Travis Kuhn, owner of The Perfect Serve says his first encounter with a Rock Shandy was also at the first bar he ever worked… “a guest asked for a Rock Shandy, and because I was still new at bartending I confused it with a Beer Shandy and ended up combining the two recipes together by making a hybrid mix of lager beer and Angostura bitters. Bemused the guest ran me through a proper Rock Shandy and I left the experience with my pride shattered but my future ‘Rock Shandy-making’ self intact”.

And then there are some that encountered the Rock Shandy much earlier on in life. Bruce Dorfling of Lucky Shaker says his first Rock Shandy was ordered for him by his parents and from that first sip he was hooked… “kinda sweet, kinda aromatic and refreshing, I loved it!”.

Sin + Tax’s Julian Short says he grew up visiting game reserves with his family and whilst the adults drank gin and tonics, he and his sister drank Rock Shandies… “always my favourite sundowner drink”.

But if evolution is inevitable it would be in the method and presentation of the drink as opposed to the ingredients. Short imagines that it could one day come in tablet form, “just drop it into some soda water and poof! Rock Shandy”. Rathbone fancies “a pre-lemonade and soda mix bottle, and when you press a button it adds drops of Angostura bitters to the drink to the user’s preference”.

Dom Walsh, also from Mootee Bar, proposes that while ingredients wouldn’t change, they may become more refined in time whereby the choice of lemonade, soda and garish could become limitless. “Much like the G&T, which has evolved from a two-ingredient mixed drink into a cocktail with endless options of gins, tonics and garnish, the Rock Shandy may well experience something similar. That being said, there is a massive shift in the search for healthier alternatives and the Rock Shandy as it stands offers a no- ABV, less sugar than a regular cocktail and a more natural soda mixer”, he says.

You can stand a chance to win one of six cocktail experiences at one of SA’s top bars… including Orphanage Cocktail Emporium and Cause Effect Cocktail Kitchen in Cape Town, Lucky Shaker in Durban, Mootee Bar and Sin+Tax in Joburg. Competition closes 25 February. Visit www.AngosturaRockShandy.co.za to enter.

To download the official House of Angostura Cocktail app visit http://angosturabitters.com/app/ – available for iPhone from the Apple App Store and for Android devices from the Google Play Store.

About the House of Angostura: The proud history of the House of Angostura® began almost 200 years ago in 1824, when founder Dr. Johann Siegert first produced aromatic bitters in the city of Angostura in Venezuela. Recognised over the centuries by the granting of Royal Warrants of Appointment to the royal households of Great Britain, Prussia, Spain and Sweden, ANGOSTURA® aromatic bitters and ANGOSTURA® orange bitters are the world’s market leader, an integral ingredient in premium cocktails, and a mainstay of cocktail culture. Angostura’s® international range of rums, produced at the only rum distillery in Trinidad, includes five distinctive, exquisitely blended rums: Angostura 1824®, Angostura 1919®, Angostura® 7-Year-Old, Angostura® 5-Year-Old and Angostura® Reserva, blended by masters with years of experience and training in original traditions using closely guarded formulas and techniques. The newest product in our portfolio, the multiple award-winning Amaro di ANGOSTURA®, leverages our unsurpassed heritage as a blender of the finest bitters and rums.