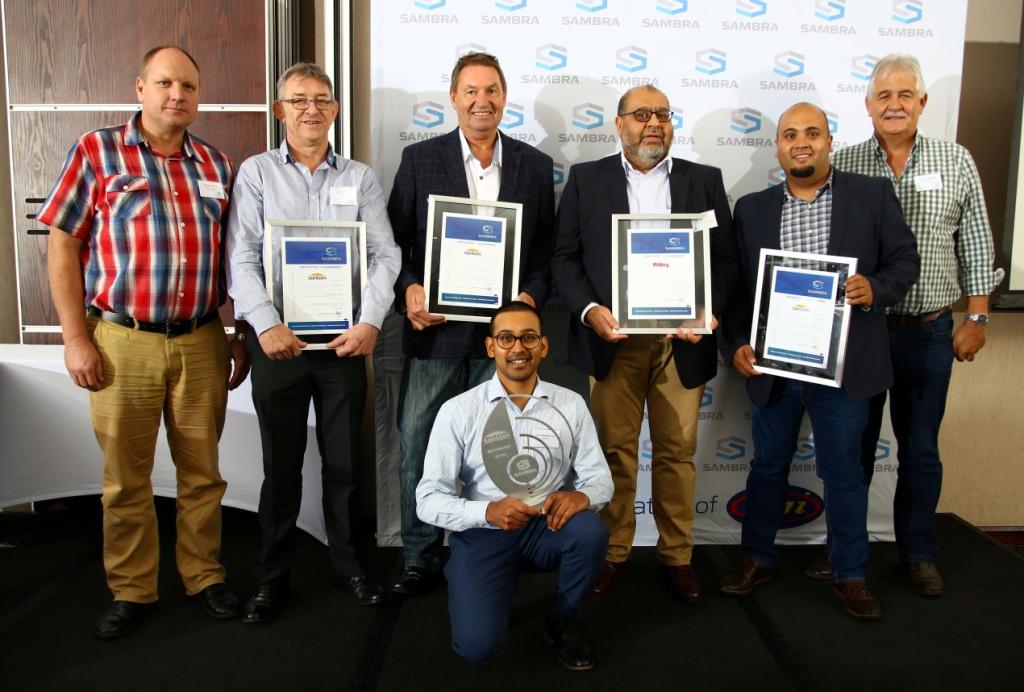 The award ceremony took place in Johannesburg this week, and honoured top vehicle insurers and OEMs, as well as paint and equipment suppliers, for excellence in service provision to SAMBRA members.

SAMBRA, a member of the Retail Motor Industry Organisation (RMI) represents the majority of motor body repairers in the country and focuses on creating and maintaining industry sustainability and development and the annual awards is one of its flagship projects.

“The SAMBRA survey upon which these awards are based, has been conducted each year since 2011 to monitor the business relationship between the insurance and motor body repair industry. It was subsequently extended to also include OEMs, as well as paint and equipment suppliers, each of which makes a vital contribution to the motor body repair industry,” said Jeanne Esterhuizen, SAMBRA’s national chairperson and president of the umbrella RMI.

The survey has become an important yard-stick against which all partners evaluate themselves and their services to panel shops – and ultimately, the consumer. Its value is demonstrated by the fact that it gets an unusually high 50% plus response rate from SAMBRA members nationwide.

SAMBRA National Director, Richard Green, emphasised that the body’s current focus was on levelling the playing field to enable small and medium enterprises (SMEs) to gain equal access to the industry, especially encouraging partners to ensure prompt payment of all invoices to small businesses as a key priority of their businesses, and to remove any barriers to the achievement of that goal. It was to underscore the importance of this business value that SAMBRA introduced a ‘Best Payer’ award for insurers.

Guest speaker, Dionne Kerr, CEO of Siyakha Consulting, hit an optimistic note saying that fixed direct investment into South Africa last year was at a 10-year high, and that businesses should mirror the confidence of foreign investors by implementing a ‘Buy Local’ and import replacement programme. “It’s now that we need to achieve economic change and build a sustainable and growth- oriented South Africa. The South African government creates more incentives and grants on skills development than any other country in the world except Sweden and Norway,” stressed Kerr.