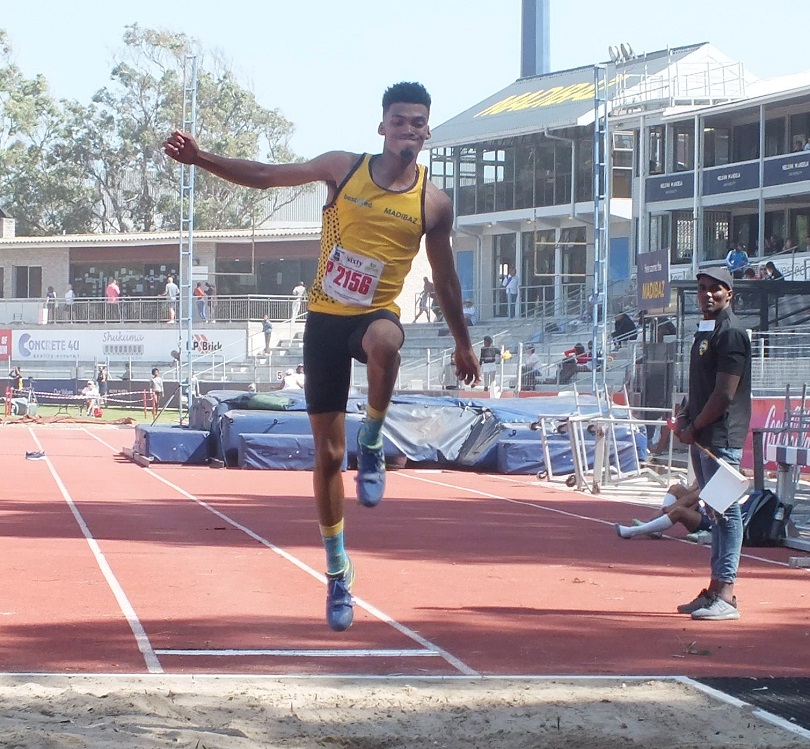 The Bestmed Madibaz Athletics Club have hit on a winning formula after hosting a successful meeting for senior and junior athletes at the Madibaz Stadium at the weekend.

For the first time the club, in conjunction with EP Athletics, joined forces with the Port Elizabeth High Schools Athletics Association (PEHSAA) to hold a bumper meeting for athletes across the board.

With plenty of incentives at stake, Madibaz athletics manager Nellis Bothma said there had been an excellent response from the athletes and that the initiative looked set to continue in the future.

“For something that we hosted for first time it really went off very well,” he said.

“We had a discussion with all the role-players after the meeting and everyone was very happy, which means we will definitely look at the concept again next year.”

He added that the athletes had impressed with their performances in the track and field events. Prizes for the top three athletes of R500, R300 and R200 were up for grabs.

In the men’s category, Remano Felix took the honours with his efforts in the 200m and 400m, earning a total of 746 points.

Anneke Kapp took the honours in the women’s field events, finishing with a total of 1 608 points from the shot put and discus.

Junior sprinters Saskia Wait (DF Malherbe) and Bulumko Nthuthu (Grey High) are in line for the R10 000 sport bursary from Madibaz Athletics Club after finishing as the top athletes in their categories.

Bothma said the final details of these athletes still needed to be confirmed.

“The bursary was awarded pending the athlete being accepted to study at Nelson Mandela University in 2020,” he said.

“The bursary will be paid into the student account of the athlete after registration in February 2020 following his or her first competition for Bestmed Madibaz Athletics Club.”