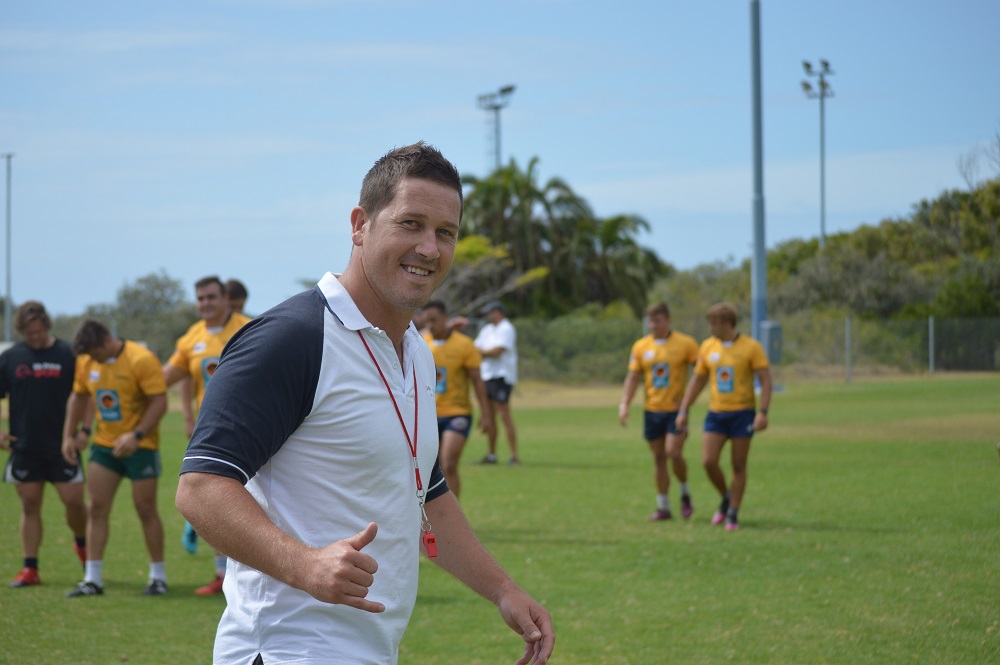 Madibaz rugby coach Jarryd Buys wants his team to create a winning habit when they begin their Varsity Shield campaign at the Madibaz Stadium in Port Elizabeth on Monday.

The Nelson Mandela University team’s opening game is against Cape Peninsula University of Technology, heralding an intense start to the competition when they play three matches in eight days.

After Monday’s fixture, Madibaz take on Walter Sisulu University in East London on Thursday, followed by a clash with Grahamstown rivals Rhodes in PE on February 25.

With their preparations having gone well, Buys said they were focused on creating a winning culture in the squad.

“If you can start the competition on a successful note and build up a winning habit, before you blink that becomes the pattern for the rest of the season,” he said.

“We want the guys to be mentally attuned to that because if we can create that environment it’s something you can build on in the years ahead.”

Regarding the tough programme next week, Buys said the players were looking forward to seeing some action.

“We are exiting the pre-season mode and preparing for competition mode and I think it will be a relief to get out on the field.

“What we have tried to do in our training is to replicate what we will face in the first week so the players will have an idea of what to expect.

“We will also use a rotation of players in that period and then we have a bye on March 11, so that will help us a bit.”

Playing in the Varsity Shield for the first time, Buys said it was not always easy to know exactly what to expect from the opposition because of the changes in coaching personnel and players from year to year.

“But we definitely won’t underestimate anybody,” he added. “I know it’s an old cliché but our priority will be to focus on what we need to do to get the required result.

“I believe we have a good enough squad to maintain a high standard and if we concentrate on the execution of our plans, that is 80% of the job done.”

Buys said there was plenty of desire in the squad to do well in the Varsity Shield.

“It’s not about trying to prove a point, but more about working together for a common cause. We are working on having a good relationship off the field, which makes it a lot easier to achieve what you want to on the field.”

The Madibaz coach encouraged the team’s supporters to come out in their numbers to back the squad.

“The guys are aiming to play good rugby, but it’s not just about the team. We are hoping for good support from rugby fans because we are all in this together.”

CAPTION: Madibaz rugby coach Jarryd Buys is hoping the team will start their Varsity Shield programme on a winning note when they take on Cape Peninsula University of Technology at the Madibaz Stadium on Monday. Picture: Lebogang Sandla