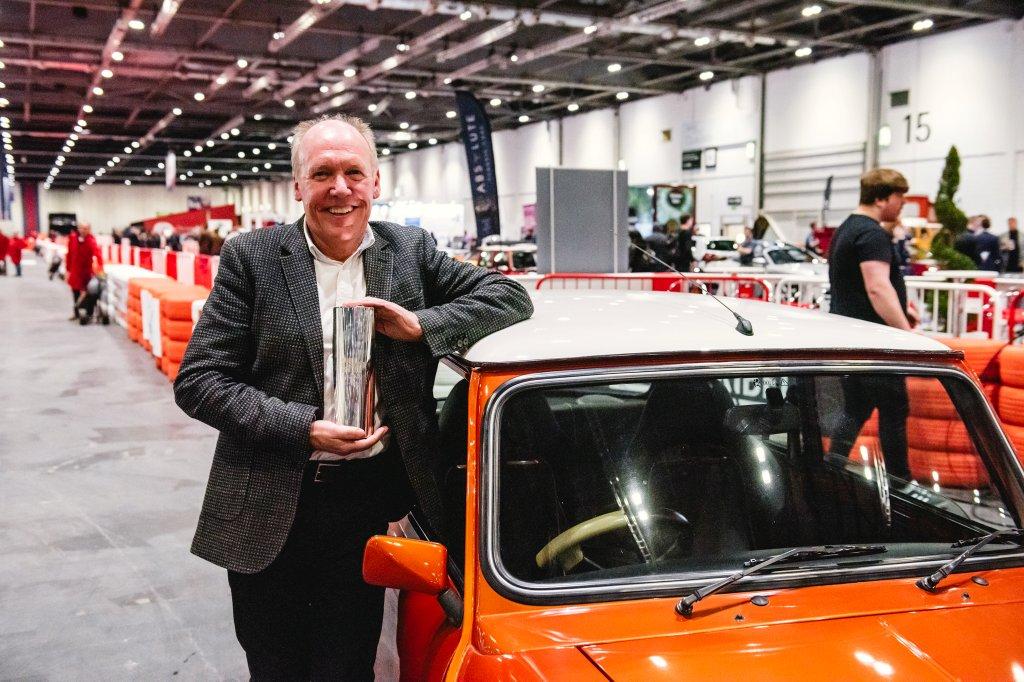 Ian Callum, Director of Design for Jaguar, has been honoured with the prestigious ‘Icon Award’ at this year’s London Classic Car Show.

Acknowledged as one of the world’s foremost automotive design talents, the award recognises his illustrious career and his impact throughout the industry.

The fifth annual London Classic Car Show showcased a celebratory exhibition of some of Callum’s most notable and career-defining cars; including the all-electric Jaguar I-PACE and the F-TYPE, winner of 2013 ‘World Car Design of the Year’. Significant cars from Ian’s early career such as the Aston Martin DB7, Vanquish and Ford RS200 were also on display.

Accepting the award, Callum said, “It is an honour to be chosen by The London Classic Car Show as its 2019 Icon and be recognised for my contribution to car design. It was a hugely special moment for me to see such a large collection of my life’s work in the one place – that has never happened before.”

Event director for The London Classic Car Show, Bas Bungish said, “Ian was an obvious choice as this year’s Icon. His incredible career has brought us some of the most recognisable and celebrated models on our roads today, and in our garages as coveted future classics.”

Ian Callum spent his early career at Ford Design Studios before becoming Chief Designer of TWR Design. Callum has been at the forefront of the transformation of Jaguar’s design aesthetic since joining the brand in 1999.

In 2005, Ian was awarded the title of Royal Designer for Industry from the RSA and in 2014 received the Minerva Medal – the highest accolade bestowed by the Chartered Society of Designers, awarded for a lifetime’s achievement in design. Callum continues to lead a team of highly talented designers at Jaguar’s design studios in Coventry and has received six honorary doctorates from universities around the world.