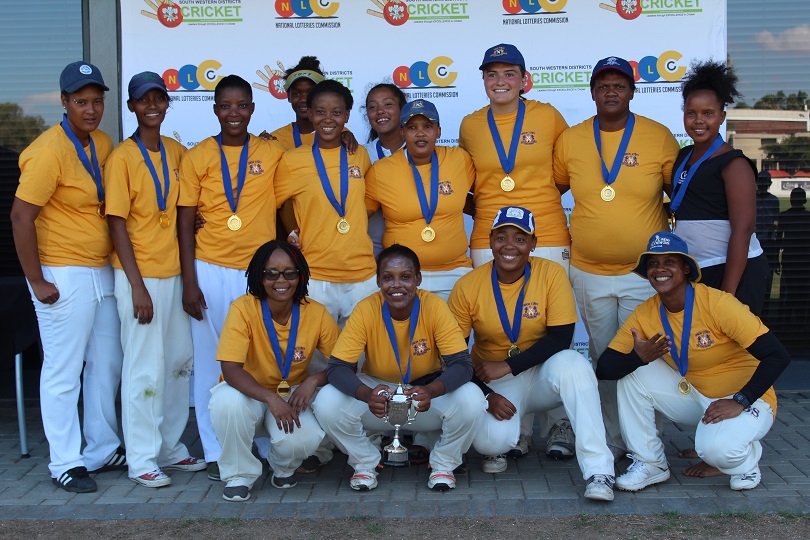 The Union Stars Women’s team made it five in a row when they claimed their fifth consecutive SWD Women’s league title on Saturday after they defeated Harlequins by 108 runs.

SWD batters, Harolene Rhodes (50) and Miceala Andrews (42) were the batting heroes for Union Stars who were bowled out for 184 runs after 43 overs.  Monique Booysen (5/33) impressed with the ball.  Harlequins responded with 76 (all out).  Janet Winster excelled with the ball with figures of 7/22.