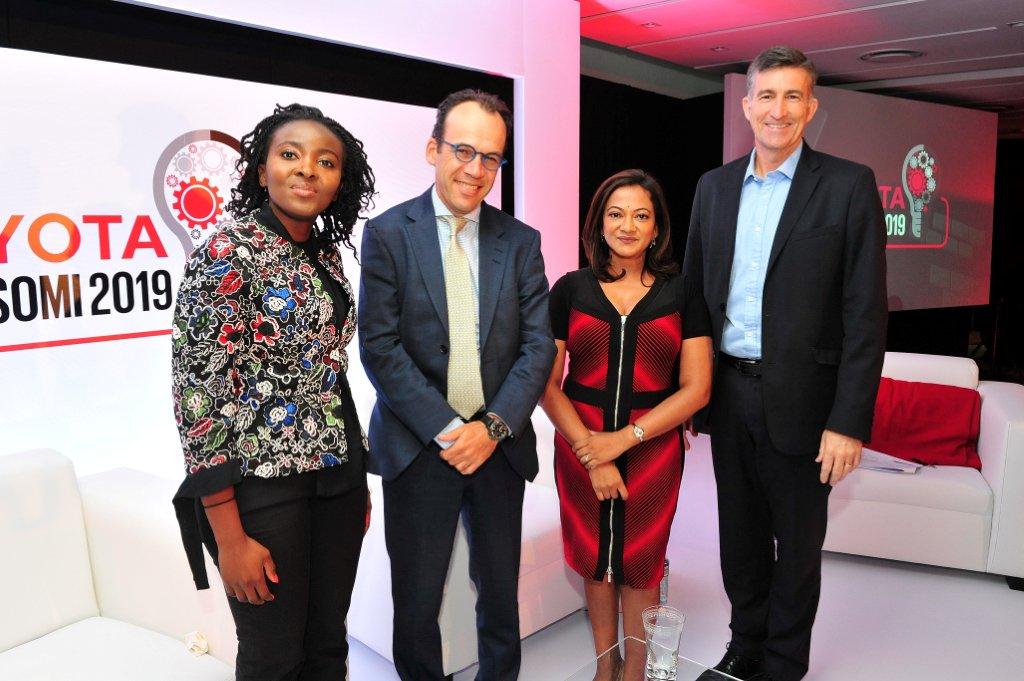 Brian Joss – The 2019 State of the Motor Industry (SOMI) address – hosted by Andrew Kirby, President and CEO of Toyota South Africa Motors (TSAM) – delivered some sobering facts about the local automotive industry and its socio-economic context. Some of the pertinent topics discussed at SOMI 2019, held this week at the Kyalami Racetrack included the South African Automotive Masterplan, the potential of the Auto industry in Africa, as well as the industry outlook for 2019.

According to Mr Kirby, total vehicle sales for the 2019 will continue the downward trajectory that began in 2013 – with the exception of 2017 when the market registered a marginal increase – and settle at 550 000 at the end of the year.

As Mamello Matikinca-Ngwenya of FNB puts it: “2019 will essentially be a year of two halves, in the first half we’re expecting activity to remain relatively benign in the economy because we are heading into the elections. We are certainly monitoring business confidence, which has been quite weak due to political uncertainty. On the business side, our view essentially is that businesses are likely to stay on the sidelines till after the outcome of the elections; only then will we start to see business confidence improve – investment of course follows that.”

Both the World Bank and the South African Reserve Bank have predicted that this year’s economic growth will be less than 2% – with forecasts of 1.3% and 1.9%, respectively. The extrapolation – based on a variety of socio-economic factors – doesn’t bode well for the local motor industry. The automotive sector currently contributes 7% to local GDP, constitutes 30% of South Africa’s total manufacturing output, is responsible for 14% of total exports and employs 112 000 people in the vehicle and component production.

However, the figures pale in comparison to the targets set by the industry and the government in the recently-announced South African Automotive Masterplan (SAAM) 2035 – which is essentially an extension of the Automotive Production and Development Programme (APDP). The vision of the Masterplan is to increase the number of people working in the automotive industry by 100% (from 112 000 to 224 000) and double the percentage of vehicles assembled in South Africa from 38.7% to 60%. This will amount to 1,4 million vehicles produced annually and grow the South African vehicle production to 1% of the global output.

The Masterplan, developed jointly through strategic collaboration between the government, industry and labour unions, will replace the APDP from 2021 to 2035. Kirby says while the automotive industry appreciates the government’s continued support of the sector, there is a number of focus areas that need to be addressed in order for the Masterplan to be a success. These include lack of infrastructure such as stable and competitive ports and rail, as well as the maintenance of urban roads. The quality of South African fuel is also poor, which in turn, could hinder the availability of world-class vehicle engines for the South African market, while there are also concerns about technology disruptors and how they’re likely to influence customer needs. However, one of the main challenges to domestic market stimulation is the relatively high tax structure that makes vehicle ownership almost impossible for many.

Africa offers a good prospect for local vehicle manufacturers, however the proliferation of used cars from overseas markets is a threat. “Africa is not a dumping ground for second-hand vehicles,” says Dr Martyn Davies, Managing Director of Emerging Markets and Africa at Deloitte.

Kirby says about 50% of new cars sold in Africa are produced by Toyota South Africa Motors. “We already have a strong foothold as we currently export to 42 countries on the continent,” says Kirby.