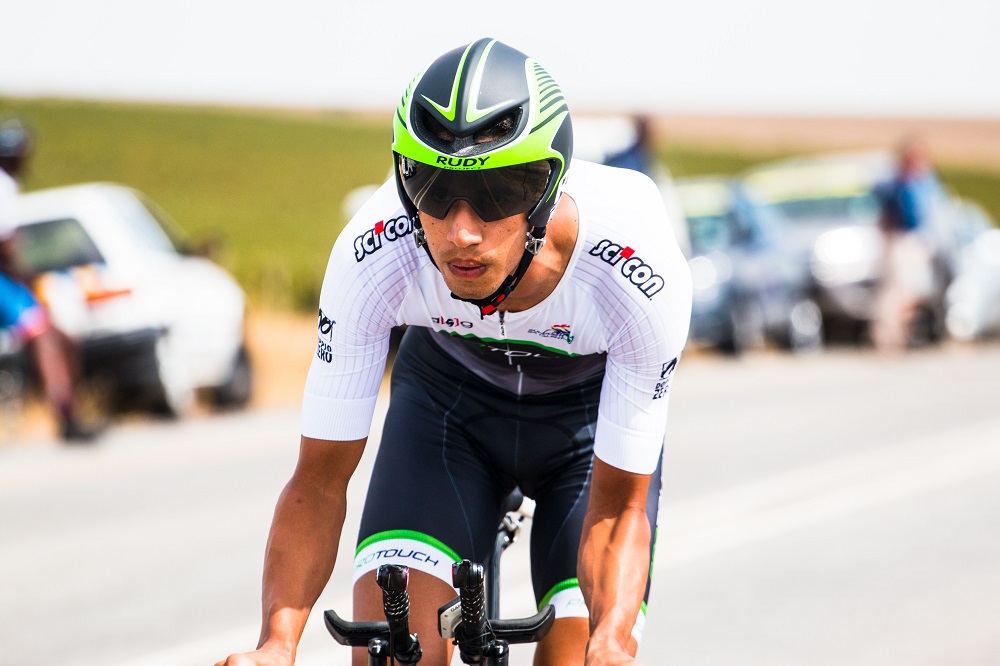 The race organisers have added a fresh dimension to the Takealot Tour of Good Hope this year by opting to hold the time-trial midway through the five-day race next month instead of at the start.

In recent years the time-trial has taken place on the second day, a Tuesday. However, ASG Events chief executive Erick Oosthuizen confirmed this week that it would now be held on the Wednesday.

Starting and finishing each day at the Boland Landbou school just outside Paarl, the race organisers have introduced a number of changes which they believe will present a strong challenge for the riders.

The only exception to the finish venue is on the 71km last stage when the riders will make the climb to end at the Taal Monument just outside Paarl.

After two stages of 63.5km and 97.8km, Oosthuizen said the time-trial on Wednesday – it was originally scheduled for the opening day on Monday – would see the cyclists riding a distance of 26.5km.

“We felt that by holding the time-trial on the Wednesday it would help to keep things interesting,” he said.

“If a strong rider or team rides a couple of minutes into the rest in the time-trial [on the first day], the race is virtually over.

“We have a story to tell over five days of racing and this will be one chapter midway through that story.”

Looking at the rest of the route, Oosthuizen said the riders would experience a slightly flatter profile this year, but he was confident it would still provide a proper examination of the competitors’ credentials.

“It remains five days of intense rivalry, especially now that the event has UCI 2.2 status, and we still believe the challenge will be there.”

He outlined a number of changes they had been forced to make this year.

“The N1 tunnel on Du Toitskloof Pass is undergoing a period of maintenance, with work being done to tunnel number two.

“We have consulted with the traffic authorities, as well as Sanral, and subsequently ruled out the mountain stage over Du Toitskloof.

“We have also moved our host venue to the Boland Landbou school. That makes it fairly difficult to include Franschhoek Pass, which has been part of the race for several years.

“The clover-leaf system has been positively received as the logistics for riders of getting to the start and finish venues have been greatly reduced.

“Besides the value of starting and finishing in the same location every day, the venue is also secure and spacious for parking.

“It’s close to all the backroads we want to use, which improves the safety aspect.”

Oosthuizen said the queen stage on the fourth day would offer a major test for the riders.

“That covers a total of 149km and takes them over Bainskloof Pass and Bothmaskloof Pass,” he added.

“We are happy with the route we have put together and don’t think a climber will necessarily win because you will have to have all-round ability to do well.”

CAPTION: Jayde Julius works hard to set the pace in the time-trial on the second stage of the Tour of Good Hope last year. This year, the 26.5km time-trial will be held on the third day, starting and finishing at the Boland Landbou school. Photo: Robert Ward