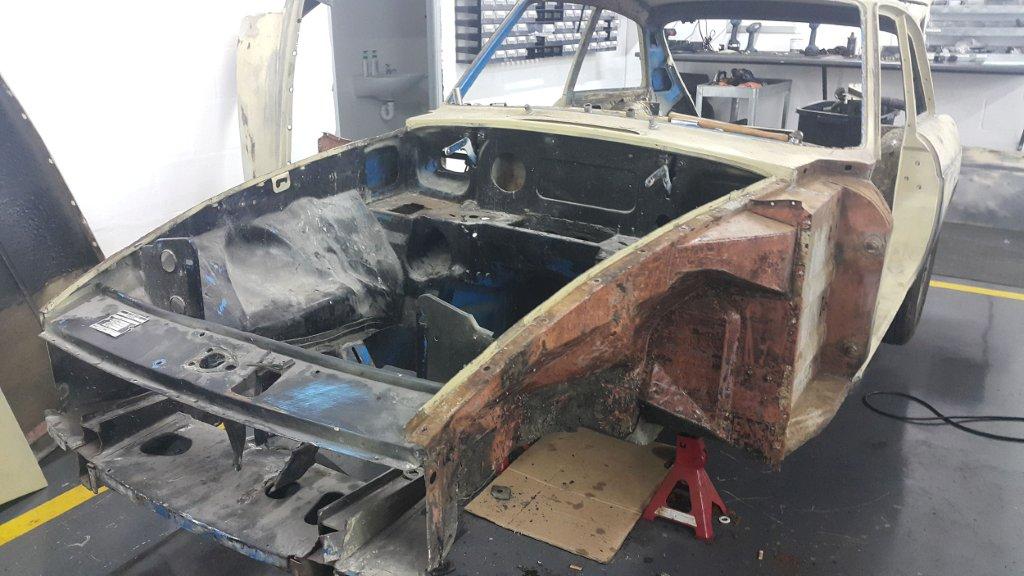 Brian Joss – The Cape Town Motor Show takes place on the weekend of March 2 and 3 when thousands of car enthusiasts are expected to visit the Grand West Casino and Entertainment World to see the rarities, classics, customs and prototypes on show.

The regular highlights and side attractions are on the cards, including a 2019 Miss Bombshell Betty Pageant, the Soundmatch Show and Shine “StanceWars”, The Crankhandle Club’s curated collection of gorgeous vintage classics, the astonishing Soundmatch audio sound-off in association with IASCA, where competitors will aim to break the world record for the loudest sound system.

But another special vehicle will also be there. It is being built by Cape Kustoms specifically for the CTMS: a 1970’s era MGB GT with V8 engine will be claimed by a fortunate Motor Show attendee. And like many of the autos that will be on display, its legacy is based in its legend.

It is said that nothing tests the mettle of a machine – or a person for that matter – like time itself. Most things – careers, politicians, marriages, buildings, and especially automobiles – are judged by how long they last both in practice and in the popular consciousness.

This is partly why Sebring International Raceway, with its annual 12 Hours of Sebring endurance race, has been one of the most acclaimed and revered 3.74 miles in the world since 1957. In the Golden Age of racing, all the giants of engineering were there; Porsche, Ferrari, Jaguar. And among them stood the MGB GT, winning its class in 1967 ahead of a bunch of GT350s and 911s on its way to an 11th overall. Not bad.

In fact, it was and remains a remarkable achievement, given the poor perception of British-made cars at the time. Today the MGB is considered an icon that represents the underdog’s ability to battle with the big guns.

The CTMS and Cape Kustoms are employing the same courageous spirit as they undertake a tribute build to the original Sebring MGB GT of yesteryear.

“Taking this pioneering attitude and eager to expose our unbridled enthusiasm for the combustion engine, we took it upon ourselves to revive one of these iconic motor cars and bring it to life with the Cape Kustoms edge, presenting a tribute build to the original Sebring MGB GT of yesteryear,” says Grant Cloete from Cape Kustoms in Cape Town.

This incredible classic will then be given to an eligible member of the attending public who enters the competition. Contestants will be able to enter at the Cape Kustom’s exhibition space at any time before the draw takes place on Sunday afternoon March 3.

CAPTION: Tear down:  an icon being rebuilt. Picture: Motorpress