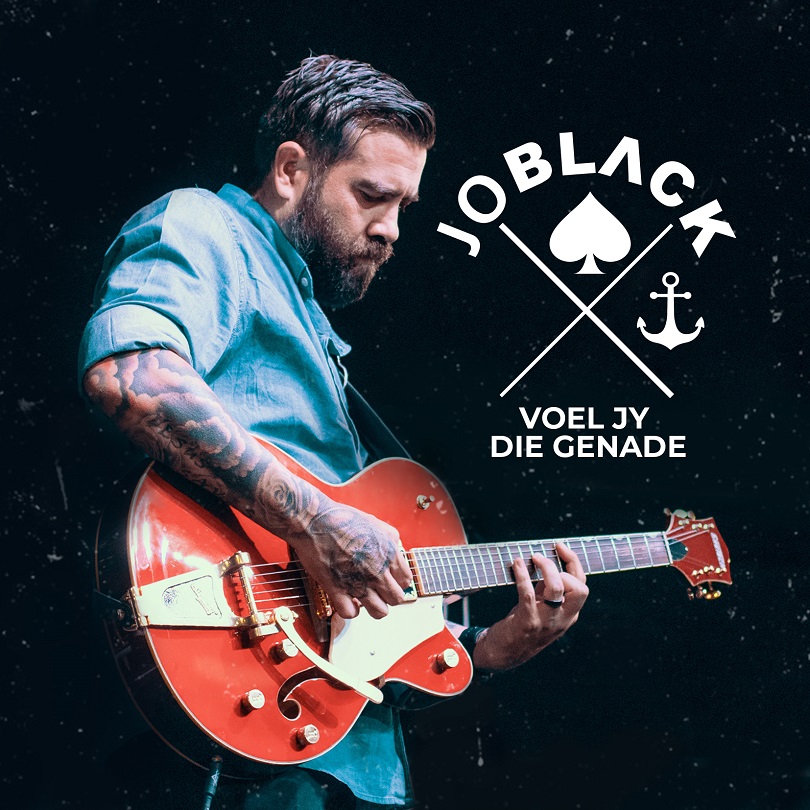 This new album that was released on 8 February 2019 instantly hit the #1 position on iTunes and since then it reached the #1 position on the RSG Top20 best sellers chart in South Africa.  The first single from the album, which is also the title track, also features on the charts of many radio stations nationwide whilst the music video has already had almost 340 000 hits on YouTube.

Jo is extremely thankful for all the support.  “I am absolutely amazed by how well this album is doing.  Thank you to everyone for buying the album and for coming to our shows”, he said.

Jo wrote the song, VOEL JY DIE GENADE with Johan Vorster, Christoph “Appel” Kotze and Roan Ash and it is true to the Jo Black brand – it is an Afrikaans rock song with deep lyrics and an even deeper meaning.

The album offers Jo’s unique blend of faith, hope and love, and not only reflects his career to date, but also how much there is to be grateful for. It contains a variety of tracks, including his heartfelt rendition of Leonard Cohen’s Hallelujah, which Jo says came together perfectly despite not having a plan mapped out. “We wrote about whatever came up, and somehow managed to turn it into a great album. Another act of grace. The biggest challenge, however, is that I had 35 years to write my first album, but only one year to write the second,” he jokes.

For Jo, who has loved music from a young age but who never dreamed that it would be his career, music must be three dimensional. “It mustn’t only be easy on the ear; it must also speak to the heart and soul. It must truly resonate with people,” he says. “The single, like the album, summarises the last two years of my life. When I look back on my journey, I realise that everything that happened was by grace. I hope it inspires people to also see and experience the grace in their own lives.”

As far as the music video for VOEL JY DIE GENADE goes, Jo saw it as an opportunity to introduce the people who have shared this journey with him. “While my music videos usually only feature myself, I never perform without a band. I wanted this video to include the band – they’ve had my back for the past two years and have performed with me in more than 550 shows.”

VOEL JY DIE GENADE is another uplifting, meaningful album from the local superstar who continues to spread his message of hope and faith.

Proudly associated with Inhoud Huis Musiek, Jo Black’s new album is available on all digital platforms and in all good music stores nationwide. Follow this link to purchase the album now:  https://joblack.lnk.to/VJDG