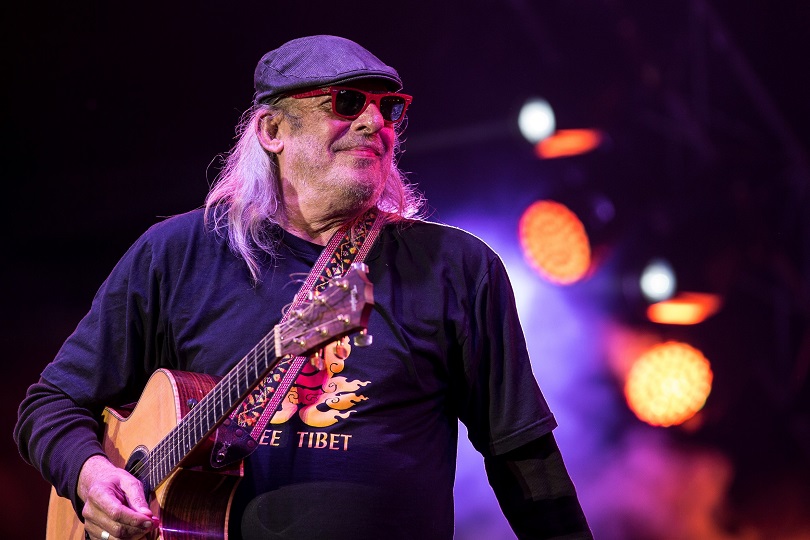 The Cape Town Music Academy (CTMA) will be presenting four exciting productions at the US Woordfees in Stellenbosch between 1 and 9 March 2019: Musiek-en Liriek 40 Jaar Later with Anton Goosen, Valiant Swart, Zolani Mahola and many more promises to be one of the musical highlights on this year`s programme.

Kwathi ke Kaloku (Once Upon a Time) brings Xhosa storytelling for children to the US Woordfees for the first time. Babalwe Mentjies and The Little Giants in Jazz in Kayamandi will be a treat for jazz lovers. Add to that the late -night Jazz sessions at Jazz in the Quad with Steve Newman, Kyle Shepherd, Ramon Alexander, Schalk Joubert and a fresh DJ line-up from the Future Nostalgia Outfit, and the stage is set for a festive time.

CTMA is a not for profit company (NPC) that seeks to create opportunities for local, established and emerging musicians and related artists in the Western Cape. The objective of the CTMA is to create programmes and projects for the promotion of the work of local contemporary musicians, and the development of career opportunities in the South African music industry. Vicky Davis, CTMA programme manager says: “The US Woordfees is one of South Africa`s most esteemed events in that it offers a fantastic, inclusive platform for music and theatre lovers to come together for a week to enjoy incredible talent.  We are very proud to be part of the festival. The CTMA productions at this year`s Woordfees has created work for approximately 70 artists, actors and technical crew.”

More about the shows:

The “Musiek and Liriek” movement in Afrikaans music originated in 1979. Anton Goosen was the first artist that released an album in Afrikaans in which he wrote all the lyrics and music himself. This was mainly a reaction against the international ‘candyfloss-hits’ trend at the time. The “Musiek and Liriek” movement in the 70`s and throughout the 80`s, made way for a new platform for Afrikaans music. Artists who made a huge impact during this time include, among others, Anton Goosen, Laurika Rauch, Mynie Grové, Jannie du Toit, Koos du Plessis, Coenie de Villiers and Clarabelle van Niekerk.

Babalwa Mentjies is one of South Africa`s leading jazz vocalists. She will be performing with The Little Giants, a group of young talented musicians from the townships in Cape Town between the ages of 15 and 20. They will be led by the legendary pianist George Werner.

This is the second year in which CTMA is presenting a late night contemporary and jazz music and social venue at the Visual Arts Quad in Victoria Street, Stellenbosch. There will also be DJ`s playing till late after the jazz shows. Festival artists can enter for free.

Steve Newman is one of our most acclaimed and respected Acoustic Guitarists, covering many Genres, including Classical, Folk, Latin and Indigenous. He has Performed Solo and in collaboration with other International Stars, including Tony Cox, Steve Fataar, Chris Tokalon, and Errol Dyers, to name but a few; and, of course, the Legendary Tananas. The Steve Newman Trio with Carlo Fabe on Drums and Peter Ndlala on Bass will play a show which includes Tananas tunes and newer material.

Jazz in the Quad: Kalahari Connection.

Kalahari Connection brings together elements of African, Indian, Chinese, Jazz, Rock and Classical Music on instruments such as, Chinese Bamboo Flute, African Bows, Flutes, Percussion and Marimba, Bass Ukulele, Drums, African and Latin Percussion. Each band member shares a deep & long-standing connection with the music scene globally, a fact that speaks for itself.

Jazz in the Quad: Kyle Shepherd.

Kyle Shepherd is arguably one of South Africa’s leading progressive pianists, composers and band leaders of his generation. Internationally recognized for his distinctive compositional style & performances, Shepherd has made a huge impression on debut as a film score composer for the critically- acclaimed film, ‘Noem My Skollie.’ The twenty-nine-year-old virtuoso pianist who has a well-established record of celebrated performances in South Africa, Europe, Asia (including Japan, India and China), Canada and the USA, has already released seven critically acclaimed albums in his young career.

Jazz in the Quad: Ramon Alexander and band.

He has worked with countless artists and bands ranging from The Crash Test Dummies to Hugh Masekela and a huge variety South Africa’s most prominent musicians for more than 20 years.

He has composed and produced music for several national and international television series, theatre productions and films. He has played on hundreds of records as a studio bassist and continues to be very active in the South African Music industry. Joubert and the vibrant, talented singer Sima Mashazi will be joined by the world class talents Kevin Gibson (drums), Ramon Alexander (piano) and Mauritz Lotz (guitar.)

Kwathi ke Kaloku (Once Upon a Time), is a celebration of Xhosa children’s literature and indigenous music by award-winning author and storyteller, Sindiwe Magona, and renowned local musician, Bongani Sotshononda and his United Nations of Africa band. In Kwathi ke Kaloku Magona and the cast perform a combination of two of her well-known children’s tales, “The best meal ever!” and “Stronger than lion” to the live soundtrack of Sotshononda’s enchanting sounds – instruments like the marimba, kora and kudu horns are used. Based on a true experience, this entertaining production teaches children the valuable lesson that fortune favours the brave and brings a message of hope and determination to audience members young and old.