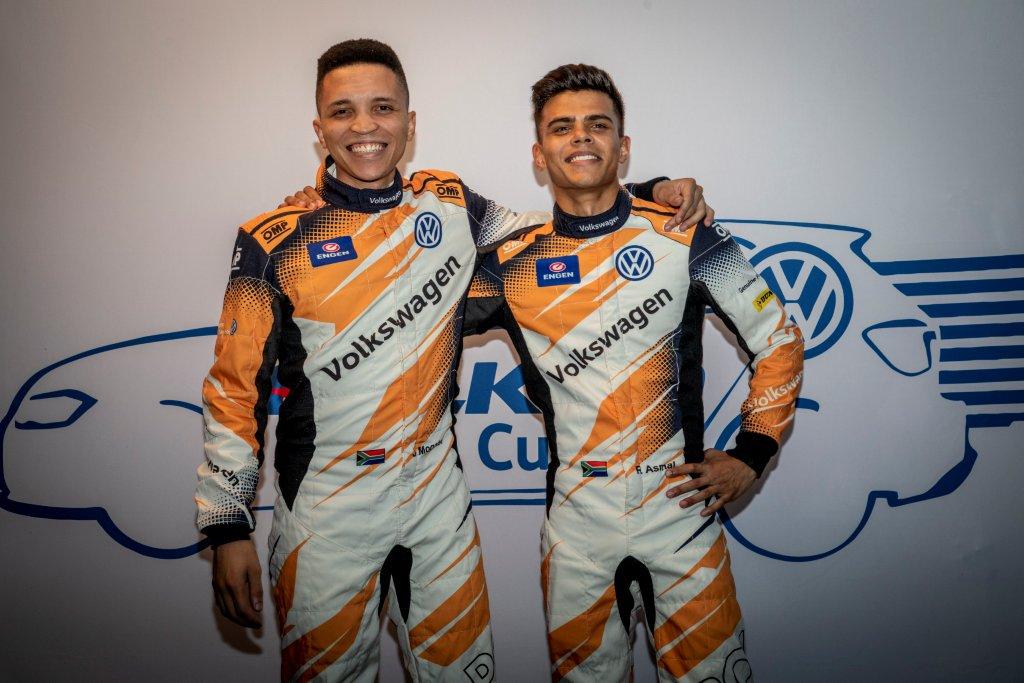 Brian Joss – The Falken Polo Cup is ready to roll following the recent announcement that Falken Tyres will become the headline sponsor of South Africa’s most successful racing series for 2019. A field of 25 identical Volkswagen Polo race cars will take the starters orders over the weekend of 1 and 2 March.

Besides a new name, it will also be the first time that this latest generation of Polo GTi race cars pay a visit to the Dezzi Raceway. The 2.5 kilometer circuit is situated just south of Port Shepstone on the lower Kwa-Zulu Natal coast. It started off as a drag and drifting venue, but was later turned into a full blown racing circuit by its passionate owners.

Spectators are in for a treat as the venue boasts beautiful scenery and views as well as a series of tight twists and turns, which together with the main straight, promise to dish up extremely close and exciting racing, adding to the spectacle of the Falken Polo Cup.

As if this formula is not exciting enough, a number of former champions will once again join the ranks alongside the defending champion in their respective quests to fight for one of the most coveted crowns in South African Motorsport. Current champion Jeffrey Kruger will be back to defend his title in the Universal Healthcare Polo, and as was the case in 2018, Kruger will have his hands full to fend off a number of title hopefuls.

Polo) returns to the sport after taking a sabbatical and no one is in any doubts that he will be as competitive as ever. These are just some of the former champions in the field. Besides them, a string of equally fast and talented drivers will be just as eager to upset the applecart. Fans of the Falken Polo Cup will be happy to see the return of a few former drivers such as Jurie Swart, Janu van der Westhuizen and Matt Shorter who will make a welcome return and the series succeeded in attracting a few newcomers such as brothers Nathan and Damian Hammond, Stiaan Kriel and Dario Busi.

“Most of the drivers in the field had a very successful test session at Zwartkops recently,” said Mike Rowe, head of Volkswagen Motorsport. “The cars were working well and the times are already significantly faster than last year, thanks to the new slick Falken Tyres. More encouraging is the fact that the times between most of the drivers in the field are very close which bodes well for the season. The title fight will be a tough one and spectators are in for a treat.” Volkswagen Motorsport is also happy to welcome BP back to the series. The fuel giant will be the official fuel supplier to the Falken Polo Cup.

This year, Volkswagen Motorsport has two drivers who will contest the season. The revelation of the past two seasons has to be Jonathan Mogotsi.

Three years ago the youngster’s only racing experience was limited to racing simulation games on the television. For 2019 he is considered to be one of the favourites to claim the title at the end of the season. “In 2017, Jonathan won a race in his first year, something which is almost unheard of.

Then in 2018, he nearly won the title after being in the fight all year long. In the end, he only got beaten by two former champions in the form of Kruger and Pepper, so we do have high hopes for him in 2019,” added Rowe.

Mogotsi himself was quick to join the conversation: “Being a Volkswagen factory driver in the Falken Polo Cup means added pressure, but it’s a great team to be a part of and we feel like family. Having said that though, it is also time to perform and our goal for the year is simple, it is to win the Falken Polo Cup.”

For 2019, Mogotsi will have a new teammate in the form of Raais Asmal. Under the watchful eye of Graeme Nathan and his team, the young Natalian’s talent was further developed in the Regional Superhatch series during 2018 to prepare him for the next step. “I am super excited but also very thankful for the opportunity that Volkswagen has given me,” said Asmal. “I hope to follow in Jonathan’s footsteps and to make the team proud in the process.”

Practise at Dezzi Raceway on the South Coast will begin on Friday March 1with the two races scheduled for the Saturday.