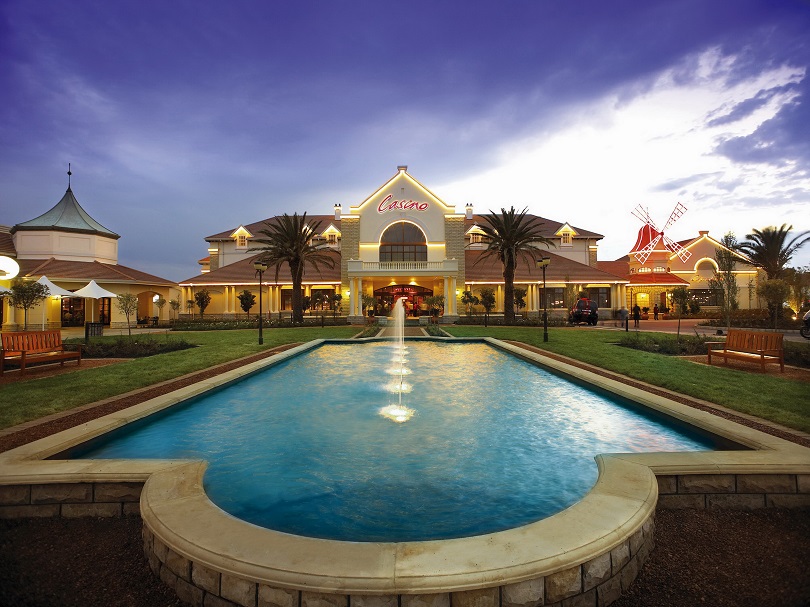 Brian Joss – Ford’s EcoSport has become a familiar sight on our roads and I saw quite a number when I drove the refreshed Sports Utility Vehicle (SUV) from Cape Town to Johannesburg and back.

Although the 1- litre motor, which has won the International Engine of the Year in the sub-1.0-litre category six times, has been around for a few years, it still amazes that such a small engine can have such a kick. Ford’s engineers really worked their magic, producing 92kW of power with torque of 170 N.m  from 1 400 to 4 500 r/min. I wondered how the small capacity turbo-charged engine would behave on the long, long road. But I needn’t have worried. The SUV delivered the goods and more.

There have been quite a few styling changes to the EcoSport, notably inside which has been given a touch of class. Ford has used soft-touch materials; the controls are easier to use and the instrument cluster has been redesigned. Outside too, there is a large trapezoidal grille and angular headlights, incorporating  LED daytime running lights on the Trend and Titanium.

A sculpted bonnet with a central bulge gives the front-end a neat appearance; angular fog light housings complete a front three-quarter profile , which says Ford, was inspired by the straps of a rucksack and designed to reflect the SUV’s adventurous character. The rear bumper and tail light designs have also been revised to deliver a cleaner, more sculpted appearance. The new seats are built for comfort and getting into the EcoSport at the start of our journey at 4am was like slipping into a pair of old shoes. The drive to Bloemfontein to the Windmill Casino, our overnight stop, was uneventful but the SUV took everything in its stride.

Arriving at Bloem after a few pit stops to fill up, we pulled into Sun International’s Windmill Casino to check in. Interestingly, the Windmill complex is one of the official charging points for electric vehicles on South Africa’s first “electric highway”.  If you enjoy the occasional bet or are an inveterate gambler the casino boasts 403 slot machines and 19 games tables. If you’re one of  Sun International Most Valued Guests (MVG) cardholders, you can enjoy private gaming facilities in the Salon Privè.

Judging by the welcome the staff gave us, you would have thought we were royalty or regular customers. We’ve stayed there twice before and there have been some minor changes in the past three years.  Matsuda, a Japanese/Chinese restaurant in the complex has since closed: there is an Ocean Basket and a Spur, but the less said about the latter the better, and the hotel no longer offers a  kitchen service although breakfast is served.

Check in was smooth and one of the concierges, Alfred, carried our bags to the room and with a broad smile showed us how everything operated. One reading lamp didn’t work.  So we were moved to another room where everything was 100 percent. And then the heavens opened up. There was no kitchen service and we were feeling peckish. But desperate times call for desperate measures and the result reminded me why we don’t frequent any of the Spur franchises.  We phoned the Spur, which was not far from the lodge, the heavy rain, however,  put paid to the idea of the walk.  But they didn’t deliver, even though they were nearby, literally across the way. “Phone Mr Delivery,” they said.  The front office staff offered to fetch our order, so Alfred, even in the pouring rain,  did his duty and collected two burgers. But there was a catch, despite the menu (with prices) that was available at the hotel, the Spur staff told Alfred the price had gone up. To add insult to injury, the Spur burgers were tasteless. It just reminded me why we don’t frequent any of the Spur branches. The last time we visited one was about three years ago , to a franchise near where we live, and the meal (rump) was just as disappointing.

Next morning after a restful night’s sleep, and a comforting breakfast, we pointed the nose of the Ford EcoSport to Egoli where we arrived about four hours later.

Once again the SUV behaved perfectly, up hills and down dales, it soared gracefully, sucking up the bumps like a Hoover. There was a long stretch of stop-start driving where the road is being reconstructed and traffic slowed to snail’s pace. The EcoSport crawled along quite happily for the next 50 minutes or so, even in the heat, at one stage, the temperature gauge indicated 37 degrees, but the efficient manual air con helped us to keep our cool.  Despite the poor road conditions, there were no mystery squeaks or rattles, testament to the build quality of the SUV.

It rained for most of the time we were in Johannesburg and there were a few cloudbursts that would have been welcome in Cape Town.

The journey home was enjoyable, too. Except we used a lot more petrol on the way back, due to the higher Reef altitude.  We also took another route home, via Welkom to Bloemfontein: the road is not as well maintained as the N1 but still the uneven tarmac didn’t make the ride uncomfortable. It’s also not much longer and we bypassed the road reconstruction and two toll plazas including Kroonvaal which saved about R77 in fees.

I was impressed at how the EcoSport behaved on the tar. The ride was smooth and the road noise was almost non-existent.  The peppy engine was always eager to move and the automatic always seemed to hit the right gear at the right time. Despite its small capacity engine it punches far above its weight. It’s is primed to pump out 92 kW and 170 Nm, with power going to the front wheels.

Instead of Ford’s popular Powershift, the EcoSport uses the latest-generation six-speed automatic. The torque-converter automatic transmission delivers smooth shifts. If you want to, you can make the engine more responsive by changing to Sports mode when you can use the shift paddles on the steering wheel.  The driver has an excellent view of the road. Although you have to adjust the seats manually  it’s not hard to find a comfortable driving position.  Although we spent a lot of time cruising on the open road the EcoSport proved to be pretty nimble in Johannesburg’s rain-soaked and gridlocked traffic, it darted in and out of the never ending traffic and thanks to electrically assisted power steering slipped easily into the small parking bays.

In Trend spec the EcoSport has most of the bells and whistles that the Titanium has including the SYNC®3 communications and entertainment system. There’s Bluetooth and Voice Control and a 6.5 inch screen is fitted to the Trend.  The boot floor uses a honeycomb construction which can take more than 300 kg. While the boot itself appears small, 333 litres, you have to pack smartly, the 60-40 split load space increases to 1 238 litres.

The SUV has a full-size spare-wheel mounted on the rear-door which opens outwards.

There is always a difference between claimed and real-time fuel economy. Most of the driving was on the open road and I recorded figures of  little more than 8litres/100km as against Ford’s claimed 6. 3litres/100 km. An icon on the instrument cluster shows how far you can travel on the 52 litre tank and it was fun to watch the range increase or decrease depending how heavy your foot was on the accelerator. As a matter of interest we spent R2 477.85 on fuel and R339 in  toll fees, apart from the e-tolls, which more and more motorists are refusing to pay.

Safety has also been ramped up considerably. Standard are Electronic Stability Control (ESC) with Traction Control (TC);  as well as Roll Stability Control (RSC) that adjusts engine torque and braking;  Hill Launch Assist (HLA) and Tyre Pressure Monitoring System (TPMS). Six airbags are standard while the Trend and Titanium have a driver’s knee airbag. The side airbags have been redesigned to provide extra thorax protection and direct the occupant away from an impact; and new curtain airbags provide increased side-impact coverage. It’s also fitted with a standard perimeter alarm, remote central locking and new anti-theft door locks. The Trend and Titanium models have a Thatcham alarm with double dead-locking. Only the Titanium has keyless entry and start.

Summing up, The EcoSport 1 litre with automatic transmission delivers on all fronts. It’s great in city traffic and open road cruising is a pleasure. It’s a refined and comfortable ride. The EcoSport 1.0 EcoBoost Trend 6AT  carries a price tag of R306 900. Check with your dealer.