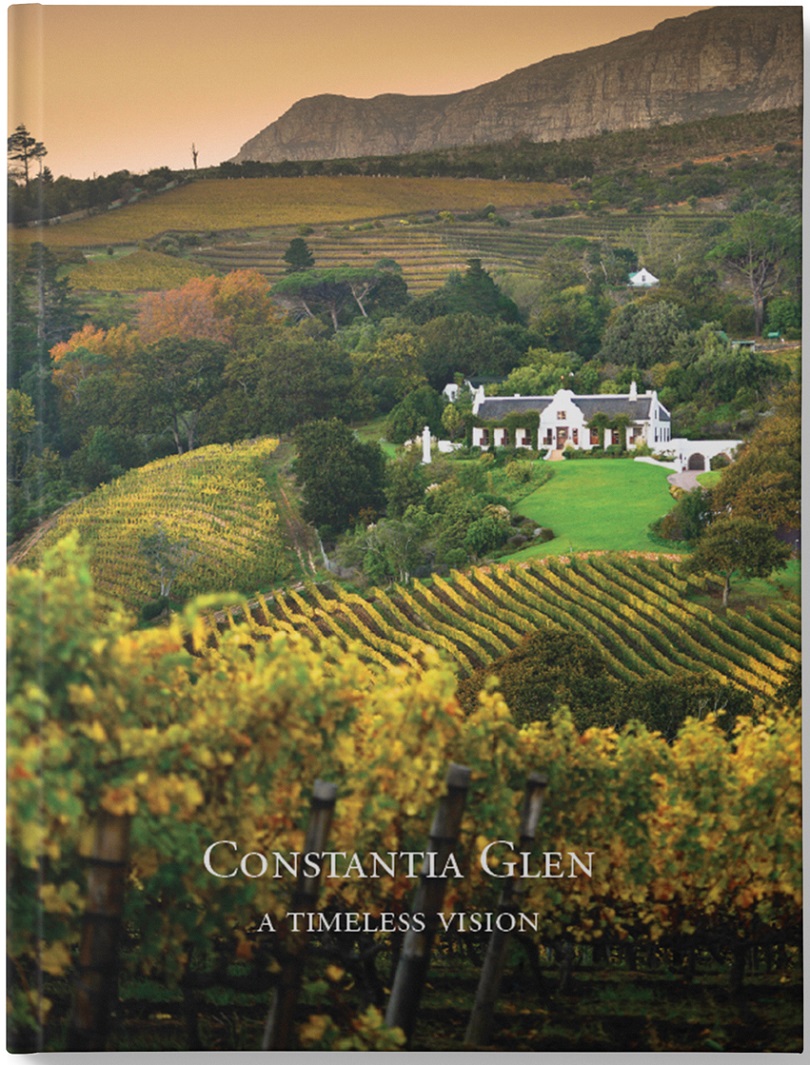 The evocative journey spanning over 140 years of Constantia Glen, a jewel in the crown of South Africa’s oldest wine region, has been chronicled in a beautiful coffee table book.

Constantia Glen – A timeless vision captures the life and times of this boutique wine estate through its turbulent early history and eventual transformation from forest land into one of the Cape’s premier family owned wine estates.

Carefully researched and written by author Clare O’Donoghue with compelling photographs by Craig Fraser, the book is a celebration of Constantia Glen’s prowess. This visual feast is a historical account, rich in scale, but it is also the intimate story of the Waibel family whose determined vision is underwritten by a deep love for the land they have nurtured over four generations.

The book pays homage to the finely-tuned contemporary operations and advances behind its world-class winemaking, the Constantia Glen team’s unflinching commitment to quality in everything that they do and the ‘extended family,’ the Constantia Glen staff – some of whom have worked on the farm for decades.

“There’s a lot to be said for continuity,” says Alexander Waibel, the third generation custodian of Constantia Glen. “It’s in the way we learn about our vineyards and the way we value the people who work in them.”

The 60 hectares of undulating landscape have been under the custodianship of the Waibel family, a textile dynasty from Dornbirn, Austria, since the late 1950s – first as rolling forest land, then an Angus stud before returning to their historic wine farming roots. The first vines were planted in 2000 with the very first vintage of Sauvignon Blanc harvested in 2005.

As a vanguard in the pioneering story of the Constantia Valley, Constantia Glen’s internationally acclaimed Bordeaux-style wines are known for their profound sense of place.

“We steer our grapes into wines that are a reflection of where they are grown,” says Winemaker Justin van Wyk.

Situated on the upper reaches of Constantiaberg just 20 minutes from the Cape Town city centre, Constantia Glen is a haven from the urban bustle so deceptively close by.

Constantia Glen – A timeless vision is published by Quivertree Publications and sells for R500 at selected book stores.

Constantia Glen is open from Sunday to Thursday from 10h00 until 18h00 and on Fridays to Saturdays from 10h00 until 20h00. Look out for the Constantia Glen signs towards the top of Constantia Main Road. Call 021-7955639, e-mail reservations@constantiaglen.com, visit www.constantiaglen.com, www.facebook.com/ConstantiaGlen or follow @ConstantiaGlen on Twitter and Instagram. The GPS co-ordinates are S 34º 0’39.6” E 18º 24’30.6”.