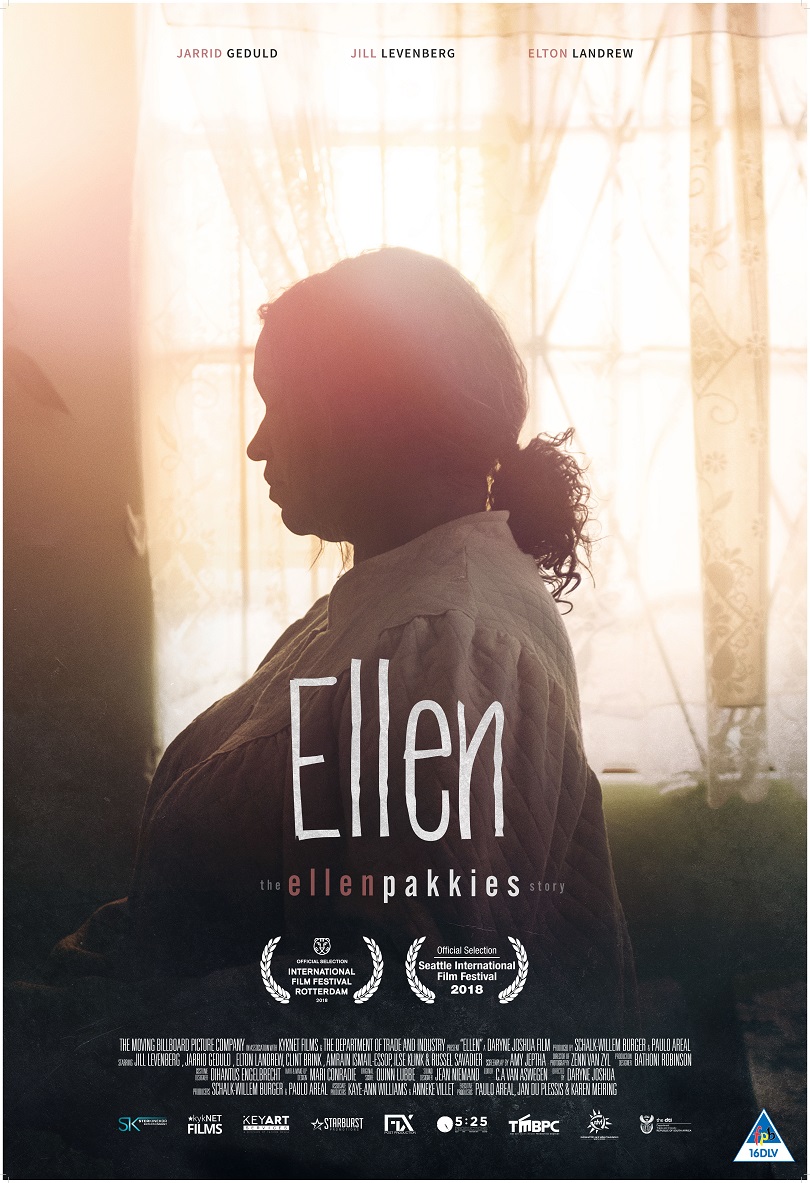 The critically acclaimed drama of Ellen Pakkies’s life, ELLEN, THE ELLEN PAKKIES STORY, which captured the hearts of audiences across the globe, was honoured with four big awards at the thirteenth annual South African Film and Television Awards at Sun City this past weekend.

Jill Levenberg (Genadekans, Noem my Skollie, Suidooster), who plays the role of Ellen – a mother that killed her drug-addicted son out of sheer desperation, won Best Actress, and Jarrid Geduld (A Lucky Man, A Boy Called Twist, Black Sails), who stars as the troubled Abie Pakkies, was awarded Best Actor for his efforts.

Acclaimed director Daryne Joshua, who also won Best Director at this prestigious events says: “I don’t think we made this film with the intention of winning any awards. But now that it has been recognized with four SAFTA Awards, it provides extra exposure and helps focus the attention back on the importance of Ellen Pakkies’s story. And for this, we are overwhelmed and extremely grateful. Thank you to the SAFTAS and NFVF for your faith in our project.”

“Artistically speaking, in this career of filmmaking, I am never too sure if I’m heading in the right direction or making the right choices. But Winning the SAFTA for Best Achievement in Directing serves as confirmation that perhaps I’m doing something right. I am deeply appreciative for this recognition and I share it with the ELLEN, THE ELLEN PAKKIES STORY film crew who shed blood, sweat and tears to bring the vision to life”, Daryne adds.

The film, which delves into the inner psyche of a family ravaged by drugs in one of the most dangerous communities in South Africa, also stars well-known actors like Clint Brink (Binnelanders), Ilse Klink (Stroomop, Isidingo), Elton Landrew (Suidooster, Dryfsand) and Russel Savadier (The Wild, Isidingo, Black Sails).

This motion picture was produced by The Moving Billboard Picture Company’s Paulo Areal and Schalk Burger in collaboration with M-Net, kykNET Films and the Department of Trade and Industry (DTI) and is distributed by Filmfinity (Pty) Ltd. It is currently available on DVD.

For more information about the SAFTAS and other winners, visit:  https://www.facebook.com/saftassa/