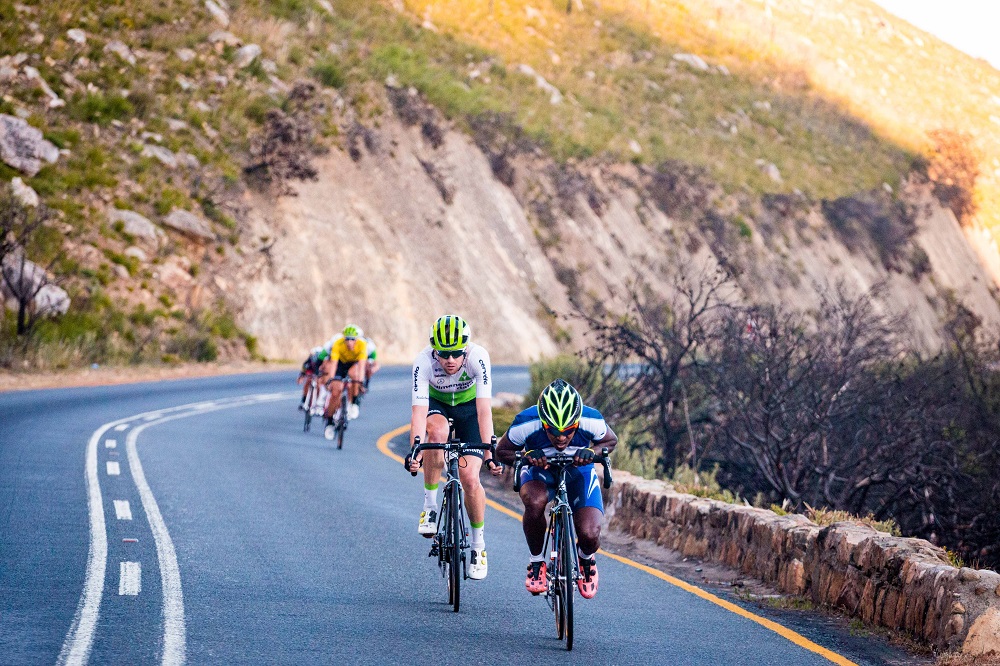 The Takealot Tour of Good Hope’s queen stage became just a little bit more gnarly after organisers were forced to make a late change to stage four, necessitated by road works in the area.

ASG Events chief executive Erick Oosthuizen said on Friday that they were forced to introduce changes to the route of the five-day UCI 2.2 race, which starts in Paarl on Monday, following extensive discussions with the City of Drakenstein.

“There was no guarantee that we could get the riders through that area safely and we have had to review the second and fourth stages, taking Bothmaskloof out of the equation.”

He said stage two would be slightly longer than the original 90km, stretching to 114km, and that several “rolling hills” on the altered course could up the ante considerably.

Stage four has been reduced from 149km to 127km, but Oosthuizen warned that the queen stage would present an even greater challenge to overall contenders than before.

“The riders will go over Bainskloof Pass early in the stage and then do a right into Slanghoek Valley before eventually coming back over Bainskloof into Wellington before finishing at the Boland Landbouskool in Paarl.”

Kent Main, champion by one second in 2017 and runner-up to Stefan de Bod last year, believed the 26.5km team time-trial on day three would set up the race perfectly ahead of the queen stage.

“I expect there may not be much opportunity for splits on the first two stages,” said Main, who will spearhead the South African Continental team TEG Procycling.

“That means that the team time-trial may be the first time you will see the GC start to take a bit of shape.

“As an individual time-trial it’s not an easy course and now that it is a team time-trial it’s going to be pretty hard to keep everyone together without breaking up the rhythm.

“But I think that will really suit our guys as we have a super-strong set of riders who can really put a good time out there.”

Because the team time-trial was the first of three tough days of racing, he felt that the depth of the teams would be tested from that point onwards.

“It is followed by the queen stage and then there is the last stage that climbs up to the Taal Monument. You can’t win it up that last climb, but you can certainly lose it.”

Main said his objective was to try and repeat his victory from two years ago.

Other road works enforced changes to the traditional route, which resulted in the exclusion of Franschhoek and Du Toitskloof passes, have not changed his mind.

“I’m disappointed those climbs are not part of the route but it may have spiced it up a bit,” said Main, who won on Du Toitskloof in the last two years.

“It’s going to be interesting because we have some new guys in our team. There may be a bit of inexperience, but we definitely have riders who are strong enough to support me or someone else if we are in a good position.”

The team arrived in Paarl last week and Main said they did a recon of the fourth stage to wrap up their preparations.

“This race is a big one on our programme and we would love to start off our year with a bang.

“The main objective is to win the tour with guys like myself or Gustav Basson [third last year]. This is always a goal of mine and I like to give it a full go.”

The former champion conceded that there would be strong competition from other local pro teams.

“Guys who have stepped up to the plate this year are OfficeGuru with Dylan Girdlestone and Marc Pritzen, in particular, standing out.

“And then you have Clint Hendricks of ProTouch who is very versatile. He can climb, he can sprint, do pretty much everything and it will be interesting to see how he goes.”

With UCI status piquing the interest of foreign teams, Main said he hoped for increasingly tough competition in the Takealot Tour of Good Hope.

“With its new status it would be great for South African cycling to get some really good names. The race has so much to offer.

“As a Continental outfit, we are definitely going for the points available for doing well in the GC. The more guys we can get up there the better as it will help us to get our European and Asian campaigns up and running.”

CAPTION: Former champion Kent Main (middle) aims to regain the overall title of the UCI 2.2-rated Takealot Tour of Good Hope, which takes place near Paarl in the Cape Winelands from March 4 to 8. Photo: Robert Ward