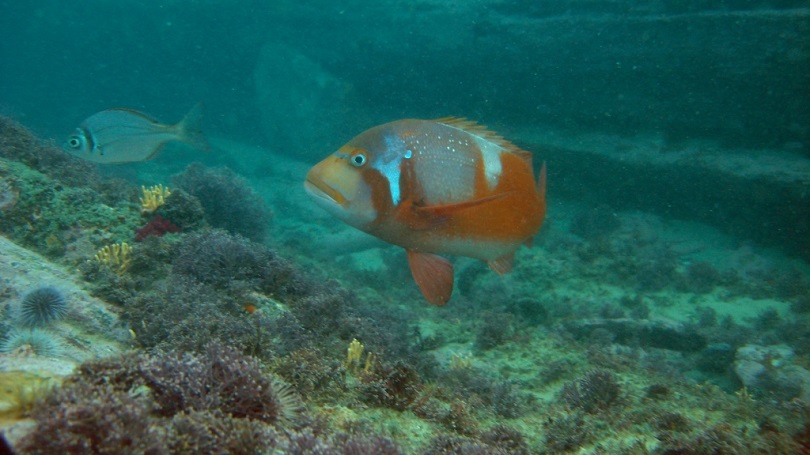 The beach is constantly changing, every day will be different.

Sometimes the beach seems empty with very little lying along the high water mark but generally there will be bits of driftwood, soft sponges or hard coral, redbait polyps, shark egg cases and of course bits and pieces of shell. But every now and again something unusual happens, either a rare find or sometimes lots and lots of things wash out at the same time.

Mass washout events of invertebrates and fish species occur intermittently both across our beaches and over time. Until fairly recently these events may have gone relatively unnoticed. However, today an unusual event is quickly advertised through facebook and other online media.

The most recent event in the Garden Route included the washout of relatively high numbers of fish.

Two days prior to wash out we experienced strong and sustained easterly winds.  Driving along the coastline this wind starts to cause the inshore surface waters to move away from the coastline which in turn starts to pull up colder deeper water to the surface.  The easterly winds essentially drive a very large and effective water pump. If the water temperature drops quickly, fish are unable to adapt and are stunned by the cold water. Stunned and unable to swim they then wash ashore.

Although a natural event which provides plenty of easy food for many seabirds and beach scavengers, satellite derived wind data shows that since the early 1990s the intensity and variability of upwelling along the south coast has increased with potential implications for marine life.

Changes in wind patterns and water temperature have the potential to impact the productivity and species composition of plankton which in turn can influence the abundance of small pelagic fish (e.g. sardines, anchovies) with consequences for larger predators (both fish and bird). In addition an increase in upwelling will increase the offshore movement of surface waters and along with it fish larvae drifting southwards from the more easterly spawning grounds may well be lost.  Ultimately the consequences of increased upwelling are likely to be complex and variable.

During the February upwelling a number of species washed up along the coastline but our surveys of the event indicated that the majority of the fish impacted were juvenile red tjor tjor, santer and maasbanker. Of these santer are an important species within the ski-boat linefishery and we will have to wait and see if this upwelling event will have impacted catch rates in 3 to 4 years when these fish would have been large enough to catch.