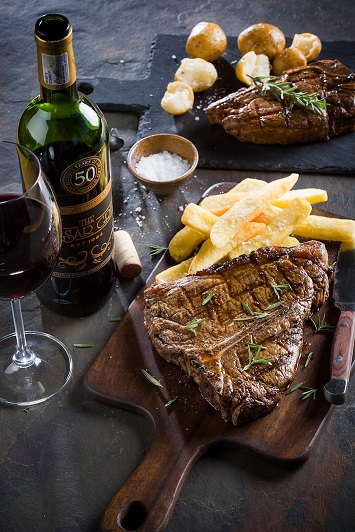 Worcester is a much unsung destination, yet it has more and more going for it. We invite you to explore its widening range of delights.

Your first glimpse of the Western Cape’s very own Worcester (not to be confused with its colonial namesake in the UK) is of a generous, wide-lipped valley closely ringed by mountains with a satisfied little town nestled at its heart. The largest in the Cape interior, Worcester is more than a mini metropole. It is the gateway to an ever-widening range of attractions located a mere 90-minute drive from Cape Town on the N1 towards Johannesburg.

Situated in the Breede River catchment area, yet verging on the Karoo, Worcester is rich in history and natural splendour thanks to the many mountain passes and impressive peaks that form the natural borders of the area. If it’s only spectacular scenery and nature you’re after, Worcester would satisfy on this front alone.

Scenic destinations such as the Karoo Desert National Botanical Garden, which was founded in 1921, beckon. Consisting of 124 hectares of arid and semi-arid terrain at the foot of the Hex River Mountains, this unique garden plays home to a variety of indigenous succulents. In springtime these “vygies” put on a vibrant, colourful explosion of blooms.

Combine a bent for nature with a brew, or two, by visiting the Klipbokkop Mountain Reserve, where the Mountain Brewing Company has set its microbrewery on the slopes of the Stettyn Mountains. Enjoy locally made Craft Beer while taking in the panoramas that unfold in every direction. The private reserve is a sanctuary for several endangered species and is popular with birdwatchers and 4 x 4 enthusiasts.

Exploring the valley is made all the more exciting with Hexpas Ecotrek. The company offers a two-and-a-half day Botterboom Hiking Trail which traces the history of the area by following parts of the first railroad that was built to the north in the 1870s. There’s also a 13,5km mountain bike trail that heads towards the area’s original railway tunnels.

As you can tell, trains are a theme here, and Hexpas Ecotrek’s pièce de résistance is a ride along one of these original train tracks. Tractor-drawn railway coaches wind along an abandoned narrow-gauge railroad that takes you up the Hex River Pass, where you can picnic and absorb the views.

If you need a change of pace head into the town itself. En route, stop at the picturesque Die Pampoen Padstalletjie for farm-made delights such as apple chutney, bottled preserves and sugary fudge. The quaint farm stall occupies an old cottage and has achieved a small measure of fame by living up to its name. A cornucopia of pumpkins, squashes and butternuts decorate the building, making it an Instagram-friendly stop that’s hard to miss from the road.

The Worcester Museum is one of the highlights of the small central business district and offers free entry on Tuesday, Wednesday, Friday and Saturday. While it focuses on the cultural history of the area, the museum is alive with regular demonstrations of bread baking, soap making, candle making, tobacco rolling, metal work and donkey cart rides.

On the food-and-drink side, Worcester will not disappoint. Wine and olive tours are available, as are standout restaurants, such as the Bosjes restaurant at Bosjes Wine Farm and the newly opened The Hussar Grill Worcester, the latest addition to Worcester’s horn of plenty. A premier grill room with a multiple award-winning wine list, The Hussar Grill is listed four times in the Eat Out Awards Top 500 and is commended for aged-to-perfection cuts of meat, classically delicious sauces and well-versed service. It’s a must on your visit to the Worcester valley.