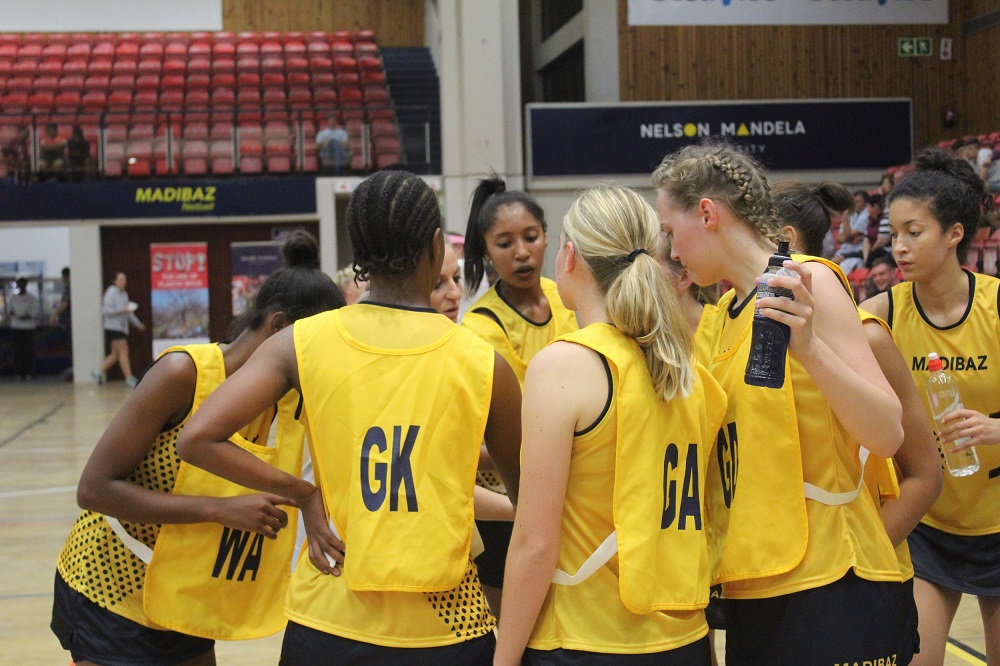 The annual SPAR Madibaz netball tournament held at the south campus in Port Elizabeth over the weekend showed the event has continued to grow in popularity with a record 80 teams attending this year.

The two-day tournament at Nelson Mandela University accommodates women’s and men’s teams, providing a perfect chance for players in the Eastern Cape to gauge their strength at this early stage of the season.

Madibaz Sport netball manager Melinda Goosen said the opportunity for some teams to play indoors and the activities created around the event had contributed to its increasing popularity.

“Word of mouth of each year’s success makes new teams want to join and experience our Madibaz magic,” she said.

“This year we drew 800 players to the tournament, playing in various sections, and this created a wonderful vibe around the whole occasion.”

She added that the growth of the event was an indication of the hunger in the Eastern Cape community for the sport.

“Firstly, it gives coaches the opportunity to test their teams’ abilities as they prepare for upcoming leagues.

“Secondly, those attending, especially schools players, get an idea of what it is to be part of the Madibaz netball set-up, providing them with an incentive to join us when they leave school.”

Goosen said it was a chance to demonstrate the talent available in the Eastern Cape.

“It is great to see them come out to play the game that we love.

“With the support of our loyal sponsors in SPAR Eastern Cape, we are able to put an event together where there is great exposure for a wide range of players and two fun-filled days for the whole family.

“Our product sponsors for the event, Twizza and Noorsveld Chickens, ensured that the thirsts got quenched and the tummies were full.”

The tournament underlined the strength of netball at Madibaz, with their teams winning most of the sections.

The only sections university teams did not win were the B and men’s divisions, in which they did not field teams. They were won by Devitels (men) and Phoenix (B section).

Goosen said their success was an indication of the high level of netball at the varsity.

“Madibaz netball is in a great space at the moment, having had a magic season in 2018, which provided a solid base for 2019.

“We have lost some senior players due to them graduating, but we have enormous talent coming through in the first-year students.

“In addition we have great coaches and structures in place to support these players to take them to the next level.

“We are proud that the players are from the Eastern Cape because it is very important to us as a university in the region to retain our emerging talent.”

CAPTION: Members of the Madibaz A reserve team gather for a strategy break during the annual SPAR Madibaz netball tournament at Nelson Mandela University in Port Elizabeth at the weekend. The team won their division. Photo: Lebogang Sandla