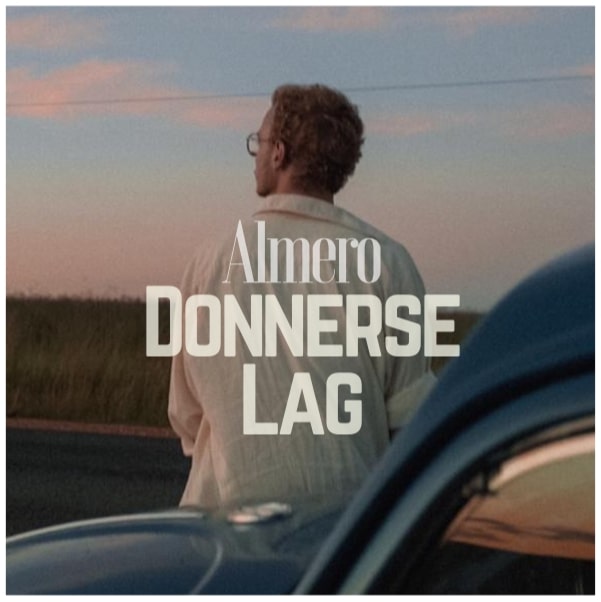 The versatile and talented Almero just received a Ghoema nomination in the category Best Alternative Album. He also just announced the release of his third single, Donnerse Lag.

Donnerse Lag was the last and final track that was recorded for Almero’s album. After Almero and his brother, Nico, worked on the song for quite some time, Ruan Graaff got involved with producing the track. Innitially Ruan just recorded the guitar play, but eventually assisted with producing. “This process was very different to other tracks on my album. We first produced the music and then I created the lyrics and melody.” said Almero.

“The song is about the past three years of me and my brothers life. telling our story of struggling financially while trying to make our mark in the entertainment industry. The song may be filled with anger, but mostly the frustration of things not working out as you imagined. I have been wondering if God has grown tired of listening to me complaining about how hard my life is. When everything goes wrong in your life, nothing makes you more jealous than someone who is constantly smiling,” explains Almero. “There are moments in the song that cries for help along with the realisation of feeling selfish.”

The music production was ultimately done by Almero, Nico Welgemoed and Ruan Graaff. Recording was done by Peach van Pletzen, who was also responsible for final mix and mastering. It was an easy and fun process, but not without its challenges.

“The vocals was most difficult to sing, but Peach van Pletzen calmed my nerves and I was able to shout into the microphone without being shy. This song is even more special, since my brother helped me with writing the lyrics and melody, more than he usually does.” he added.

The music video for this song was also released today. The video was shot in-between Potchefstroom and Parys, with some scenes in Potchefstroom. Almero’s brother, Nico Welgemoed, produced the video.

“My brother is a videography genius!” Almero said.

Apart from being nominated for Best Alternative Album, the public can also vote for Almero as their favourite Male Artist, by SMS’ing PM2 to 39951. You may vote as much as you like. SMS’es are charged at R2/sms. Voting opened on 28 February 2019 and closes on 28 March 2019 at 24h00. Terms and conditions apply.

The 2019 kykNET Ghoema awards is one of the biggest glamour events in the music industry and will be taking place on 17 April 2019 at the magical Sun Arena, Time Square Casino in Pretoria. Tickets are on sale and available from Computicket.

Donnerse Lag is also available on Almero’s album, MAANDAG and also at these online platforms:

The album is distributed by Kanada Records.