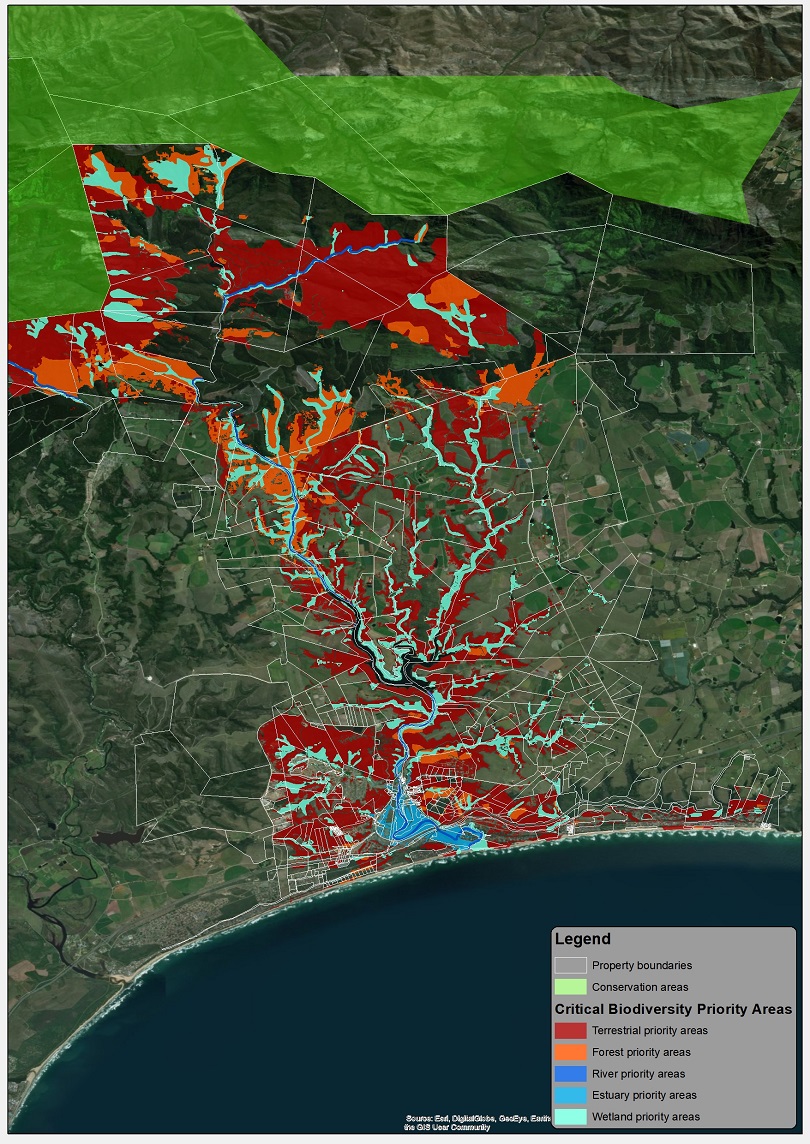 “Land in the Garden Route is not exactly cheap and land available for the exclusive purpose of  conservation is getting scarcer by the day as farmers maximise production on every available hectare, and developers and incoming new landowners expand their efforts into former wildland areas,” says Cobus Meiring of the Southern Cape Landowners Initiative (SCLI).

The catastrophic fires experienced during the past two years left regional Fire Protection Units and landowners in the rural/ urban interface with little choice but to reduce biomass levels in the landscape in an attempt to reduce fuel loads for wildfires and associated exposure to wildfire.

According to Meiring conservation bodies regard river systems in the Southern Cape as possibly the last resort for conservation of biodiversity in the region, but as things stand, not enough spatial data is available to provide land managers with sufficient levels of information required to plan and engage with individual landowners.

He explains: “Layers of spatial data include geographical information highlighting areas that are valuable from an indigenous biodiversity perspective, or from a water conservation perspective, areas that are badly affected by invasive alien plants, erosion or land degradation.”

“Once the spatial data sets for the selected river systems are ready, SCLI will make them available to landowners along those river corridors. The data sets will allow landowners to get a better perspective of the conservation potential their land has, where the problem areas on their land are, and how to plan to rehabilitate their land for the purpose of conservation.”

Landowners who are interested in the development of conservation corridors will be able to follow new developments on the Southern Cape Landowners Initiative (SCLI) website: http://www.scli.org.za

Picture: Groot Brak River Map.  Layers of spatial data include geographical information highlighting areas that are valuable from an indigenous biodiversity perspective, or from a water conservation perspective, areas that are badly affected by invasive alien plants or erosion or land degradation.