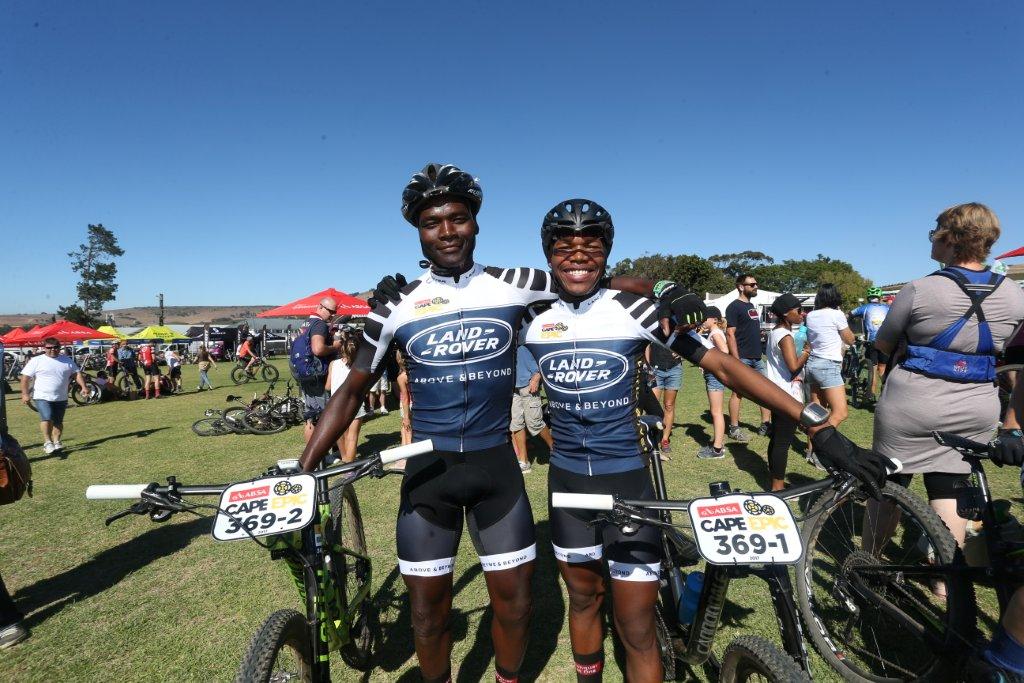 Masango, who also rode in the team in 2017 and managed an impressive top-50 result in 2018, will replace French rugby union player Freddie Michalak who has unfortunately been forced to withdraw his Team Land Rover entry due to the recurrence of an old sporting injury. Masango’s team-mate Mboneni Ngcobo will replace Michalak’s team-mate Jesse Wilson who has also withdrawn.

Tina Pienaar-Smit, sponsorship manager, Jaguar Land Rover South Africa and sub-Sahara Africa said: “Land Rover and the rest of the team are saddened that Freddie and Jesse have had to pull out of the 16thedition of the world’s toughest mountain bike race, but at the same time we’re relieved that Sithembiso and Mboneni have stepped up to fill the spots. These are two world-class athletes and we’re confident they’ll perform with the same unstoppable spirit as the rest of the team.”

Sithembiso and Mboneni have competed together in the Absa Cape Epic, and the pair have a long history as team-mates with previous top 10 finishes at the FNB Wines2Whales and the Old Mutual joBerg2c races under their belts.

Masango is the first black mountain bike rider to have been awarded national colours in Marathon and went on to represent South Africa at the UCI World Marathon Championships held in Germany in 2017. That same year Sithembiso also raced at the World XCO Championships in Australia.

In 2013 Martin Dreyer, another rider in the 12-strong Land Rover team, founded the RMB Change a Life Mountain Bike development team – here Dreyer identified talent in the Valley of 1000 Hills in rural KZN and gave that Talent a support structure to be great, from which both Masango and Ngcobo are esteemed alumni.

“The dedication and passion Sithembiso and Mboneni have shown for the sport is phenomenal,” said Dreyer. “It’s inspirational to see how the two have progressed from the days when the Team rode on heavy hardtails, costing only R3500. I’m so proud to ride alongside them in Team Land Rover at the Absa Cape Epic this month.”

Martin and his wife Jeannie, who have completed 11 Epics between them, will lead the Team Land Rover charge at the race start at the University of Cape Town. Jeannie added, “We are super excited, surprisingly it’s our first Epic riding together, so that’s very special.”  Another potent duo will be the Women’s pairing of Hannele Steyn and Katja Steenkamp. Hannele is one of only four riders in the world to have completed all 15 previous Epics, and is the only woman to have done so – earning her the title of Last Lioness.

Last Lion Mike Nixon has also completed all 15 past Epics, and for the 2019 edition will line up alongside plastic surgeon Shane Barker in the Grand Masters class. Adventure sports specialists Clinton Mackintosh and Mark Collins will compete together in the Masters category, while former Springbok John Smit will partner businessman and Cape Epic regular Shane Chorley.

The 16th edition of the Absa Cape Epic will start on  March 17  and finish eight days later after a grueling 624km journey through the Western Cape landscape. The race format requires two-person teams to remain within two minutes of each other at all times to prevent time penalties, and the field is limited to a maximum 650 teams.

Follow the Land Rover team on social media @LandRoverZA and using the #UnstoppableSpirit and #Untamed hashtags.