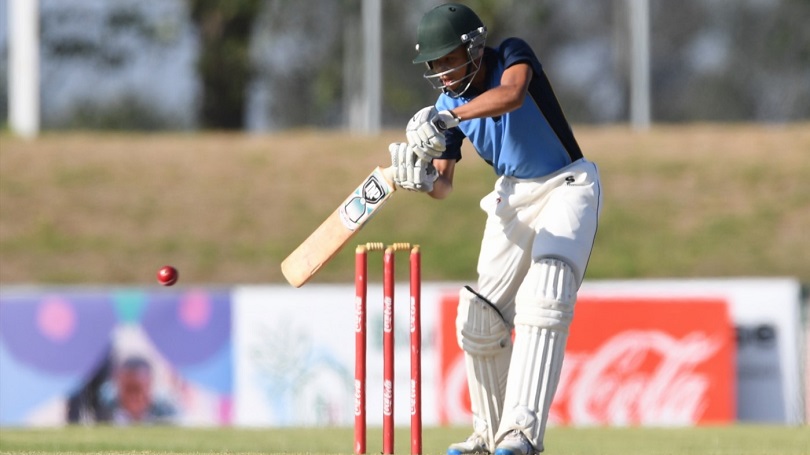 Paarl Gymnasium played against SWD representative, Langenhoven Gymnasium, in the first match of the day. The Paarl bowlers put a lot of pressure on the Langenhoven batsmen and managed to bowl them out for 65. The pick of the bowlers were Juan Wilson 3/9, Pieter Rossouw 2/6 and Bradley Davids 2/8. Paarl took no time to knock off the runs to win by 9 wickets. Jandre Burger scored 37 runs before being bowled by Jaden Dyssel.

The second match was between Langenhoven and South Africa College High School (SACS). SACS won the toss and sent Langenhoven into bat. Langenhoven batted better than in their previous match but were still not able to put SACS under pressure.

Langenhoven scored 93 for 7 in their 20 overs with Matthew Klusener being the pick of the bowlers with 2 wickets for 15 runs. SACS chased the total down for the loss of 2 wickets in the 14th over. Daniel Smith finished not out on 46 and Michael Levitt scored 41.

The final match of the day was between Paarl and SACS where the winner would be the Cobras champions and subsequent franchise representative. Paarl won the toss and sent SACS into bat.  SACS got off to a great start and after 10 overs they were on 82/2 and looked like they could go on to hit a massive total. However, Paarl improved their game and took wickets on a frequent basis, reducing SACS to 149/8 in their allotted 20 overs. SACS only managed to score 69 runs and lost 6 wickets in the final 10 overs.

Paarl batted sensibly in their run chase and were ahead of the run rate from the first over of the day. Even though they lost a couple of wickets they were never in trouble, eventually winning by 8 wickets with 4 balls to spare. Once again Jandre Burger, 73 not out, was the pick of the batsmen. He batted throughout the innings and marshalled his team to victory.

SACS opening bowler Anda Dilima and Langenhoven wicketkeeper Jedhli Van Briesies were selected to form part of the Coca-Cola® All-Star team that will play at the National Finals in Pretoria. These players will get an opportunity to meet the other qualifying teams, have coaching sessions with Paul Harris and play against a Cricket South Africa select side as a curtain raiser to the final of the Coca-Cola® T20 Schools Challenge.

Paarl will represent the Cobras and will join the other five franchises winners and the two schools that qualified through the CSA Focus School programme at the competition’s National Finals at the University of Pretoria from the 15th to 17th March.