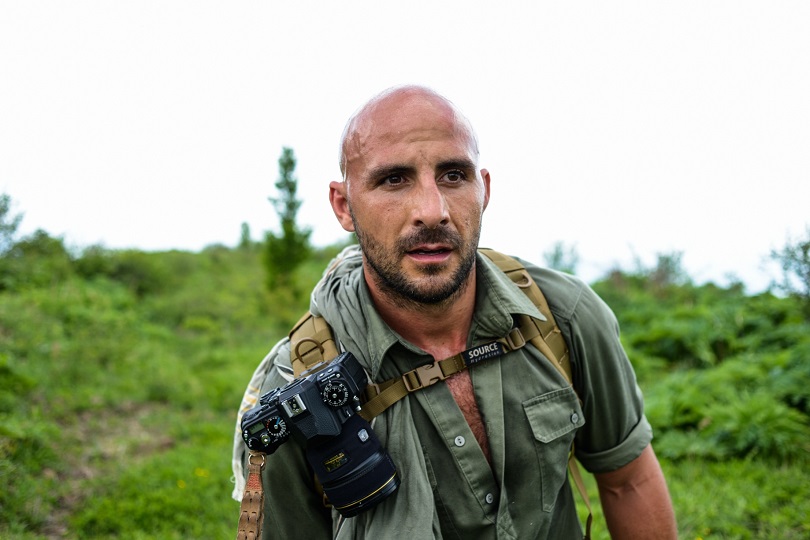 Monday 11 March 2019, Australian born conservationist and docu-journalist Adrian Steirn, who has adopted South Africa as his home country, was recognised by the Queen as the 91st Commonwealth Point of Light for his outstanding service and inspirational work campaigning for conservation.

Adrian is the founder of ‘Beautiful News,’ a multimedia storytelling format that uses photography and filmmaking to share the stories of ordinary people in southern Africa whose passion, dedication and commitment inspires, helps or otherwise influences the habitat, and those around them, in a positive way. Through Beautiful News, and with projects such as 21 Icons, Azerbaijan Leopard Project, Pangolin Men in Zimbabwe and the rhino poaching crisis in South Africa, Steirn has been at the forefront of pivotal content that has had a large role in stimulating action and discussion around key conservation issues.

Steirn has also displayed a unique bravery, putting his life at risk to consistently defend those under threat in their own habitats and expose those who seek to use the environment for their own benefit. In 2018, Steirn received worldwide acclaim and recognition for his brave three-month undercover mission which uncovered a poaching and smuggling syndicate, linked directly to the former first lady Grace Mugabe. Steirn gathered documents, undercover videos and testimonies, which he showed to Al Jazeera’s Investigative Unit. Since Steirn’s work in Zimbabwe, over 300 kilograms of illicit ivory has been seized by the authorities and a police investigation against Mugabe regime is currently underway.

“To be awarded the point of light award is a great accolade and I deeply appreciate it. It really is an award that represents communities of people that have touched me over the last decade of photographing Africa and speaks back to the value of our natural world and platforms such as Beautiful News.”

In 2019, Steirn intends to continue utilising his mastery of storytelling in order to continue galvanising conversation around key conservation issues. He will also be the launching an exciting AI ‘Smart Ad’ initiative called Acorn Intelligence, which is attempting to transform the way consumers interact with adverts, whilst donating a percentage of its brand partners advertising spend back into conservation initiatives.