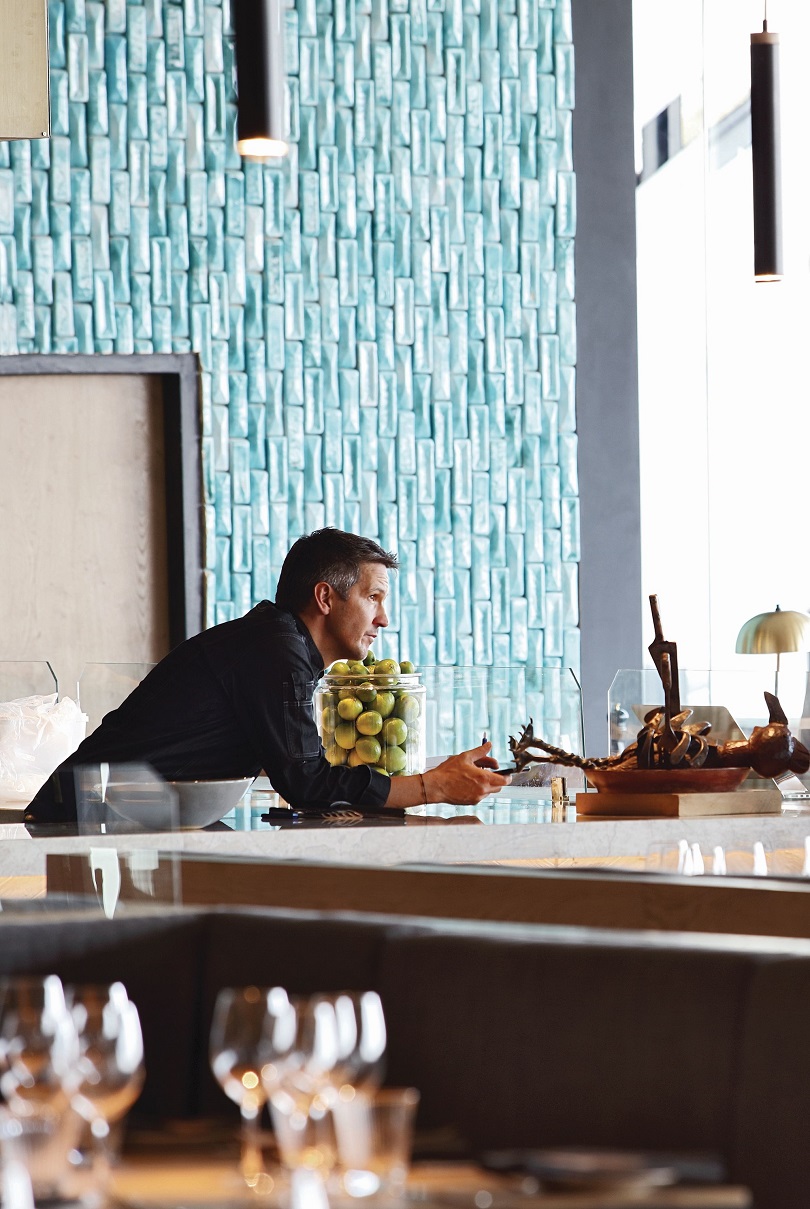 A brand new edition of S.Pellegrino Young Chef Competition is open for applications. South African chefs, David Higgs, Angelo Scirocco and Vusi Ndlovu, tell us about their experiences with the competition and share advice for young chefs preparing to embark on this global gastronomic journey.

The S.Pellegrino Young Chef title is voted for by a panel of Seven Sages, revered top chefs from around the world. This year there will be an additional three awards to vie for: Fine Dining Lovers Food for Thought award for the young chef best expressing their personal philosophy in their dish; S.Pellegrino Award for Social Responsibility for a dish embracing sustainability in food and socially responsible practice; as well as the Acqua Panna award for Connection in Gastronomy for a dish that reflects a connection between different cultures.

S.Pellegrino‘s contribution to the global food community is greatly appreciated by South African chefs. Chef David Higgs says. “S.Pellegrino have done incredible things for me over the years.” He has a long history with S.Pellegrino, since winning the Eat Out S.Pellegrino award for Chef of the Year 2013. “I’ve been taken overseas, introduced to some of the world’s top ten chefs, as voted by 50 Best, I’ve judged on panels with them, things that as a South African you would never be exposed to. That networking is everything, we need to bring that knowledge back to South Africa.”

As one of the Seven Sages judging the 2016 Young Chef competition and a mentor in other years, David sees enormous value for the young chefs taking part. “The biggest thing is the calibre of chefs that are at the competition. The exposure is phenomenal. All it takes later is an email to say that you’ve been at that competition, you’d love to come and work in their kitchens and that opens the doors.” It’s not about disappearing off to work overseas forever, he says. “The important thing is to bring that knowledge back, not so much dishes themselves, but techniques and how people think about food.”

Chef Angelo Scirocco, finalist in the AME regional leading up to the S.Pellegrino Young Chef 2015 competition says, “Being part of a global community is like having a family that push the limits, understand where you are going and where you want to be. It’s a huge amount of networking.” He’s since gone on to open three successful restaurants and is visited by fellow young chefs as well as competition judges.

Chef Vusi Ndlovu, Top 7 finalist of S.Pellegrino Young Chef 2018, feels he learned a huge amount during the two years of the competition, “You learn how to expand on a dish, look into how it works, the mechanics, the packaging, the balance. I’d never looked at food like that before. It’s a more holistic approach.” It was hard work but taught him to believe in what he does. The accolade of being named one of the top seven young chefs in the world gave him a huge amount of confidence. “You’re really assured that you’re in the right job when someone like Dominique Crenn says, ‘Don’t stop what you’re doing, I love it.’ “

Mentorship is an important aspect of the competition, says David. “A lot of these young chefs haven’t cooked at an international level before and are expected to perform in front of audiences and for television.” The mentor is there for support and reassurance, to take care of the peripherals so that the young chef can focus. “It’s important that the young chef expresses what’s relevant to him.  My role as mentor is to give advice on technique, presentation, refining if it needs it.”

Vusi agrees, “The mentor is a guiding hand, a sounding board. He’s in the trenches with you, makes sure you’re in a good space. Without that person you would just get lost in your head.”

David’s advice for aspiring young chefs, “Cooking is paramount. It can be truly simple and traditional with an edge, but things need to be cooked perfectly. Cook from the heart, something that has a story that you can sell to the judges and that you believe in. Put that forward in a clever, inventive way.”

Vusi says, “Stick to what you know. If you really believe in a concept, if it’s bangers and mash or pickled fish, make them the best ones in the world. Ask a lot of questions. Make the dish as often as you can and have a lot of different people taste it.”

Angelo’s advice is, “Remember you are not alone and you never have to be. This industry is tough. You have your mentors and your friends who believe in you. That will be your strength.”

Looking to the future

S.Pellegrino’s support doesn’t end with the presentation of the winner’s trophy. Winners are invited to take part in several high-profile events and the brand is really invested in creating a global community. “S.Pellegrino encourages us to speak to each other, keep in touch after the event,” says Vusi who is currently planning a collaboration with the chefs that were in the Top 7 finals with him. S.Pellegrino gives him a platform in the global community and he feels there’s a responsibility too, “You can’t just rest on this achievement, it’s what comes after that.”