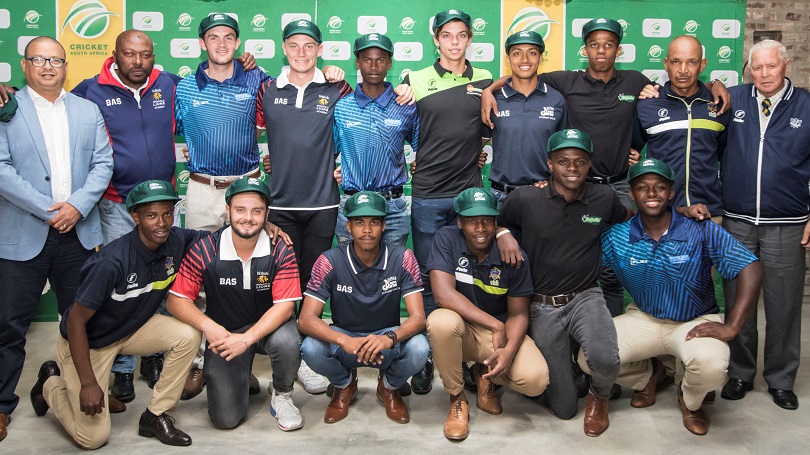 Francois van Heerden and Lance Humphrey were the cream of the crop as the Multiply Titans made it five bonus points wins from five by ousting the bizhub Highveld Lions in their highly-anticipated T20 derby clash on the final day of the Cricket South Africa (CSA) Franchise Academy Week that was hosed in Oudtshoorn last week.

The team from north of the Jukskei won by a massive 82 runs against their rivals from the south as the curtain came down on the competition in Oudtshoorn.

There were also wins for VKB Knights and Hollywoodbets Dolphins on the final day.

But all eyes on day five were on the Langenhoven Gymnasium where the two teams that had swept all before them met.  The Lions won the toss and bowled first, but their decision did not appear a very good one as the Titans amassed 247 for eight.

They were driven by Van Heerden’s 73 off 112 balls (8 fours), the first half century of the week for the opener.  Although no one else managed to cross 50, there were useful 30s by Christopher Britz (32) and Thomas Mashiane (34) as well as 28 from Tsholofelo Phukile, which helped their side set 248.  Louis van Schalkwyk ended as the pick of the bowlers with three for 47.  The Lions needed a good start to have a chance, but Asad Patel (2/17) claimed two of three early wickets to leave them on 16 for three.  The other strike came from pick-of-the-bowlers Humphrey, who took three for 18, as the opposition never recovered.  Half centuries by Phumzile Majaja (50 off 76 balls, 6 fours) and Cole Abrahams (50 off 53 balls, 3 fours, 3 sixes) barely threatened, although they did add some respectability to the scoreline, with the Johannesburg-based side dismissed for 165 in 37.3 overs.

Despite the defeat, the Lions ended second on the standings, with the Knights coming third after thumping the Warriors by 72 runs at the Recreational Ground on day five.

Nathan Roux was the key man for the Central franchise, anchoring their 177 for nine with 75 off 142 balls (7 fours).

Laduma Tshaka was the best of the bowlers for the Eastern Cape side with an outstanding four for 27.

The Warriors offered little fight and were bowled out for 105 in response, Aiden Brooker bagging three for 18 and Thami Mthonxa two for 11 – the second innings done and dusted in 40.2 overs.

Finally, Bradley Porteous struck an unbeaten century for the Dolphins in their 53-run triumph over the World Sports Betting Cape Cobras, who ended the week winless.

Mujaahid Toffar took three for 29 for the Cape side and then top-scored with 32, but it was in vain.

There was no support for the all-rounder, with Khwezi Gumede (4/34) and Yves Kamanzi (3/35) sharing seven wickets to leave the Cobras all out in 35 overs.

Batter of the week:

Bowler of the week:

Wickets for the week 14

Player of the week:

Wickets for the week 14