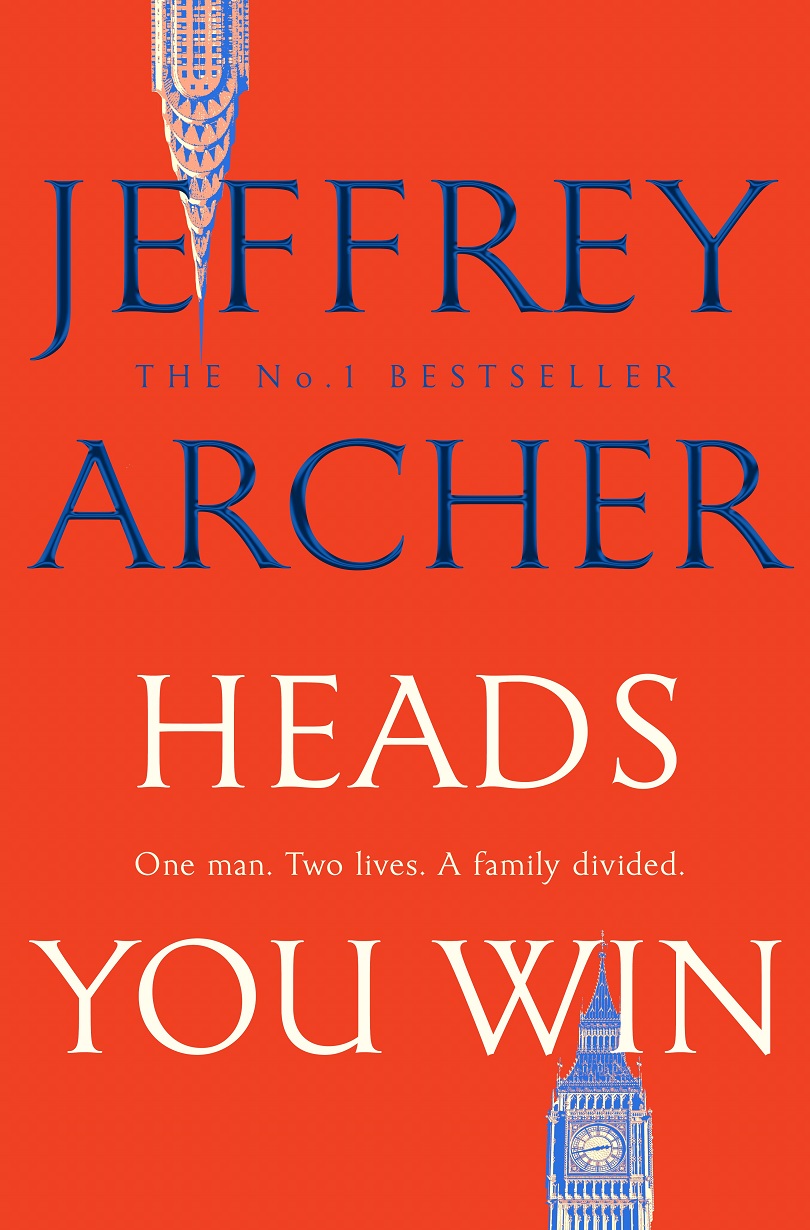 Jeffrey Archer’s newest book, Heads You Win, is a twist on his 1979 best-seller Kane and Abel which tells the story of the bitter rivalry between two men born on the same day: Boston millionaire William Lowell Kane and Abel Rosnovski, a dirt poor Polish immigrant, through World War I to the 1929 Wall Street Crash.

Fate plays a big role in a person’s life and the choices they make often depends on the spin of a coin. Afterwards you wonder, what if?  There are two stories in Heads You Win each reflecting the other, like a mirror. Alexander Karpenko, who with his mother, Elena, escape from Russia after his activist father is assassinated by the KGB. At the docks they spin a coin to see if they will go to New York or London. In the mirror image Sasha and his mother, Elena, choose London. Sasha’s uncle and Elena’s brother, Kolya is also an activist and uses his influence to smuggle them aboard the cargo ship.

The two men lead parallel but different lives. Sasha graduates from Cambridge, becomes a Labour MP and has a stellar career in politics; he marries Charlie, and his mother, an excellent cook, is offered a chef’s job by one of the passengers, Mr Moretti who owns a restaurant in Fulham.

On the other hand Alex and Elena, who worked as a chef in the officers’ mess,  are treated abysmally by the cook aboard their ship, and it is only through the help of the Chinese galley hand that they arrive safely but penniless in America.

Alex becomes an entrepreneur, marries Anna, a curator at an art gallery, opens a “chain” of Pizzerias with his mother as the chef , and with a lot of help from Dimitri who takes them under his wing. Alex puts up his hand for Vietnam where he saves the life of Lawrence Lovell, heir to a banking dynasty. Later Alex is appointed chairman of the bank, which is on the brink of bankruptcy. Lovell’s sister, Evelyn, is caught with her hand in the cookie jar when a number of paintings in the collection are shown to be excellent forgeries. To say more would be a spoiler but the action moves from Leningrad, to London, America and back to Russia when Sasha, after much soul-searching, decides to go back to Russia and enter the race to become the Soviet Union’s first democratically elected president.  Alex decides to return with his family to the homeland he left 30 years earlier.  Heads You Win has all the ingredients for a page-turner: betrayal; the CIA; the KGB, and all play a role in the lives of Sasha and Alex, who are really one person. There are also some interesting characters that help flesh out the tale; Fiona Hunter, the Conservative MP who has always been a thorn in Sasha’s side; the mysterious Dimitri and neither Alex nor his mother can decide if he’s friend or foe.

There’s a twist and Archer leaves you hanging from a cliff by your fingernails so you know there’s more to come. A clever plot and a gripping read from a master story-teller.