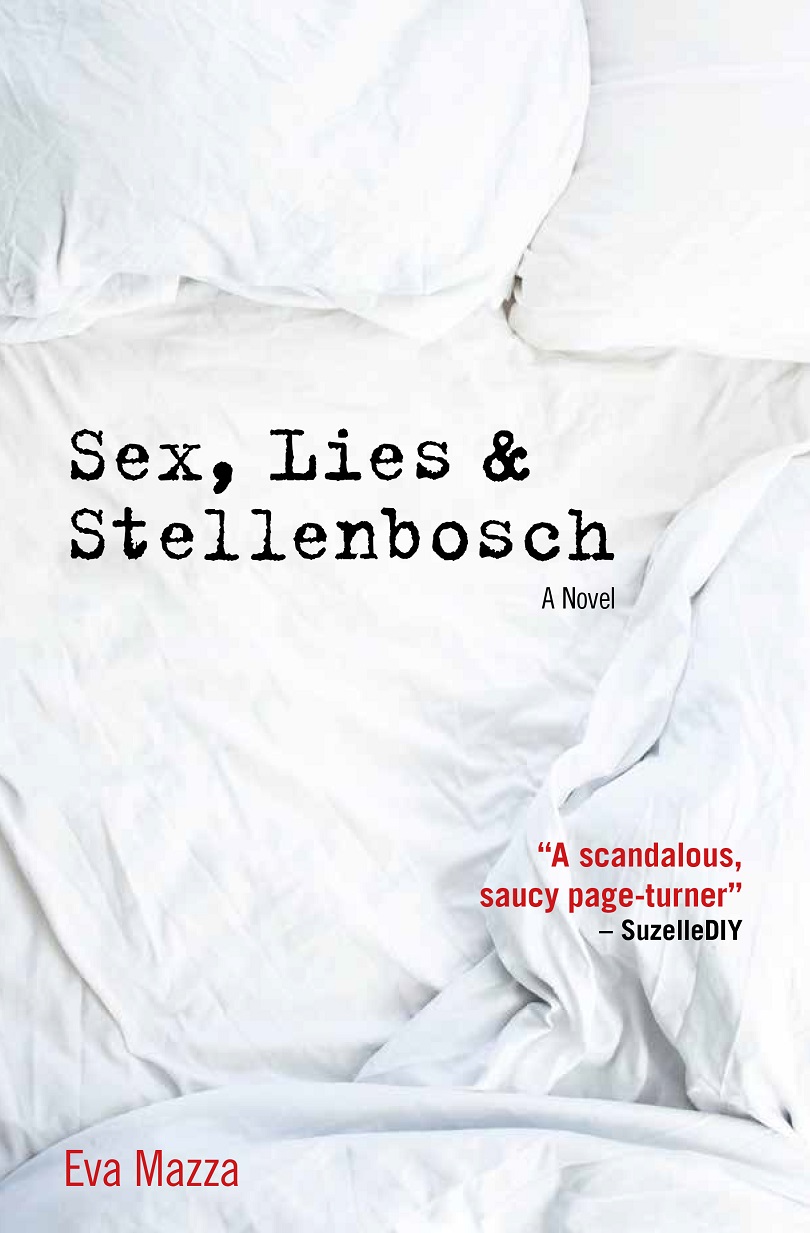 The tree-lined avenues of Stellenbosch and the wooden shutters on the Cape Dutch farmhouses that dot the lush vineyards give the impression that apart from the wine-making and tastings, some excellent restaurants and the quaint Stellenbosch Village Museum listed by Tripadvisor, as a place to visit, it is a genteel, sleepy place. Except for what’s going on behind closed doors.

But beneath the veneer of gentility there’s a lot of sex and lies, most of it true, according to Mazza who wrote the book as fiction to protect the innocent.

But again it’s a façade. In reality he is the founder of an exclusive “gentleman’s club” in Cape Town where the “boys” would gather for monthly poker games which became “poke her” nights and happened more than once a month.  And that was the start of the trouble in Paradise. The headline character is Jen Pearce, who with her husband, John, own a wine farm, what else?

John’s 55th birthday celebration goes awry when Jen makes a speech that goes down like a lead balloon, ignoring the one that her daughter, Brigit, wrote for her.  To seek solace after the drunken party, John succumbs to the tender ministrations of Patty, the sexy wine rep. But Jen catches them in the act, and, stunned, she runs screaming through the vineyards and books into Delaire,  an exclusive and expensive spa, for emergency treatment, using John’s credit card. Fortuitously she meets Claudia, a psychologist who introduces her to a relationship guide, Sharon, the most unlikely counsellor, and lawyer Leonard.  Claudia and Sharon help Jen pick up the pieces of her life when she faces the truth that her husband is a serial sex addict and has been having affairs with many women, not least her “best friend” Frankie. Who incidentally is furious with John because of his relationship with Patty.

Finally Jen plucks up the courage to divorce John. Meanwhile, Lee, who had been bookmarked for marriage to the virginal Jen by her mother, is killed when he crashes his Ferrari. Lee is also Brigit’s godfather, and  may even be her father, after Jen’s furtive fling with him under the oaks, before her marriage to John.

The wine farm owner leaves Jen money, more than enough to make her financially independent, and Brigit inherits the apartment she lives in, which unknown to her was owned by Lee, much to Frankie’s ire. Jen appoints her son Peter to manage their farm, alongside John, and she moves to Oranjezicht where she starts a new life. And serendipitously reconnects with the hunk Myron, her old schoolfriend.

If you want to take a message from Sex, Lies and Stellenbosch, it could be that a woman scorned can pick up the pieces and make a new life for herself. The phrase, Hell hath no fury like a woman scorned comes from the play, The Mourning Bride by English author William Congreve in the late 17th and early 18th centuries.

Sex, Lies and Stellenbosch is a fun romp and an entertaining read. It has been written for adults,  not to be taken seriously. And if you’re a  Mother Grundy you’re bound to find it offensive.