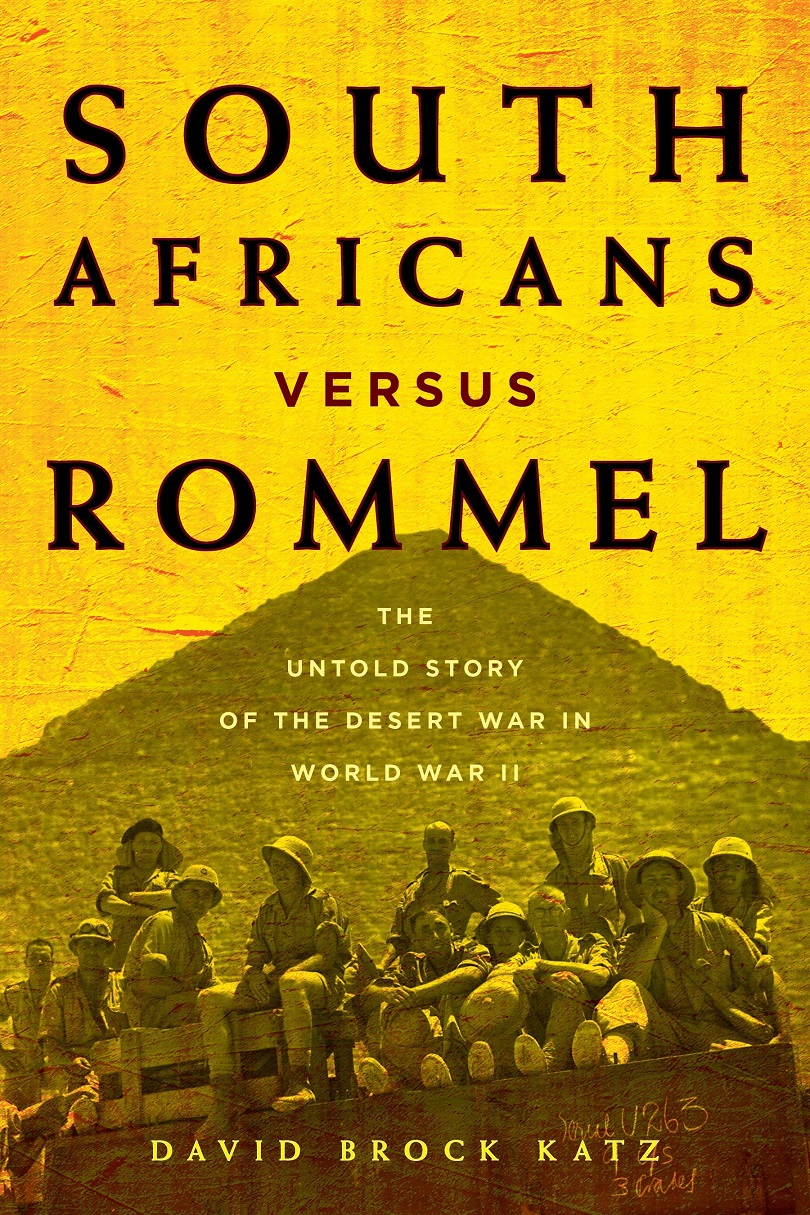 The Untold Story of the Desert War in World War II

Whenever people gather to exchange war stories, it’s inevitable the surrender by the South Africans at Tobruk will come under the spotlight.

But, writes David Brock Katz, in this account of the desert war, the British were largely to blame for South Africa’s downfall when they fell victim “to a last-minute and poorly executed decision to defend Tobruk”. British failure at the operational level, not to mention the fumbling of an inexperienced South African general, resulted in the commitment of a fully motorised division to a static defence, writes Katz in “The Untold Story of the Desert War in World War II”, as it is subtitled.

Katz examines the doctrine of the combatants and explains how the differences led to acrimony, and defeat, in several instances. Although South Africa at first glance didn’t appear to have a specific doctrinal approach to war, their ideology was similar to the British in many ways. South African had a long-standing aversion to sustaining unnecessary battle casualties. It was the cause of much misunderstanding between the British and South Africans.

The history of the South African Defence Force is clear and unambiguous and examines in detail how it came to be formed. It was a melding of disparate ideologies and the Union itself emerged from the ashes of a bitter war between Britain and the Boer Republic (1899-1901) yet they managed to put aside their differences and the “Boers” even adapted to the much hated Khaki of the British.

Jan Smuts played a major role in the formation of the United Defence Force. Originally it was meant to manage internal strife and pledged neutrality in the event of world war. World War I almost put paid to its establishment for various reasons. However, the UDF eventually conquered German South West Africa (now Namibia) in 1915 and South Africa administered the territory for many years.  The decision to enter World War II virtually split the country. Some experts, after the fact, believed that if Sir Patrick Duncan had granted JB Hertzog permission to dissolve Parliament, South Africa may well have remained neutral. But the events of 1938, the invasion of Poland changed all that.  The UDF, according to a report commissioned by Smuts had fallen to abysmal levels. What was most disconcerting, however, was that South Africa had no defence plan, so it couldn’t calculate, for example, how much manpower it needed. To add to her woes, South Africa was alone among the Allies whose official opposition was opposed to participating in the war: subversive organisations flourished, some of which resorted to sabotage.

South Africa had its heroes too. George Brink’s foresight and planning played a decisive role at El Wak where the British who were massively outnumbered were bolstered by the support of the South Africans led by Dan Pienaar.

The other campaigns that Katz examines include Operation Crusader, aimed at lifting the siege of Tobruk, which stopped Erwin Rommel from invading Egypt. Operation Crusader also showed up the weakness of the British, particularly Alan Cunningham, commander of the Eighth Army, who had never witnessed a tank battle before. But he was ready to disperse the armoured brigades “as one of our armoured brigades is equal to his whole tank force”. Which served to underline the ambiguity of British leadership.

Perhaps because more people are aware of Tobruk, but not the reasons for the South African defeat, it is one of the most interesting chapters in South Africans vs Rommel.

Katz analyses it in microscopic detail and comes to the conclusion that it was the vacillating General Hendrik Kloppers’s poor leadership that resulted in the disaster that was Tobruk.

The battle of El Alamein was South Africa’s swansong in East Africa when they managed to halt Rommel’s advance after the fall of Tobruk. As Katz explains, it was a rare exercise in teamwork in a campaign that suffered from a distinct lack of it.

Klopper spent 18 months in captivity and, ironically, he was rescued by Vladimir Peniakoff, better known as Popski, the commander of Popski’s Private Army who told him that the men thought he had surrendered too easily. Although Klopper was found to be blameless by a British Court of Inquiry in his absence in 1942, he battled to vindicate himself. Despite his failings on the battlefield, he became Commander General of the Union Defence from 1956 to 1958 under the National Party government. Dan Pienaar may have been succeeded Jan Smuts as the next prime minister, but he along with the other occupants of the plane that was taking them to South Africa died when it crashed in Kenya. BF Armstrong was one of the first casualties of Sidi Rezegh: he escaped from an Italian Prisoner-of-War camp and he retired in 1950 after becoming Acting Chief of the General Staff in 1950. Smuts won a resounding election victory in 1943 but a few short years later in 1948, the Nationalists swept to power and those who were sympathetic to the Germans and the Nazi war effort were now firmly in charge and started dismantling all ties to the United Kingdom.

South Africans vs Rommel is a must read for any war historian and even if you have a passing interest in the subject it will be an eye-opener. It is written in an easy-to-understand style and everything is put into context. Katz has done an excellent job of interpreting and explaining a complex issue without resorting to jingoism. Historic black and white images add interest. There is a comprehensive list of sources, endnotes, footnotes and an index.