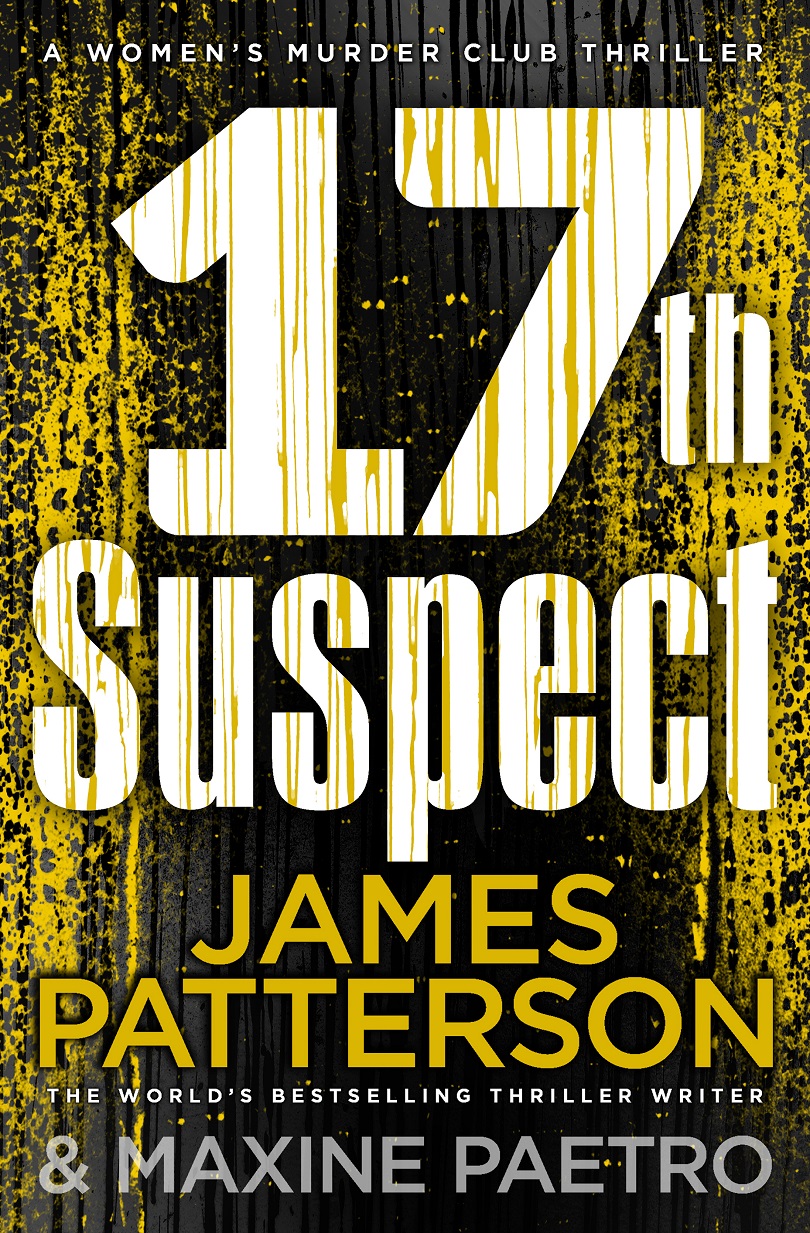 This is the 17th thriller featuring the Women’s Murder Club, not that the members murder anyone, they’re a group of friends which consist of Sergeant Lyndsay Boxer of the San Francisco Police Department; Assistant DA Yuki Castellano; ace reporter Cindy Thomas of the San Francisco Chronicle and chief medical examiner Claire Washburn who meet regularly for lunch or dinner, to let off steam or just to relax. In the 17th Suspect, Boxer and her partner Rich Conklin are on the hunt for a serial killer who is shooting homeless people, seemingly at random; Castellano is having “issues” with her chief detective husband, Jackson Brady, just when she is in the middle of prosecuting a case that could make or break her, defending advertising executive Marc Christopher, who alleges that his female boss, Briana Hill, raped him at gunpoint.

A woman who witnessed a shooting gives Boxer the tip-off and assures her it is not the first killing of a homeless person. The woman, Millie Cushing, who lives on the streets herself decides to put her trust in Boxer. Soon there is another killing and though it is out of her jurisdiction Boxer decides to check it out. However, the investigating cops do a sloppy job, getting there hours after the killing when the crime scene is already compromised, and they refer to the homeless as “lumps of dump”. And one of the cops, who has clashed with Boxer previously, doesn’t like her interfering ways and soon the sergeant is facing disciplinary charges. But the feisty detective and Conklin are determined to find the killer who commits his next murder in Boxer’s precinct. Meanwhile Castellano’s case seems to be collapsing like a house of cards and she is having second thoughts about her client’s innocence.

To add to the pressure Boxer has to contend with some medical problems and she thinks she may be pregnant, just when her unemployed husband, agent  Joe Molinari has been offered another job.

In true Patterson and Paetro style the story races through many twists and turns until the unexpected climax.