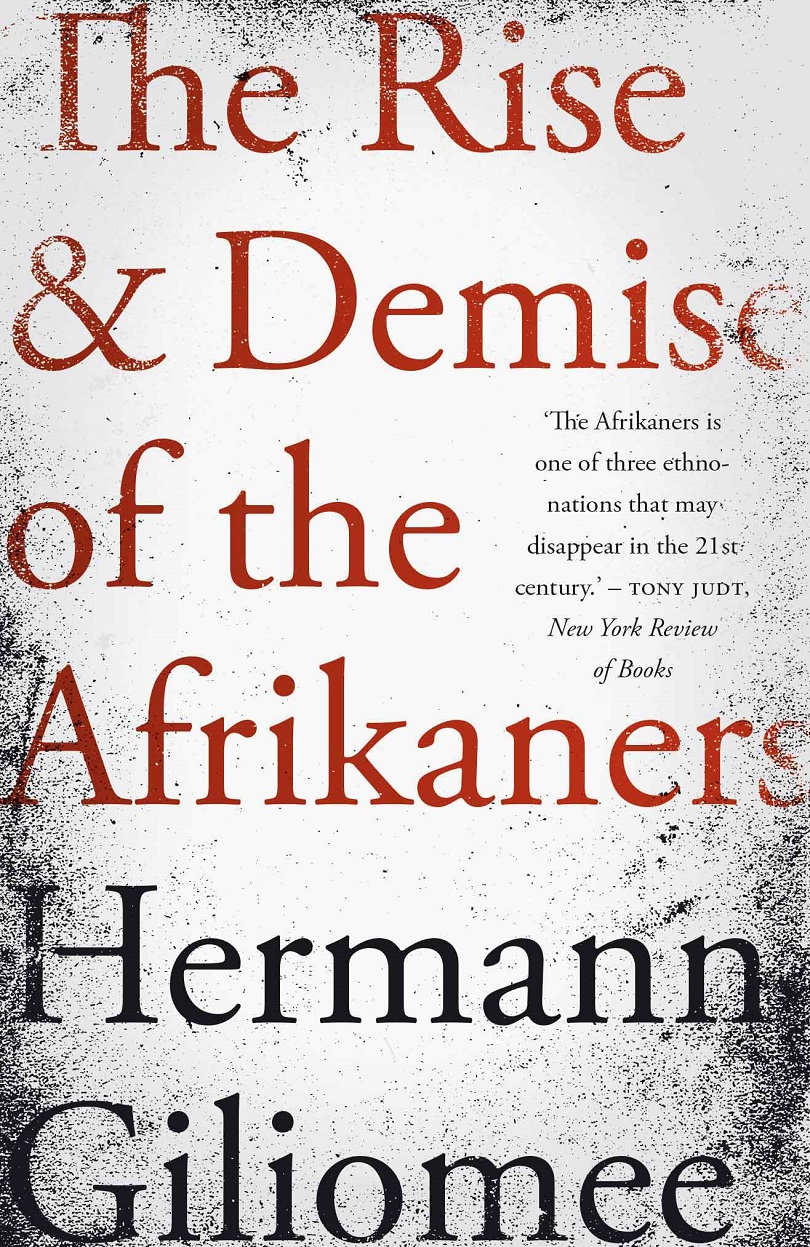 Herman Giliomee paints a bleak view of the future of the Afrikaners (Afrikaans) and doesn’t give much hope for its survival much beyond the 21st Century.

However, the Afrikaner and by extension Afrikaans has endured and lasted through 75 years of the 20th Century. It’s a hardy language and according to German linguist, Heinz Kloss, who Giliomee quotes, “Unless we consider Arabic an African tongue… Afrikaans is the only non-Asiatic or non-European language to have gained full university status that has been used in all branches of learning and life. During the 20th Century only Hebrew and Afrikaans, of all the world’s small speech communities, have managed to achieve this level of development. Two large speech communities, Bahasa (Malay and Indonesian), achieved the same feat.”

Sociologist Lawrence Schlemmer, also quoted by Giliomee, observed that “as remarkable as the rise of Afrikaans has been its sudden decline as a language of instruction at universities and schools and as a language of record in the courts since 1994.”

Giliomee puts the blame of the demise of Afrikaans on the language policies of Pretoria and Stellenbosch that decreed that English would be the medium of instruction.

Another reason was the lack of protection by the political parties: the ANC was generally hostile to Afrikaans. However, former leader of the DA Tony Leon, and outgoing premier of the Western Cape, Helen Zille, took up the cudgels for Afrikaans, if bureaucrats or university principals undermined it.  After Zille stepped down as DA leader support seemed to dwindle even though Afrikaans-speakers formed the single biggest bloc in the party.

There is also a crisis of Afrikaans in the coloured community. A study showed that many of the children are being taught in English although their mother tongue is Afrikaans and this reflects in their participation at university level.

Shortly after strongman BJ Vorster, the former prime minister’s fall from grace, Giliomee interviewed him and he makes some interesting observations in the chapter, BJ Vorster and the Sultan’s Horse. Giliomee also has some trenchant things to say about former National Party leaders, among them PW Botha, HF Verwoerd and his vision for the country. The historian also analyses the effects of the disastrous speech when PW Botha failed to cross the Rubicon. It triggered a massive outflow of capital and the line in the speech, “Today we have crossed the Rubicon” became the object of scorn and ridicule.

Many of the essays have been published previously but still they are worth reading again. They also paint a picture of South Africa’s troubled past – and future. The last chapter, An Elite Abandons Its People, in which the historian analyses in depth the demise of Afrikaans, has not been published before.

It’s quite hard to picture the demise of a language spoken by a minority that dominated the country for the best part of the 20th Century. Read it and you can make up your own mind.

The Rise & Demise of the Afrikaners is a thought-provoking book.  It is written in easily accessible language without the usual academic jargon.