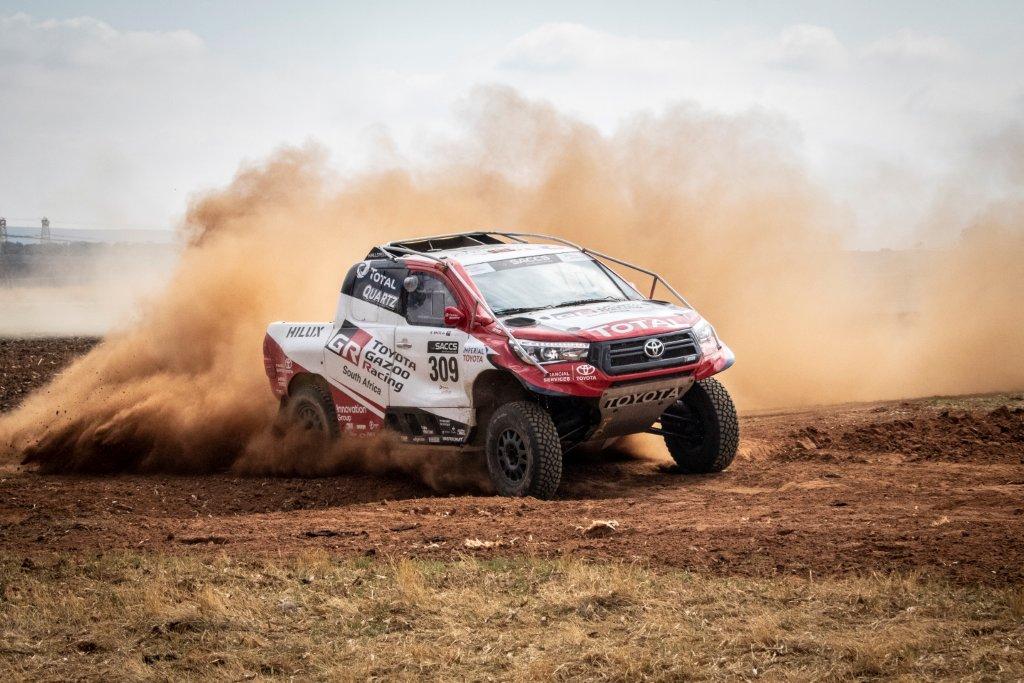 Brian Joss – Toyota Gazoo Racing SA will be taking on the Dullstroom 400, Round 1 of the 2019 South African Cross-Country Series (SACCS) with a three-car team.

In a recent move, former Special Vehicle champion, Shameer Variawa, has joined the team in a third Class FIA Toyota Hilux. He will race alongside experienced co-driver Juan Möhr in Dullstroom this weekend.

“We are excited by Shameer’s decision to join the team,” says Toyota Gazoo Racing SA Team Principal, Glyn Hall. “He has a lot of experience and good pace, and we’re sure his influence will have a positive effect on the entire team.”

Brett Cummings will join Lategan as co-driver in the Toyota Hilux for 2019.

“To us, Round 1 of the SACCS is more than just the start of our local racing season,” continues Hall. “It is also the start of our preparation for Dakar 2020, and as such every kilometre raced is invaluable.”

Round 1, the Mpumalanga 400, is set in the area around the town of Dullstroom, with the prologue getting under way on Friday, March 15. The main race will take place on Saturday, March 16th, and starts at 08:30 in the Village Green, Dullstroom. Teams will complete two loops of 160 km each during the day, with a compulsory stop at the Designated Service Park (DSP) in between.

In addition to the three factory Toyota Hilux crews, fans can also look forward to seeing other Toyota Hilux cars in action. These include the Class FIA Toyota Hilux of Chris Visser (Atlas Copco); as well as the Class T Toyota Hilux of brothers Johan and Werner Horn (Malalane), who will be chomping at the bit to regain the crown they lost to Ford’s Lance Woolridge and Ward Huxtable last year.

With the race sponsored by Malalane Toyota, the brothers see this as a home event, and will be feeling some extra pressure to perform.

“We had a great year in the SACCS last year,” concludes Hall, “and we had an even better start to 2019 when we won the Dakar Rally. Now it is time to knuckle down and get on with the business of winning races locally, and we can’t wait for the season to start.”