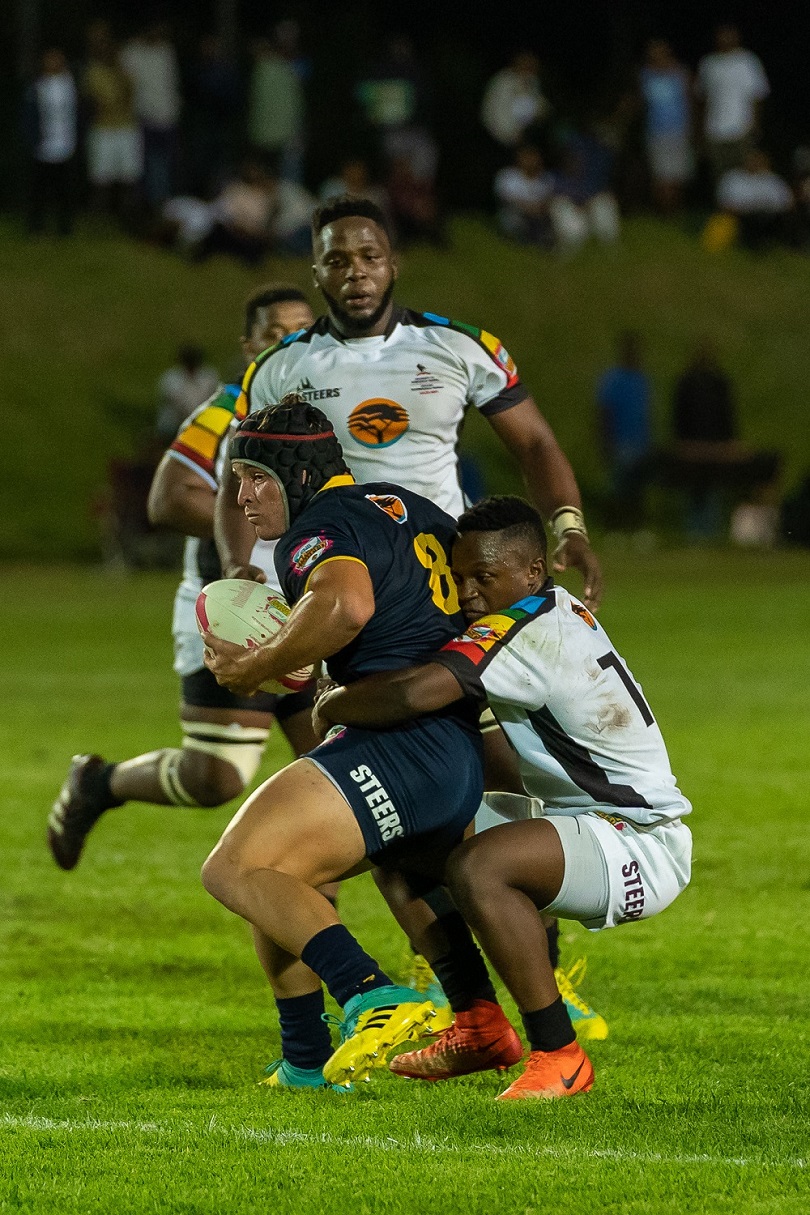 The FNB Madibaz rugby team are riding the crest of a wave in the FNB Varsity Shield this season, but star loose forward Bevan Prinsloo says they will stay humble and remain focused on their goals.

Prinsloo was named the Player that Rocks after scoring four tries in the Nelson Mandela University side’s 41-12 win over University of KwaZulu-Natal in Maritzburg last Monday, their fourth straight win in the competition.

The team have a bye this week but will be well placed to secure their spot in the top four play-offs when they resume their campaign against Tshwane University of Technology in Port Elizabeth next Monday.

A first-year sports management student, the 19-year-old Prinsloo said they were pleased with their results but would not get carried away with their success.

“We are staying humble and keeping our feet on the ground,” the eighth man said. “I think that’s how any team should be.

“The guys are pleased with the way we are playing and we want to build on that and try to go from strength to strength.”

The former Grey High captain, who grew up in PE but now lives in George, said their overall aim was to win the Varsity Shield with a view to returning to the Varsity Cup competition.

“Our aim for the rest of the season is to make sure we don’t slip up anywhere and stick to the processes that we know.”

Prinsloo said his success this season was underpinned by a desire to add value to his team.

“My goals are very simple and that is just to go out there and try my best, never give up and always be there for my teammates.

“I try to do that by carrying the ball up hard to make metres and build momentum for the team.”

He added that he was on a learning curve at Madibaz rugby and enjoying the freedom that came within the team’s playing structures.

“The environment is very welcoming and enjoyable and the coaches are very good. They know how to handle players and it creates a great environment for your development as a player.”

While his career is at an early stage, Prinsloo says he wants to do everything he can to reach a high level.

“I obviously like to carry the ball but I want to develop into an allround player who can make an impact for his team and set an example to others.”