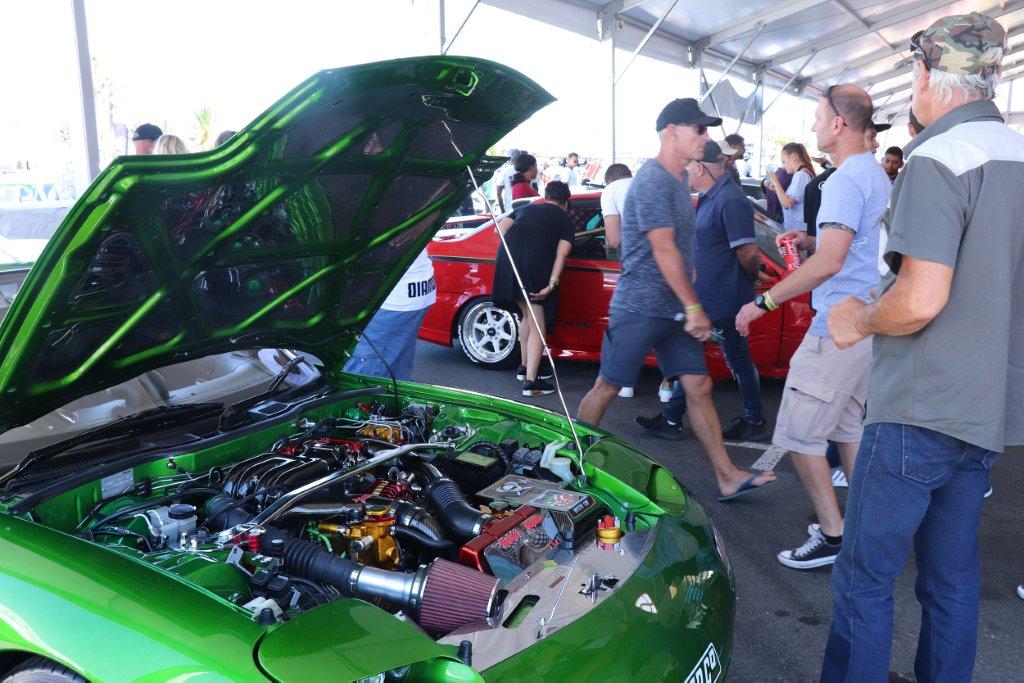 Brian Joss – The Cape Town Motor Show (CTMS) hosted over 24 000 petrol heads and families at GrandWest on March 2 and 3.

CTMS Marketing Director Garth Rhoda says the team is fielding calls from a number of vehicle manufacturers and brands enquiring about 2020, and they are busy with 2019 exhibitors committing to the 2020 show: “In our three years we have seen the show grow in size, from both an exhibitor and visitor point of view. In these three years we have really shown exhibitors and the public an exciting spectacle, and look forward to 2020 being a bumper year.”

“CTMS is a consumer experiential show featuring everything motoring-related, covering cars, bikes, trucks, drifting, 4×4 tracks, test driving, aftermarket products, sound-offs and classic cars. This is not just a static exhibition, the family activities and experiences like the drifting and the show and shine competitions, see people really interacting and being participants in the day. The test driving facility worked well for the brands exhibiting in the Grand Arena.”

CTMS gave away a custom-built MGB GT by Cape Kustoms to a happy Juan van Boom, and a Sym Jet-14 200 went to Matthew Potgieter.

Capitec was the banking partner and brands such as Shelby, Lexus, BMW, Toyota, Suzuki, Mazda, VW, KIA, Renault, Harper Sports Cars and Lindenberg Racing were represented in the Grand Arena and the feedback was positive.

Peter Lindenberg, CEO of Shelby South Africa, said: “It felt like there were more people this year, especially on Sunday we had some good enquiries from what seemed to be genuine buyers. We also represent Ford tools, and everything on the stand sold out.”

Melissa Weatherhead, Customer Relations and Marketing Manager, SMG Auto Cape Town, said: “If you weren’t there you missed out. We are looking forward to CTMS 2020.”

“We loved seeing motoring fans come out in their droves to enjoy the weekend. Although we’ve been involved since the show’s inception, 2019 was a stand-out year with a record number of tickets sold and thrilling exhibits.  We can’t wait to see what 2020 holds.”

Divisional Director of Sun International Mervyn Naidoo is delighted with the growth and success of the CTMS at GrandWest: “The Cape Town Motor Show has grown exponentially over the last three years. Thanks to its success and popularity among Capetonians, this show has become one of the anchor events on GrandWest’s annual entertainment calendar.”