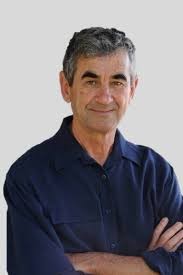 This is the mandatory plan laid down by the Department of Energy for our electricity supply until 2030. What it calls the “least cost” option is, in fact, the most expensive possible option: a mix of wind, solar and imported gas. If implemented, it would shut down the South African economy.

A very similar plan was implemented in South Australia and shows us what to expect in the real world. Driven by green ideology, South Australia shut down coal stations, which had been providing cheap, reliable electricity, and built a lot of wind turbines and some solar power. Australia, unlike us, has an abundance of cheap gas. The result was soaring electricity prices to final customers and two total state black-outs. At one point in July 2016, the price of electricity reached $14/kWh (AU). This is R140/kWh. The IRP’s “least cost” option resulted in electricity prices at one point being over 150 times Eskom’s average selling price.

Nature has made wind and solar inherently useless for grid electricity supply (although excellent off-grid). The sun doesn’t shine strongly most of the time and not at all when most needed, on winter evenings. The wind blows in an intermittent, erratic and unpredictable way. A kWh of solar electricity has low value, wind no value at all – or even negative value. In a free market for grid electricity, nobody would buy any wind or solar. They have to be forced to buy it. The state has to command the system operator (Eskom in our case) to buy their awful electricity.

In its last annual report Eskom stated that its average selling price of electricity was 89 cents/kWh (kWh) and it was forced to pay 222 cents/kWh for renewable energy. But the key point is one, and one, which the Energy Minister, Jeff Radebe, doesn’t seem to understand. Is that 222 cents/kWh is the price Eskom has to pay, not the cost Eskom has to bear, which is much higher.

Here is the most important equation for renewable energy:

The system cost is the cost of incorporating the dilute, unpredictable, intermittent, violently fluctuating solar and wind power into the grid so that it doesn’t shut it down and continues to provide reliable electricity to customers all of the time, including most of the time when the wind doesn’t blow or the sun doesn’t shine. It requires stand-by generators, spinning reserve (generators running at below full power), generators having to ramp up and down and so using more fuel and taking more strain, extra transmission lines and a lot of extra capital. It is very expensive. The renewable companies do not pay for this expense. We, the poor suckers who are forced to buy their electricity, have to do so. Radebe said recently that renewables are “cost neutral” for Eskom. Nonsense. Eskom gets allowance for the extra price of renewable electricity but not for the huge system costs.

I estimate that the system costs for renewables in South Africa now are above 200 cents/kWh. This is based on the costs of the single renewable technology that does cover its system costs: concentrated solar power (CSP) with storage. If the price of wind or solar photovoltaics (converting sunlight directly into electricity) to Eskom were 20 cents/kWh, they would still be ruinously expensive.

The system costs explain an apparent paradox. Every day you hear politicians, the media and green activists telling us that the cost of renewables is coming down and is already cheaper than coal. This is nonsense. Yet, around the world you see the price of electricity to consumers going up as more renewables are added to the grid. This is happening in Germany, Denmark, the UK, Australia, and everywhere else where solar and wind are used on a big scale.

Two things drive renewable energy: money and ideology. The renewable companies hope to make sacksful of money from the people of South Africa. The greens, often funded by these power companies, long to see our lovely landscape dominated by thousands of gigantic wind turbines and solar arrays, sending their electricity to customer hundreds of km away, all linked together in a vast, centrally controlled grid.

If the market could choose, our future electricity would be nuclear followed by coal, and perhaps gas or imported hydro in future. There would be no wind or solar on the grid.

Andrew Kenny is an independent energy consultant with degrees in physics and mechanical engineering. During his 25 year career, he has consulted for amongst others, Eskom, and worked for seven years at the Energy Research Centre at UCT.