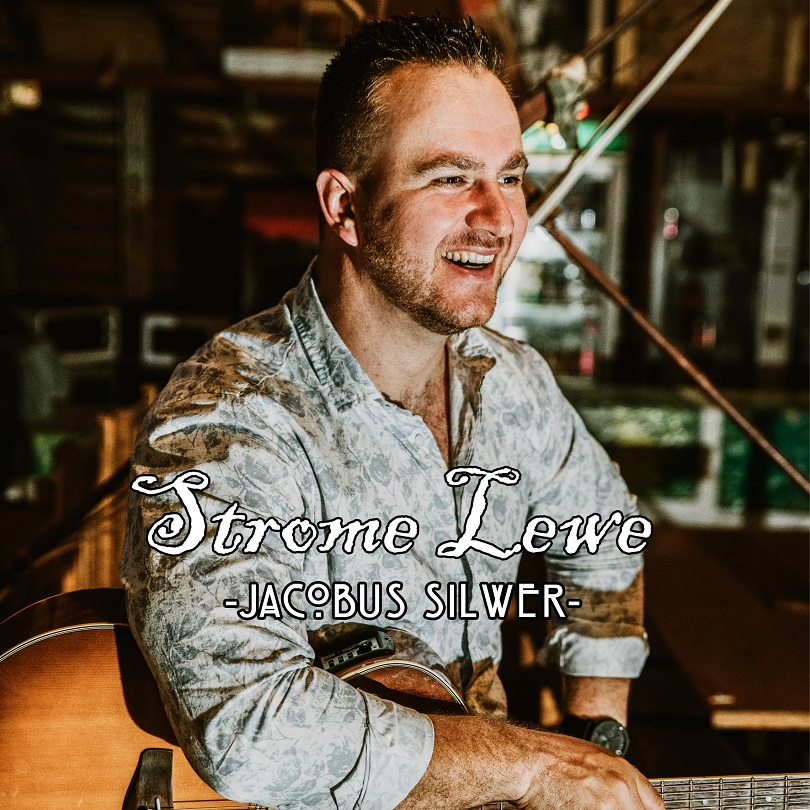 Jacobus Silwer and the charity organisation, ENGO, are currently making waves in the music industry after the release of the artist’s brand new single, which was inspired by the charity’s motto to be a ray of light and hope in the dark. The singer was also recently appointed as one of the organisation’s ambassadors.

“I am a big fan of the “clean slate” principle when it comes to mistakes, bad choices and terrible experiences. STROME LEWE is about new beginnings. It conveys the message that we should learn from our mistakes, but also let go of the past because it is over and should not be holding you back. There are only three things in life that are permanent, the rest – pain, joy, victory, loss, and adventure – are all just temporary,” reveals the talented songwriter and composer about the inspiration behind his latest Afrikaans release.

STROME LEWE is the sixth single from the musician’s own pen and is the perfect match for his deep voice. It has a modern contemporary sound and is about making peace with the past. The catchy tune is not only soothing on the ear and heart, but is also one of those songs that sticks in your head – long after hearing it for the first time. “I hope that when people sing along to this song, they will be able to experience forgiveness and let go of the things that are haunting them – even if only just for a little while. That it will help listener’s realise what is truly important – that everything will pass and that they should be focussing on the things that have eternal value,” he says.

The music video, which was filmed by Palm Photography’s Francois Slabbert on a long stretch road just outside of Bloemfontein in the Free State, shows how much better life could be if you are willing to let go of the past. “In the video I have a brand new road ahead of me, but I carry heavy baggage on my back that makes walking slower and more difficult. It is only when I am willing to let go of this baggage in my mind that it falls away and I can walk freely. It ends with me walking alone on the road… with my guitar of course, because how else would I be able to make music?”, Jacobus shares. “The video was filmed about fifty kilometres outside of Bloemfontein, en route to Fauresmith where my wife Lizzy grew up. She was also involved in the planning of the video.”

Jacobus was born in Pretoria, but grew up in Bloemfontein. He comes from a family of musicians and believes that music is in his genes. He was five when he was able to play a song on the piano for the first time and sixteen when he started playing his father’s twelve string acoustic guitar. This was also the official beginning of his musical journey, because shortly afterwards he wrote his first song and also won a competition with it. Although he studied Graphic Design, he continued to make music and won several other competitions, including Bloemfontein Waterfront Idols and Bloemfontein’s Got Talent. His biggest breakthrough, however, was in 2012, when he was selected to participate in the kykNET program, Ons Soek Die Sanger, where after he walked away with a three-year music contract with Select Music as part of the duet group, Silwer en Goud.

Since resuming his solo career in 2016, he released five singles (Genade vir Afrika, Anderkant die Muur, Wegkruipplek, Dagdroomvastrap en Hond se Kind) and an album. The music video of his first solo album, Genade vir Afrika, was very well received and was seen by nearly 100 000 on Facebook and 24 000 viewers on YouTube. The evening after its release, Radio Kansel invited him for an interview. Over the past five years, his career has grown from strength to strength and he wrote the music and lyrics for two Passion games. This talented man also won the Best Local Band award at The Best of Bloem Ceremony for three consecutive years, in 2016, 2017 and 2018. He and his wife also started the All The Way From Bloem project, empowering and informing songwriters, musicians and composers in their area on how to launch their own music careers.

Because he thinks music is the best way to let people know how he feels, he likes to write about life in general and hopes that it can mean something to somebody, somewhere. When asked about the music he listens to, he admits that he prefers something with a nice melody. He enjoys any genre or style, ranging from classical music to Rock and Blues. “I like artists who have stood the test of time. Local people musicians such as André Swiegers, Coenie de Villiers, Richard vd Westhuizen, Amanda Strydom, Lucas Maree, Anton Goosen, Valiant Swart are all artists I admire, as well as newcomers like Elvis Blue, Bouwer Bosch, Joshua na die Reën, Twee, RKO, Spoegwolf and so on.” He also lists overseas talent such as Andrea Bocelli, Bob Dylan, Neil Diamond, Bob Seger, Labrinth, Zac Brown Band and Mumford & Sons as some of his favourites.

When he is not composing or performing, he also enjoys sketching. “I sketch with black pen and trees are my main focus. There is a quiet wisdom in trees that speaks to me. Those old oak trees that have been in a row for 400 years at Lourensfort in the Cape inspires me! I recently had my own exhibition at an art gallery, Gallery on Leviseur, in Bloemfontein, and my wife and I (who is also a very talented artist and photographer) will be exhibiting there together in October this year.”

Jacobus Silwer believes, like Shakespeare, that the earth has music for those who listen and he wants to share his songs with the world. The modern approach and soulful interpretation of STROME LEWE and his unique voice are the perfect companions for an end product that is not only going to create a hype in the South African music industry, but will also win over the hearts of music lovers of all ages.

STROME LEWE is available on all digital platforms – follow this link to purchase the song: