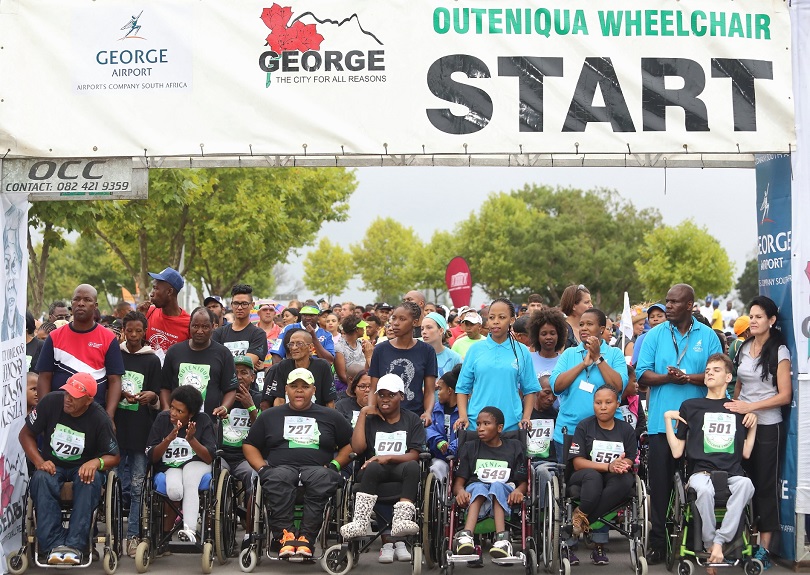 Executive Mayor of George, Melvin Naik today confirmed that due to circumstances beyond the control of the municipality, the 2019 OCC will not take place.

All planning has been in place for several months in accordance with the relevant timelines while officials of the municipality have been working on this project since last year. Airports Company South Africa (ACSA) has following a recent review and despite continuous engagements and correspondence from November last year, only advised on Friday 22nd March 2019 that they are withdrawing their sponsorship for this year.  George Municipality is not able to host the OCC without the co-sponsorship from ACSA.

Reasons given by ACSA to the George Municipality for the withdrawal of funding, include the manner in which the 2018 OCC was organised by the Disabled Road Race Foundation (DRRF) and that they did not comply with ACSA’s social development transformation policy in terms of sponsorship. The food parcels handed out last year (tinned fish, baked beans, packets of biscuits and a bread roll) were sited as an embarrassment and unacceptable causing negative publicity for the event. Airports Company South Africa also indicated that they had not received comprehensive financial reporting on the use of the funds sponsored for the 2016/17 and 2017/18 financial year from the DRRF.

“ We are extremely disappointed that the OCC will not take place this year as we were geared to present the event and had in fact expanded the race to allow for diverse athletes to take part in the main road  competition as well as planning a week long Disabled Sport Festival prior to the main event. Amputees (T42-44, T45-47 and T61-64) as well as visually impaired athletes (T11-13) were to be included in the main race,” said Ald Naik. “I want to thank all the officials who have to date worked with diligence and commitment to ensure that the 2019 OCC would have been a success. We would also like to thank all of the athletes who have enrolled thus far and apologize for the cancellation. We appreciate how upset many of the athletes and participants will be, and want to assure them that the 2020 OCC will return bigger and better than before.”

George Municipality is keeping the communication lines open with ACSA in the hopes that they will in the future continue to sponsor this event – in particular as it is a flagship event for the City of George. The OCC plays an important role in the pre-qualifiying criteria for those athletes wanting to attend the para Olympic games. George Municipality has advised ACSA that we will continue our efforts to source alternative sponsors who would like to link their brand to such a prestigious event.

“I would also like to thank those sponsors who had already committed their resources and time to this year’s event and that they will continue to support the OCC as an event which allows George to be the sporting capital for differently abled sporting codes. I must also thank the Airports Company South Africa offices in George for their enthusiasm and commitment in supporting the event and concede that the decision was taken at a higher level in ACSA,” said Ald. Melvin Naik.