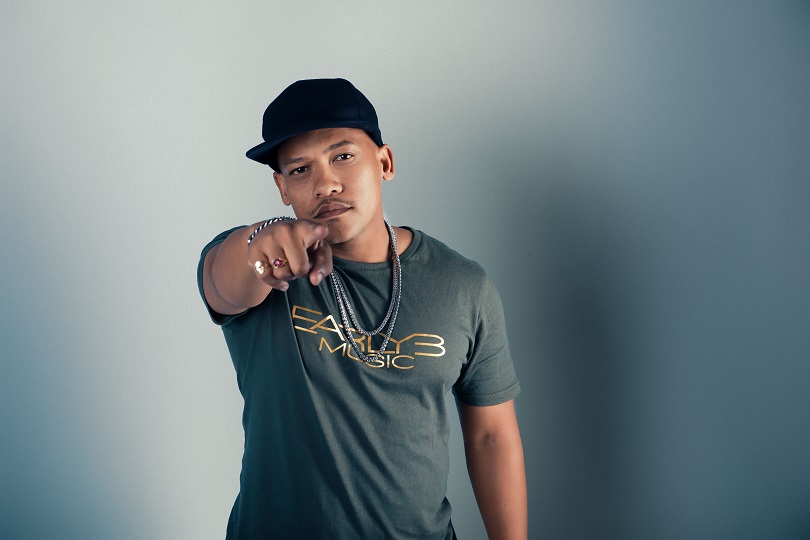 The Ben Ten music video by well-known rapper, Early B has just reached 1 000 000 organic and unique views on YouTube, while his latest music video Potte, already gained more than 980 000 views. His first music video, Leka Djy, is getting close to 1 400 000 views.

All three his music videos are packed with fun and tongue in cheek sets, which his fans love. “Love the song, I get excited when I hear it at the club,” says Timon Lamprey, one of Early B’s fans commenting on the video. “Your music is on fire!” added Bokkom.

Gerhard van Rooyen directed the music videos for Ben Ten and Potte, while Early B and his friend Virgil Jacobs were responsible for the Leka Djy video.

“I would like to thank everyone who watched my videos, especially the uncles and aunts who wasn’t too eager to watch, but did just that because their children wanted to. The videos are definitely a team effort and we’re working well as a team. I would like to use this opportunity to thank a few people – Universal Music, Starburst Promotions, CMG Entertainment, GVR Productions and Rochelle, my sister, who supports me in everything while also managing my dairy. Most important of everyone, I would like to thank our Creator,” says Early B.

Early B is famous for his captious lyrics and funny stories. Over the past 10 years, he has become very popular and a regular performer at some of the country’s largest festivals and shows. Early B is in high demand amongst his fans.

Early B is signed by Universal Music and currently reside in Port Elizabeth. In 2017 he received a Ghoema award for his hit song, Cerebellum and he received 3 Ghoema nominations for this year, with the awards ceremony taking place in April 2019.

BEN TEN and POTTE is available on Early B’s first album, Aangename Kennis, that was released in August 2018.