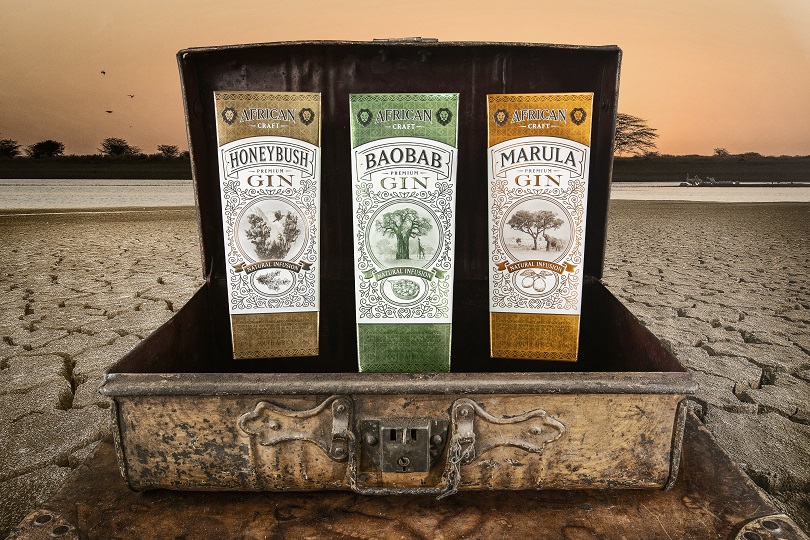 The iconic gin and tonic, or informally referred to as simply the G&T, has been around for quite some time.

The English discovered tonic in the 17th century, but the traditional gin and tonic originated in India in the 18 century. Officers of the British Army in India, in an attempt to ward off malaria, mixed quinine with sugar and water, creating the first ever Indian Tonic Water. It was made more palatable when they added some gin to the mixture. The original gin and tonic was thus born, and soon became the classic drink of the British Empire.

Over the past few years gin has become an even more popular alcoholic beverage, with various gin cocktails becoming almost as loved as the gin and tonic. This spike in the popularity and consumption of gin is often referred to as the modern gin craze. What many gin lovers don’t know is that there has been a gin craze before. The original gin craze was a period in the early 18th century where gin consumption increased rapidly in Great Britain. This period was also referred to as “Mother’s Ruin”. During this period people were drinking away their sorrows and the city of London was drowning in gin – there was over 7 000 gin shops just in London!

Luckily, the idea of today’s gin craze is not nearly as distraught and mainly revolves around infused gins, flavoured tonics, and all the fruits and spices that are used to make a gin and tonic extra special. The industry is booming and has become somewhat of a culture – gin bars, gin tastings, merchandise and gin fanatics!

Some amazing and innovative brands and products have developed as a result of this trend. One of these brands is Select Beverages Company with their various gins. This company was established in 2018 and are taking craft gin to the next level. They have a variety of gins and even a tequila you can choose from. They have Chroma Gin, consisting of six fruit inspired gins, Benedict’s London Dry Gin, Elderflower Gin, Sicario Tequila and finally the African Craft Gin range. “We love the diversity and possibilities that have formed from the booming craft gin industry, and we are so excited to be a part of it,” says Kosie van Niekerk, co-founder of Select Beverages Company.

“Our African Craft Gin range consists of three different infusions: marula, honeybush and baobab. We celebrate all that Africa has to offer by incorporating these beautiful African fruits and flavours into our gin. There is so much history and culture related to the resources we use to flavour the gin,” says Brendon van Niekerk, co-founder of Select Beverages Company. Get the true feel of an African safari while sitting at home and enjoying a gin and tonic.

The marula is one of Africa’s most iconic fruits. This fruit has been used by African people for many years. Also referred to as ‘Wildlife’s Booze’, the marula is known for the intoxicating effect it has on animals, especially elephants. When a marula fruit falls off the tree, it starts fermenting while on the ground. The animals resort to feeding of food lying on the ground, instead of hanging in the tree, because of the harsh climate and scarce food resources in some parts of the Savannah. When eating these fermented fruits the animals will seem drunk and stumble around like a person that has had too much too drink – thus is was given the name ‘Wildlife’s Booze’.

When looking at the baobab tree it may appear as if the tree is growing upside down, with roots growing where the leaves should be. Many stories have been told by Africans over the years as to why baobab tree looks like this. The Shona folklore told the most famous story about the baobab’s ‘Bad Mouth’. The story tells that the baobab tree was one of the first fauna and flora of Africa that God had created. The baobab tree had a bad mouth and was rude to God’s other creations. When God had finally had enough of the baobab tree, he pulled it out of the ground and put it back upside down – it could never say anything bad again.

The honeybush is known as ‘Africa’s Doctor’. The Khoisan believed that the tea made from the honeybush plant had the power the cure any ailment or disease. Today we know that honeybush tea cannot cure any ailment but does have many health benefits. It can be used to treat bacterial infections, asthma and can prevent colds and coughs. It is an excellent source of flavonoids, polyphenols, phenolics, and other antioxidants.

Select Beverages do not only pride themselves on their excellent gins, but also on the process they implement to produce them. Unemployment is a major issue in many parts of Africa. Select Beverages make use of traditional harvesting methods and create jobs for many locals. The majority of their infusions are harvested by rural farmers, and through this they provide livelihood for generation after generation.