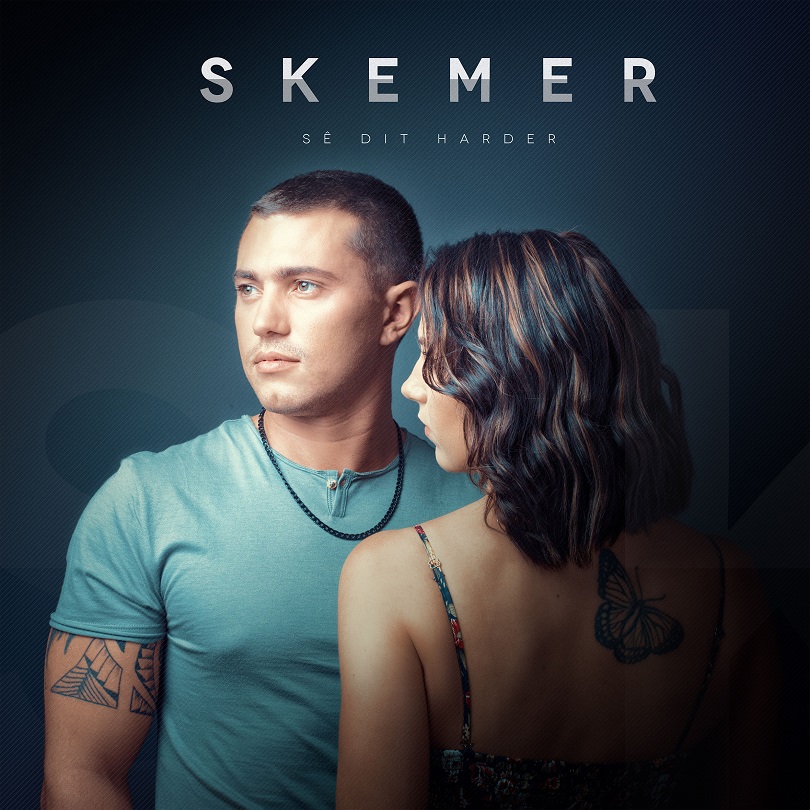 SKEMER, South Africa’s latest husband-wife duo, has just release their debut single and it has been extremely well received. SÊ DIT HARDER, which can be described as a modern Country song with pop influences, is like a breath of fresh air in the music industry.

SÊ DIT HARDER was written by well-known songwriter, Johan Oberholzer, and encourages listeners not to keep their emotions bottled up. “It is a song about sharing your feelings with the world. People are often too shy to tell a special someone that they like them, because it is not only about telling them, but also about showing them. Therefore, we wanted to challenge everyone to speak up about what they are feeling,” shares the duo about their first feel good song. “The song also has significance in our own relationship, because it is very important to share your feelings with your partner. We hope that the public will like the song and that we can make a difference in the lives of our fans.” A music video for this hit, is also planned for later this year.

SKEMER, the double act made up of Armand and Andrea Espach, was formed in 2017. The pair fell in love after meeting on Facebook and decided to combine their hearts and musical skills to make their mutual dream a reality. The group, which marks the release of their debut single as a career highlight, is passionate about music and loves sharing their talent and energy with audiences. In the short time they have been performing together, they have showcased their music at various schools, weddings, festivals, restaurants and functions. They were also the opening act for one the internationally acclaimed band, Prime Circle’s concerts.

Armand Espach only decided to pursue a career in music when he turned twenty-one. He has always been a fan of Country and there was no doubt in his mind about which genre he wanted to specialise in. It did not take him long to become a well-known and regular performer at entertainment spots and functions in and around Polokwane, drawing the attention of a few big names in the industry. Since then, he has opened for stars like Juanita du Plessis and he also shared the stage with Theuns Jordaan in 2010 at Airport Africa Lodge. The artist enjoys listening to feel good music and shares that the industry has taught him to work hard in order to make his dreams a reality.

Andrea Espach is the talented and soothing female vocalist behind SKEMER. This soulful singer was born to perform and started singing at the age of fourteen. She is also a very good dancer. She started with formal vocal training with ADAM’s Kyle Grant and won the first ever Copperstone talent search. Since then, she has performed at various festivals like Innibos, restaurants and corporate functions. Andrea absolutely adores children and would have loved to be a teacher if thing worked out differently. The music industry has taught her to be humble and to make the best of every opportunity that comes her way.

To touch people’s hearts with their music has always been this recently married duo’s main objective and is something they have managed to achieve with their latest single. “We are already working on our next single. I lost my brother in a car accident a couple of weeks ago. He used to play guitar with us and wrote a song with Armand a few months before his death. We shared the same dream and want to follow through on his last wish. I think people are going to love this song,” Andrea reveals about their plans for the future. “We also want to release an EP by the end of the year and make our mark in the music industry.”

SÊ DIT HARDER is not only a spectacular introduction of SKEMER’S talent to listeners and radio stations, but also showcases their ability to create something exceptional in a musical style that can be very ordinary.

Sê DIT HARDER is available on all digital platforms.  Purchase it here: