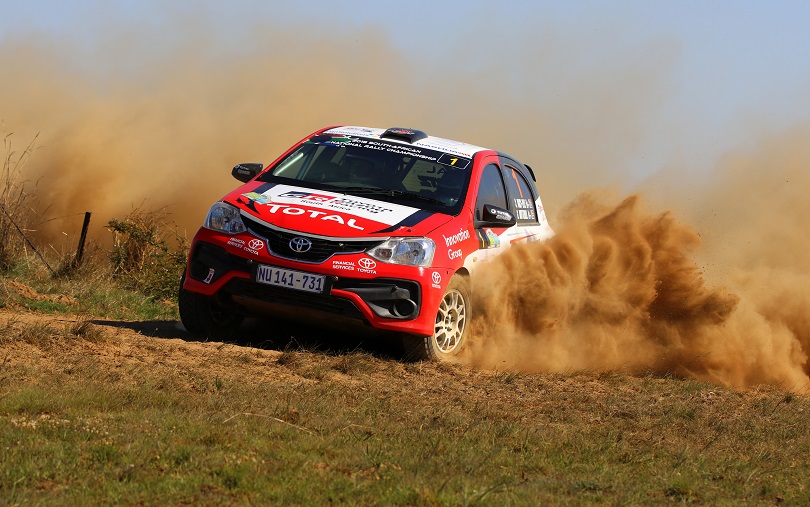 Brian Joss – South Africa’s National Rally Championship (NRC) will make its eagerly-awaited return at the Cape Overberg Grand Prix, which starts in Caledon in the Western Cape on Friday March 29.

The NRC is one of the premier events on SA Motorsport’s racing calendar and is celebrating its 28th year of competition this year. As always, rally fans can look forward to fast paced rally action throughout the season!

Race organisers will be using NRC partner Ctrack’s advanced vehicle tracking capabilities to track and monitor the competitors. Ctrack tracking units will monitor braking and cornering forces of the cars, as well as the top speeds recorded by all participants at critical stages of the two-day event.

These tracking units add an extra dimension to the information that is available to the SA Rally control room and race marshals and affords them better insights into what is happening at every race.

Critically, emergency personnel will be notified should a vehicle be involved in a crash or rollover, making it possible to reach the exact location quickly. The control room will track the cars on laptops using advanced software, while emergency personnel and marshals will use the Ctrack mobile app on their mobile phones.

“Our solutions and software capabilities are put to the ultimate test and go beyond expectations on the NRC circuit,” says Hein Jordt, MD for Ctrack South Africa.

“The Ctrack solution supports both quick decision making in emergency situations and supports results analysis in each of the stages of the rally. We are proud to be associated with Rally SA, where driving excellence is actively combined with our innovative technical solution.”

The Cape Overberg Grand Prix will start from Rola Caledon Ford around lunch time. The first spectating stage is a 10-minute drive from the start and will be repeated so spectators can enjoy a double dose of the action.

Friday evening will see the cars in Caledon at the showgrounds, while Saturday’s action will be around the Klipdale area from as early as 8am until around 3pm.