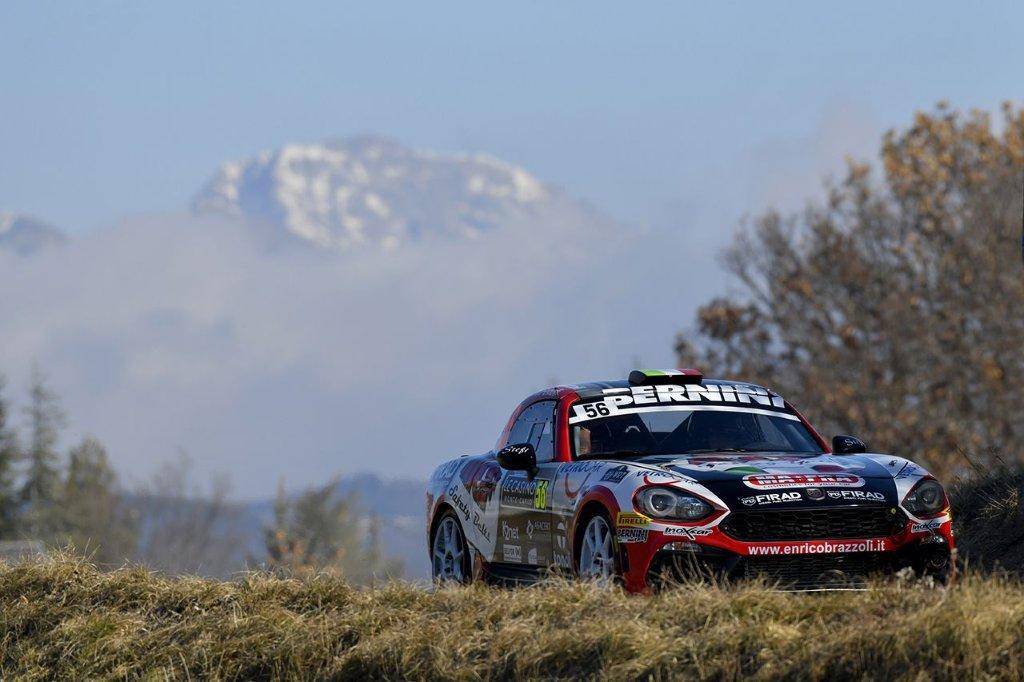 Brian Joss – After having reaped the maximum score with the class win in the Monte Carlo Rally, Italians Enrico Brazzoli and Manuel Fenoli with their Bernini Rally Team Abarth 124 rally will be defending their primacy in the FIA R-GT Cup in the Rallye Tour de Corse.

The course started from Porto Vecchio today (Friday, March 29), and will end in Calvi on Sunday, the same day that Carlo Abarth founded Abarth & C. 70 years ago.

Italians Alberto Sassi and Fabio Cangini will be driving the second Abarth 124 rally of the Bernini Rally Team and making their debut in the spider with the Scorpion badge.

The course of the Tour de Corse, one of the toughest of the World Rally Championship calendar, with its 10,000 curves and the long special stages, enhances the performance of the Abarth 124 rally. As demonstrated last season, the car exudes its ability on winding, technical stretches with changes of grip, where the traction, agility and handling qualities of the 124 rally can make the difference.

Last year, Abarth placed four cars in the first four places of the R-GT category, with the victory of Frenchmen Raphael Astier and Frédéric Vauclare, who also secured the 17th place in the absolute ranking, ahead of Italians Andrea Nucita and Marco Vozzo.

The French appointment within WRC will start in Porto Vecchio on Friday, March 29. The first leg will be disputed in the south of Corsica and will consist of six special stages. On Saturday, March 30 the race will move to the north for the second leg of the race from Bastia with other six timed stages and with two crossings on the Castagniccia special stage which is almost 50 kilometres long. The rally will end on Sunday in Calvi with the last two special stages. In all, the route covers 1194 kilometres, 347 kilometres of which are special stages.

The Rallye Tour de Corse is the second round of the FIA R-GT Cup, a sort of the GT “world championship” that last year was won by the 124 rally.