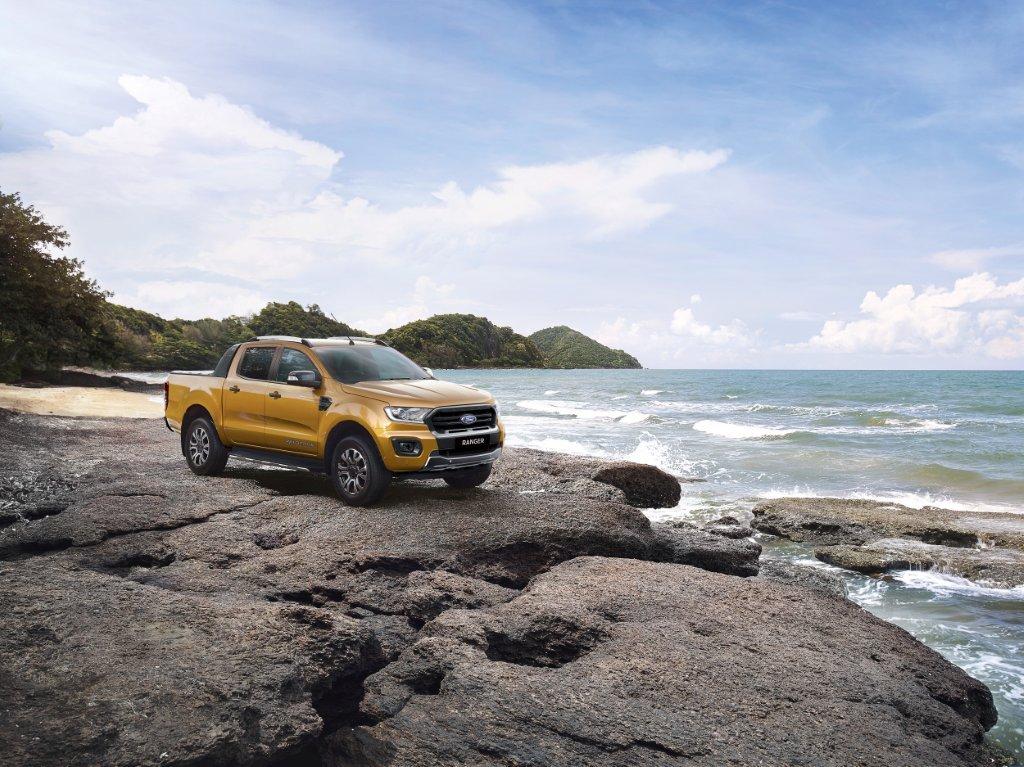 Remember the days when a bakkie was a bakkie, a workhorse used by plumbers, electricians and builders for the daily grind, with a few workers sitting on the edge,  clinging on for dear life. The ride was usually hard and uncompromising; you could feel every bump;  the cabin usually cramped, springs peeping out of the seats, hot and stuffy, and the only air conditioning was the open window which made the wind noise almost unbearable.

But things have changed and for the better. Just look at the Ford Ranger range and not only the Wildtrak.  The Ranger is giving the Toyota Hilux a run for its money and Naamsa figures show that in some months last year it outsold the popular Japanese marque.

Some of the styling changes on the Wildtrak double cab, the test vehicle, include an in-your face grille; coded colour finishes, roof rails and you can choose one of the new colour options including a metallic Pride Orange, for a bit extra. The test Wildtrak was an attractive silver.

Once inside, you can see how much the Ford Ranger has changed from just being a pick-up to a lifestyle vehicle that can take you off the beaten track without too much trouble. I didn’t try the Wildtrak on any 4×4 track this time around but I have done in a Ranger which pretty much went anywhere. The Ranger Wildtrak will also go anywhere. The electronic transfer case allows you to switch between 2H and 4H on the fly and you can engage the rear differential lock through a button on the dashboard.

Some of the classy touches include leather trimming and Ford’s Sync3 infotainment system and you can link your smartphone through the eight inch touchscreen via Apple CarPlay or Android Auto.

The Wildtrak is powered by a 5-cylinder 3.2-litre turbodiesel engine which puts out 147 kW and 470 N.m mated to a 6-speed automatic transmission.

Although the WIldtrak can be used by tradesmen, it’s much more of a lifestyle vehicle where you can easily head for the road much less travelled and not worry too much about getting bogged down in heavy sand and with a  ground clearance of 230 mm, it can drive through water 800 mm deep. It also has a towing capacity of 3 500 kg. You can also use it for your daily commute and with its stylish looks it wouldn’t be out of place driving up to a five-star hotel. It’s got quite a wide turning circle, and although the steering wheel has fingertip control squeezing into smaller spaces may pose a bit of a problem.

The big motor easily propelling the two tons it weighs up some of the steeper mountain passes in the Peninsula. The Wildtrak was surefooted on the tarmac sucking up all the bumps with ease. There was no body roll to speak of and it took the corners with confidence. I couldn’t detect any turbo lag but I did miss the growl of a diesel. When you pushed down hard the Wildtrak did battle a bit to get going.  However, once it reaches the legal limit it could happily cruise all day. The Wildtrak with its six-speed autobox is a boon in heavy traffic: it goes with the flow. Or not. And even the most recalcitrant driver will give way when he sees this behemoth bearing down on him through the rear view mirror. The seats provide lots of support and they are comfortable, for the rear passengers as well, although not a great deal of legroom at the back.

Safety features include adaptive cruise control and lane keep assist, among others, and seven airbags.

The Wildtrak is thirsty but not as thirsty as I thought it would be. Ford claims 9.0l/100km but my figures were nearer 11l/100km which included open road and city driving. Expect the figure to climb substantially if you use it as your daily ride. With sensible driving you could extract 800 km out of the 80 litre fuel tank.

Last year in August the 500 000th Ranger bakkie rolled off the assembly line at Ford’s Silverton plant in Pretoria and as coincidence would have it was the Wildtrak 3.2 Double Cab in the exclusive Pride Orange livery. Ockert Berry, VP Operations, Ford Middle East and Africa, said at the milestone moment that Ford invested more than R3-billion for the launch of the Ranger in 2011 with a further R3-billion investment in 2017 to meet the growing worldwide demand for the vehicle, which is exported to over 148 markets including Europe and the Middle East. In February, Ford SA started production of the upgraded Ranger while the long-awaited Ranger Raptor will go on sale in the coming months, according to Neale Hill, managing director of FMCSA.

Interestingly, the Ranger was originally a sedan, a General Motors brand which lasted from 1968 to 1978. Here it was marketed as “South Africa’s Own Car” and was built in Port Elizabeth, from 1968 to 1973.

But back to the future: the Ford Wildtrak talks the torque. It is a very sophisticated “bakkie”, which because of its size and styling attracted a lot of attention from the “kyk-daars”, even my neighbours gave it a second look. And they’re used to seeing Mustangsand other exotics parked in the driveway. The Wildtrak is a head-turner. It looks and feels upmarket and has that “it” factor. The build quality is good too. The Wildtrak has a price sticker of R655 900 and comes with a 4-year/120 000 km warranty and a 5-year/100 000 km service plan.