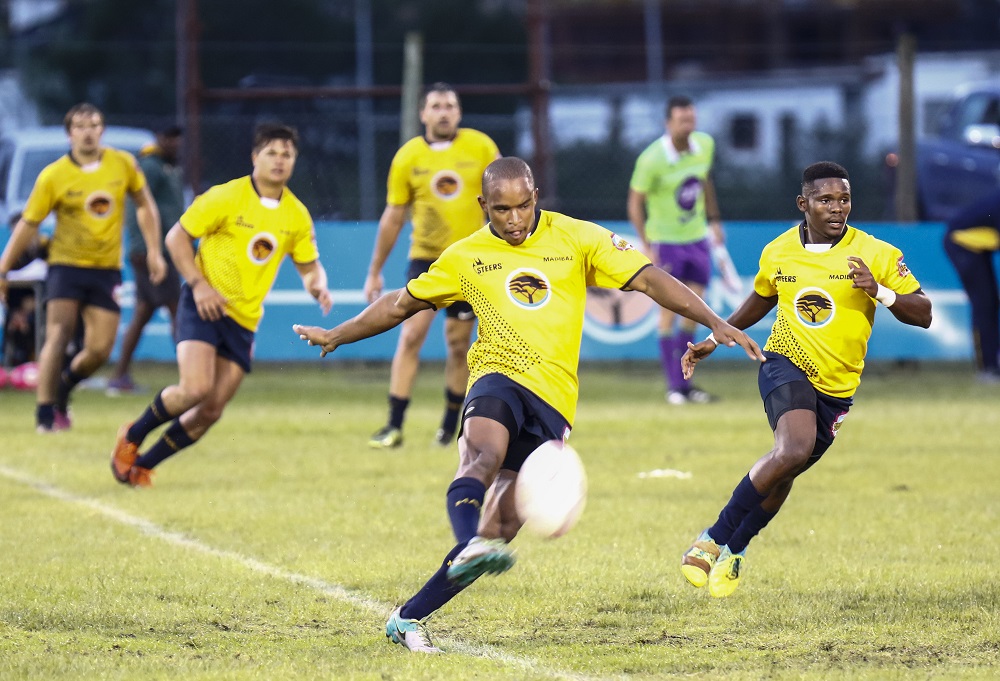 It will be more of the same in terms of preparations by the FNB Madibaz rugby team as the FNB Varsity Shield reaches its business end with this week’s semifinals.

The matches take place on Thursday, with the Nelson Mandela University outfit hosting KwaZulu-Natal University at the Madibaz Stadium in Port Elizabeth at 7pm.

Madibaz coach Jarryd Buys said they understood the magnitude of the occasion, but they would not change an approach which had brought them six wins out of six games so far.

“We know that past results don’t count for anything now, but we’ll not treat this game any differently to the others we have played this season,” he said.

“We will be following the same processes we have had in place since the first warm-up game early in the year.

“Our focus is on making sure we stick to the basics and not try to do anything fancy.

“What we have done so far has earned us 30 log points and we just want to make sure we improve on what we have been doing and strive to be better in the semifinals.”

Madibaz wrapped up the round-robin phase of the competition with a 32-9 win over Fort Hare University last Monday and have had some time off since then.

Buys felt the slightly longer break had come at a good time for the squad.

“I think it will help us because the last game in Alice was played in heavy rain and it turned into a forward-orientated game.

“The guys’ bodies were a little bit sore after that, so the extra days will definitely help.

“In addition, they have had academic commitments to fulfil and it has probably worked out for the best.”

He added that it had given them an opportunity to focus on areas of concern they had spoken about this season and to try to improve on them.

The Kwazulu-Natal side would present a huge challenge, the coach said.

“UKZN stayed in the fight for a long time in our earlier game this season and we have to make sure we get the basics right from the get-go.

“This is a chance for the team to show how they can handle the pressure as we strive to create a winning habit in our play.

“We can take confidence from the way we have performed so far and, as a group, I’m hoping that will carry us through.”

In the other semifinal, Cape Peninsula University of Technology will be at home to Walter Sisulu University.

CAPTION: Luvo Claassen of Madibaz kicks ahead in last week’s Varsity Shield rugby match against Fort Hare University in Alice. Madibaz won 32-9 and will now play University of KwaZulu-Natal in the semifinals at Madibaz Stadium in Port Elizabeth on Thursday at 7pm. Photo: Michael Sheehan