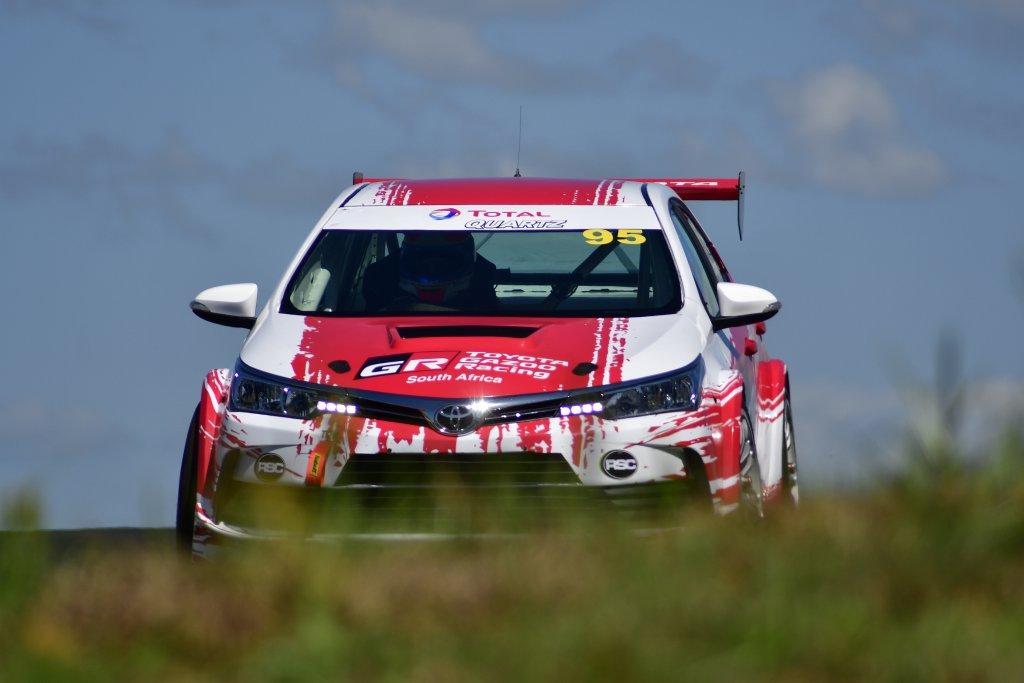 Brian Joss – There will be plenty of pressure on Toyota Gazoo Racing SA’s Michael van Rooyen, when he takes to Zwartkops Raceway for Round 2 of the 2019 GTC this coming weekend.

Admittedly, most of that pressure is self-imposed, but even so the man from Rustenburg is keen to put in a strong performance, especially in qualifying.

“I’ve been quick in practice at Zwartkops in the past, but somehow always lacked performance in qualifying. That’s something I’ve worked on, and I’m focussed on getting my qualifying right for the opening race this weekend,” said Van Rooyen earlier this week.

Despite this pressure, the Toyota Gazoo Racing SA driver is excited to show the new Toyota Corolla GTC car to the fans around the car’s home base, as well as sharing the excitement with some VIP guests from Toyota SA Motors.

Van Rooyen, however, is acutely aware of how tough the Zwartkops races usually are: “The competition is always fierce here. Zwartkops is home base for most of the teams, and we’ve also had most of our GTC races here. So everyone knows the track, and finding any advantage will be a challenge.”

With that said, Van Rooyen is possibly in the best physical shape of his career, having recently finished the Cape Epic mountain bike race. As such, he will be hoping that fitness may just give him a slight edge come this weekend’s racing.

“I had a good opening round at Dezzi Raceway for Round 1, despite the mayhem of Race 1, where a number of cars came together,” concluded Van Rooyen. “In the end I managed to bag some valuable points, and I’m looking forward to this weekend tremendously.”

Round 2 of the GTC forms part of the Extreme Festival, which takes place on Saturday, 6 April at Zwartkops. The racing starts at 8am, and will continue throughout the day, with GTC, Falken Polo Cup and a variety of other formulas taking part.

CAPTION:  Michael van Rooyen:  ready for round 2 of the GTC series. Picture: Motorpress