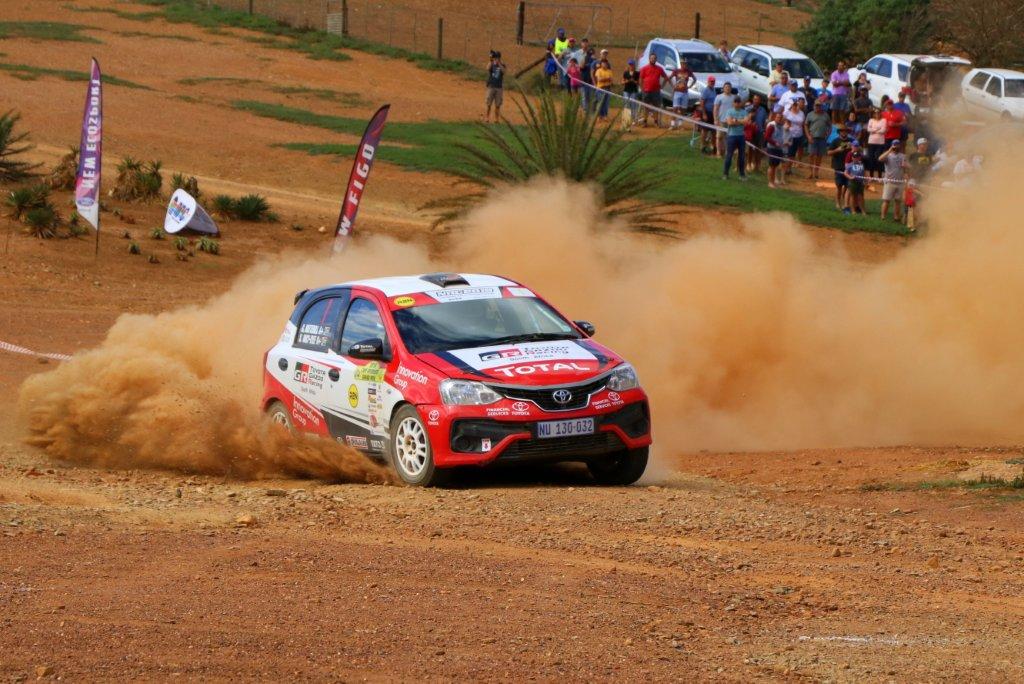 Although racing with a small advantage of coastal conditions allowing the 1.6-litre naturally-aspirated four-cylinder engine to breathe slightly easier, not much came of the threat of the new turbo-charged competition in the form of 2018 runner-up AC Potgieter/Nico Swartz in their new 1-litre VW Polo R2N.

“We ran on the rev limiter on just about every stage on this event’s well-known high-speed flowing stages, but the Etios came out tops – as usual,” said an elated Botterill at the finish in the small agricultural town of Klipdale in the Western Cape.

Botterill echoed what almost all the national and regional championship competitors said after the two days of racing in the flowing hills between Caledon and Klipdale.

“We had a fantastic start to the season. We couldn’t have asked for anything better. Everything was faultless; the team was absolutely amazing. I went out and drove and we never had a single problem on any of the stages. The roads were phenomenal and we were on the limiter sometimes. It was really good to be back in the Cape again. We missed this round last year (when the national series skipped the Western Cape),” the defending champion said.

“Our biggest worry going into the event was Potgieter’s new turbo-charged Polo, which has a lot more torque than our normally aspirated car,” said Botterill. “They clearly had some issues with the new car but showed excellent pace when they hooked it all up. So, we’ll keep an eye on them for the next event, which takes place at high altitude.”

The new-generation Volkswagen Polo with its turbo-charged engine battled with overheating yet managed to complete the event without other problems bar a 70-second penalty for Potgieter when they battled to get the car started. The problem seemed to have been a worn sensor for their sequential gearbox.

The Etios still had a leg over the Polo by beating it in each of the event’s 14 stages bar S7, the first stage on the second day where Botterill was first on the road and had to “sweep” the route, and then S11 when they lost around 4 seconds because of an overshoot – something rally drivers always blame on the navigators.

“This time it wasn’t Simon’s fault. We went over a few blind crests with the same instruction one after the other, but the last one included the fact that we needed to turn immediately after the blind rise and I simply wasn’t listening. I opted to go off the road into an open field as there were no fences, rather than trying to take the corner too fast and risking a roll-over,” admitted a red-faced Botterill with his navigator within earshot with a grin on his face.

The altitude of the next event, formerly the York Rally, may well count against the Class R2N Toyota Etios, while the turbo-charger of the Volkswagen could swing things in the favour of Potgieter/Swartz. The second round is set to take place in the area around the town of Sabie on 26 and 27 April, 2019. Details of the event, including the sponsor, will be announced in due course.

Whatever the case, it promises to be a key event in the championship, and one that Botterill will be extremely keen to win.

“The Sabie rally has been the scene of many upsets over the years, and some of the biggest names in rallying have struggled to win the traditionally tough event,” concluded Botterill. “But we’ll approach it the same as always – prep the car as well as we can and try to keep our race as clean and tidy as possible.”