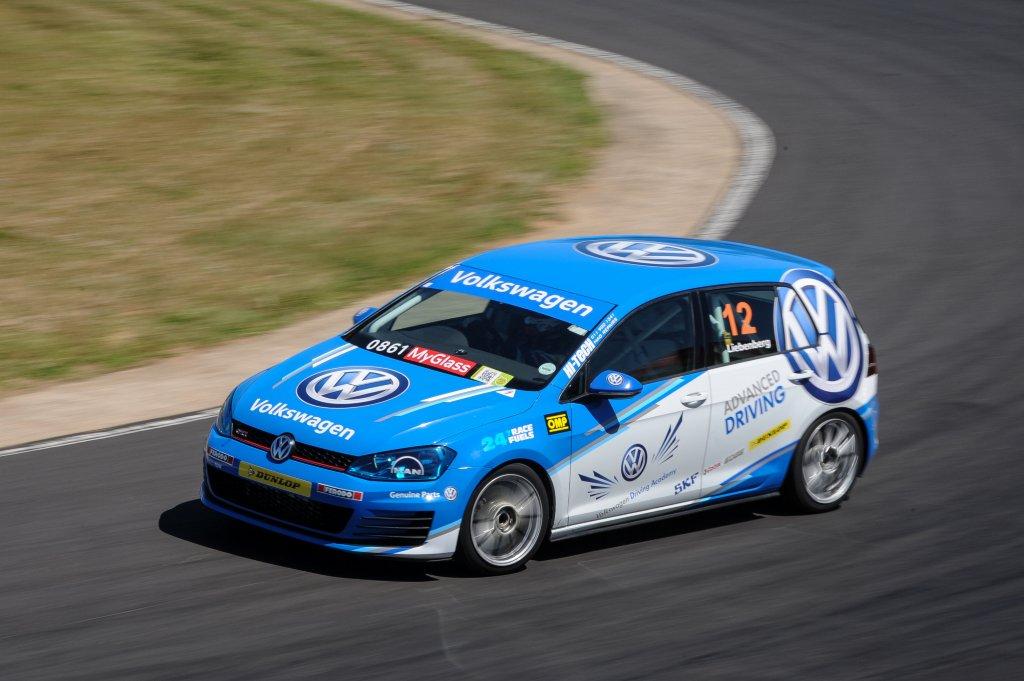 Brian Joss – Volkswagen Motorsport had an impressive showing at the season-opening round of the Global Touring Car series at Dezzi Raceway in Kwa Zulu-Natal.

The team is aiming to continue this strong performance in GTC and GTC2 when South Africa’s premier circuit racing formula arrives at Zwartkops Raceway on 5 and 6 April 2019.

Round 1 of GTC at the undulating Dezzi Raceway circuit in Port Shepstone saw Volkswagen Motorsport claim the early advantage in the Manufacturer’s championship thanks to a sterling performance from its factory drivers.

After tasting victory at Zwartkops during the 2018 season, the team has its sights set on returning to the top of the podium this year.

Keagan Masters stole the show in his debut outing at Dezzi Raceway in the premier GTC series, driving the powerful Volkswagen Motorsport Jetta for the first time. Having moved up from the GTC2 championship which he dominated for the past two years, the 19-year-old scored an outstanding second-place place finish in race one followed by fourth in race two with the reverse-grid starting order. This earned him a well-deserved second overall for the opening round.

Zwartkops is effectively the home circuit for Masters, who lives in nearby Hartbeespoort, and he knows the circuit very well after winning multiple

GTC2 races there in his Golf GTi in recent years. He will be hoping to continue his impressive form to consolidate his position at the sharp end of the GTC field.

Team-mate Daniel Rowe scored a popular GTC win at Zwartkops last year and has a wealth of experience to count on during his third season behind the wheel of the GTC Jetta. Having enjoyed a clean and consistent opening round in which he scored two third-place finishes at Dezzi Raceway, Rowe is well placed to challenge for victory when the lights turn green.

In GTC2, the VW Golf GTi continues to be the class of the field. Volkswagen Motorsport’s Bradley Liebenberg claimed a clean sweep of the opening race, handing him the early championship lead.

Liebenberg’s biggest challenge will come from team-mate Adrian Wood in the Kyocera-branded Volkswagen Motorsport Golf GTi. Wood was second in the opening event and, with just six points separating the two drivers, both will be racing for maximum points in front of the Zwartkops crowd.

“The first race of the season proved that we have a fantastic team and a great car this year, and our objective is to win next time out,” said Mike Rowe, head of Volkswagen Motorsport. “Daniel won at Zwartkops last year so the circuit suits the Jetta, and with two excellent and highly motivated drivers, we will be gunning for victory.

“It will be fantastic if we can wrap up the race weekend leading the manufacturer’s and driver’s championships,” Rowe added.

Three practise sessions are scheduled for the GTC and GTC2 drivers on Friday.

5 April at Zwartkops Raceway. Qualifying for the two classes is expected to commence at 09:30 on Saturday 6 April, followed by the popular GTC Grid Walk at 12:00, which is open to specators. The two 12-lap races are planned to start at 12.15pm and 2.50pm respectively.